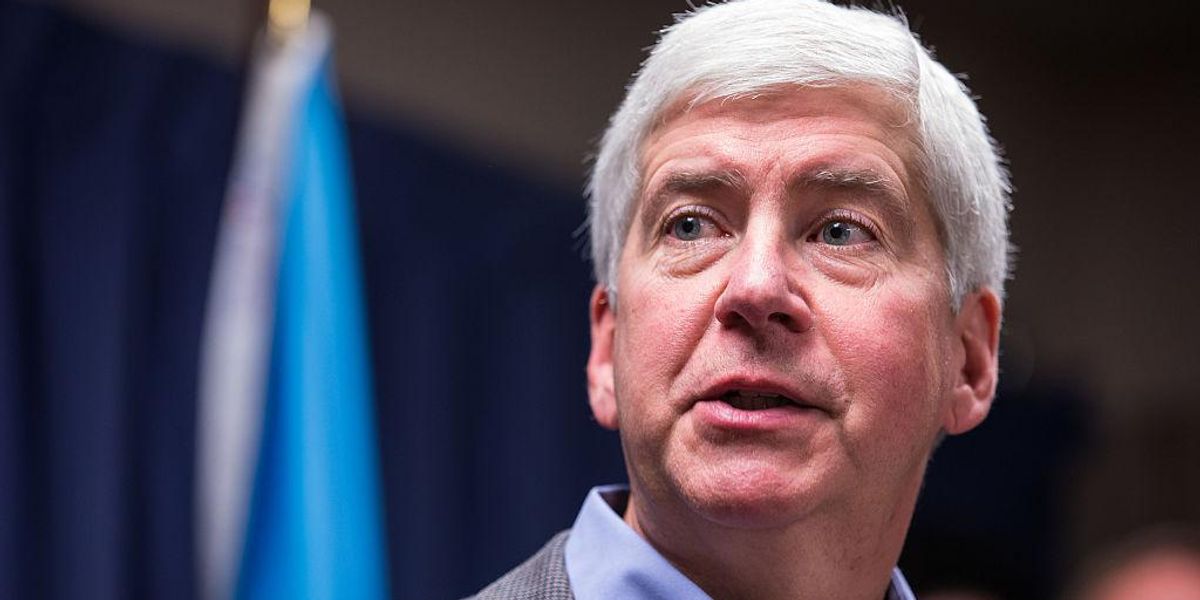 A Michigan judge has dismissed charges leveled at former Governor Rick Snyder regarding the 2014 Flint water crisis because the charges “were not properly brought.”

In early 2021, Attorney General Dana Nessel filed charges against nine state officials, including Snyder, who, she said, were responsible for the decision to draw municipal water from the Flint River temporarily while a new pipeline to Lake Huron was under construction. Unbeknownst to Flint-area residents, though, the water diverted from the Flint River was not properly treated, and an old pipe system containing lead often meant unsafe drinking water was funneled directly into their homes. Investigators claimed that the contaminated drinking water may have caused an outbreak of Legionnaires’ disease, which claimed the lives of 12 people and affected at least 90 others.

Rather than secure indictments for the state officials through a grand jury, Nessel’s appointed special prosecutor, Fadwa Hammoud, and Wayne County prosecutor Kym Worthy exploited a loophole in the Michigan legal system which permits a one-judge grand jury in rare circumstances. Hammoud and Worthy appointed Judge David Newblatt of Genesee County to act as that one-judge grand jury and invested him with full authority to investigate evidence and issue indictments.

Newblatt ultimately indicted Snyder, who was governor when the Flint water decision was made, on two misdemeanor charges of willful neglect of duty, making Snyder the first person in the history of the state to face charges regarding his or her actions as governor. Other state officials, such as former Michigan health director Nick Lyon and Michigan chief medical officer Eden Wells, faced much more serious charges, including involuntary manslaughter.

However, over the summer, the Michigan Supreme Court issued a unanimous ruling which invalidated the charges against Snyder and the eight other state officials, claiming that Newblatt had no authority “to issue indictments” as a one-judge grand jury.

Now, Genesee County Judge F. Kay Behm reiterated the Michigan Supreme Court’s ruling and claimed that the indictments against Snyder “were not properly brought and must be dismissed at this time.” Behm did not technically dismiss the charges herself. Her ruling sends the case to a lower court for dismissal, the Detroit Free Press reported.

Nessel’s office has vowed to appeal. “We are confident that the evidence clearly supports the criminal charges against Rick Snyder,” it said in a statement, “and we will not stop until we have exhausted all possible legal options to secure justice for the people of Flint.”

Still, the six-year statute of limitations on the case has already lapsed, which may make any future prosecutions in this case difficult. So far, only one person has been held legally accountable for the Flint water crisis. Corinne Miller, a former Michigan Department of Health and Human Services official, pled no contest in 2016 to a charge of willful neglect of duty. She was sentenced to a year probation, 300 hours of community service, and a $1,200 fine, the New York Post reported.

A $626 million settlement for Flint residents was approved by a federal judge last year. Snyder left office in 2019.

‘Black people can harbor anti-Black sentiments’: CNN commentator argues former officers charged in Tyre Nichols’ death could have been influenced by racism
The Cartels Could be our Greatest Threat
NBC Dishonestly Hypes Lawsuit Against DeSantis for Banning CRT
American Fashion Model Jeremy Ruehlemann Dead at 27
The (Further) Case for the Free Market in Education