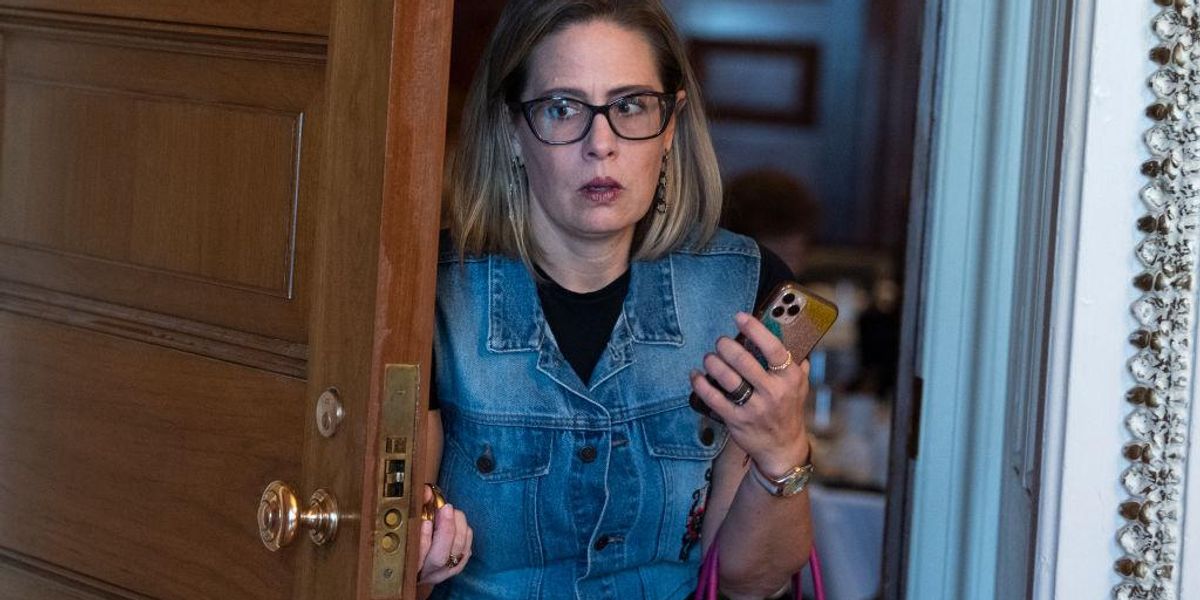 Republicans may have missed an opportunity to pick up a U.S. Senate seat in Georgia this week, but Democrats will soon be missing a senator.

Arizona Sen. Kyrsten Sinema has announced that she is leaving the Democratic Party, driven out by “extreme voices” driving the party “toward the fringes.”

Rather than caucus with Republicans, Sinema, who started out with the Green Party, is registering as an independent — a move that will not bereave Democrats of their majority, but may nevertheless change certain dynamics in the Senate.

Sinema posted a video to Twitter on Friday, noting that she has “joined the growing numbers of Arizonans who reject party politics by declaring my independence from the broken partisan system in Washington and formally registering as an Arizona Independent.”

u201cIn a natural extension of my service since I was first elected to Congress, I have joined the growing numbers of Arizonans who reject party politics by declaring my independence from the broken partisan system in Washington and formally registering as an Arizona Independent. 1/3u201d

The prospective independent penned an op-ed in the Arizona Republic, saying, “There’s a disconnect between what everyday Americans want and deserve from our politics, and what political parties are offering.”

“Everyday Americans are increasingly left behind by national parties’ rigid partisanship, which has hardened in recent years,” wrote Sinema.

The senator suggested that both parties have failed to demonstrate “much tolerance for diversity of thought” and that “payback against the opposition party has replaced thoughtful legislating.”

A liberal by any other name

After Sen. Raphael Warnock (D-Ga.) won Tuesday’s runoff election, the Democrats imagined they’d have 51 seats against Republicans’ 49 in the Senate, plus Vice President Kamala Harris’ tie-breaking vote. Now, at least on paper, they’re back down to 50.

Despite the ostensible power change, it may not prove too destabilizing for the Democrats.

Sinema, elected to the U.S. House in 2012 and the Senate in 2018, intimated in her op-ed that this change is cosmetic, suggesting that her work in the Senate won’t be altered and that her “service to Arizona remains the same.”

Along the same lines, Sinema told Politico, “Nothing will change about my values or my behavior.”

“I don’t anticipate that anything will change about the Senate structure,” she said, adding that she intends “to show up to work, do the same work that I always do. I just intend to show up to work as an independent.”

Sinema also intends to continue in her present committee assignments.

“I keep my eye focused on what I’m doing right now. And registering as an independent is what I believe is right for my state. It’s right for me. I think it’s right for the country,” she said.

It is presently unclear whether Sinema will caucus with Democrats like independent Sens. Bernie Sanders (Vt.) and Angus King (Maine), reported The Hill.

Despite dropping the Democratic Party, Sinema made sure to reiterate her support for abortion, illegal so-called “Dreamers,” and LGBT activism in her Arizona Republic piece.

After clarifying that she would maintain her liberal bona fides, Sinema noted also that she will prioritize securing the southern border.

In response to the news, one White House official told CNN that Sinema’s departure “doesn’t change much” besides the senator’s own reelection calculations.

“We’ve worked with her effectively on a lot of major legislation from CHIPS to the bipartisan infrastructure law,” the unnamed official said, adding that the Biden White House has “every reason to expect that will continue.”

Politico reported that Sinema, up for reelection in 2024, will now avoid a primary challenge from Rep. Ruben Gallego (D-Ariz.), but may ultimately face a “chaotic” general-election fight against both Republican and Democrat challengers.