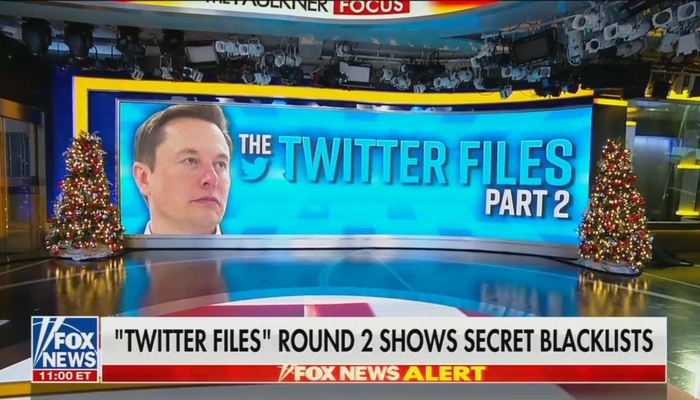 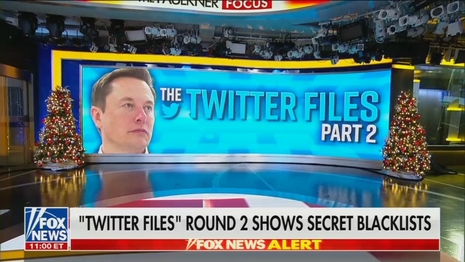 On Thursday night and Friday morning while the major newspapers and flagship broadcast network newscasts ignored the latest batch of the Twitter Files via Bari Weiss, liberal journalists and censorship janitors rushed to defend the Twitter’s old guard with the Clinton playbook of denial, dismissals, and downplaying the revelations of rampant censorship as old news.

Yes, preferential treatment as in throttled and repeatedly suspended in the same way someone particularly dangerous in a prison might require 24/7 supervision.

Collins also retweeted The Daily Beast’s Justin Baragona, who whined by quoting a Business Insider article on the dumb that said “[t]he level of access to Twitter systems given to Weiss is typically given only to employees.”

Collins finally weighed in himself by Friday morning with a hilarious turnabout:

Honestly, I think people are tired of the information war and want to do something else. It’s exhausting being angry and hopeless all the time for a decade.

“Something else” might be on the internet, but it’s not, like, the metaverse. It’s better, probably smaller communities.

YouTuber Matt Binder adopted the old news part of the playbook: “[E]verything that Bari Weiss is currently ‘breaking’ as part of Twitter Files 2 has been reported on and known about for two and a half years.”

Longtime tech journalist Ashley Feinberg tweeted this alongside a portion of Twitter’s Terms of Service stating “we may take action to limit the reach of a person’s tweets” if they engage in “[a]busive and spammy behavior”: “this has literally been on twitter’s help page since at least 2018.”

Washington Post tech writer Will Oremus brushed Weiss’s work aside as “ignorant or disingenuous” with only “some mildly interesting details” because shadowbanning is something he’s “written about…multiple times over the years.” If that’s the case, why have Twitter executives repeatedly denied that they shadowban?

So we’ve now had two long threads, presented as if they were revealing some big conspiracy, that basically, just… confirmed a bunch of things the company had already said publicly, and showed pretty standard (boring) trust & safety work.

The big reveal about Twitter moderation is a classic death of expertise moment: people who didn’t know about something until now assume not knowing about it meant that it was a huge secret

Such a reaction mirrored what happened after the first Twitter Files batch from journalist Matt Taibbi and his addendum about meddling from now-fired Twitter Deputy General Counsel and former FBI suit Jim Baker.

RedState’s Nick Arama flagged Masnick as having tweeted “you’re not a good journalist” “if your ‘jaw hits the floor’ when you find out that one of the company’s senior lawyers is reviewing documents that are being handed over”.

Our friends at the Daily Caller pulled together some of the biggest hot takes during and after Taibbi’s set of the Twitter files on December 2. Reporter Harold Hutchison noted how Collins debased himself in reacting to the thread: “Imagine throwing it all away to do PR work for the richest person in the world. Humiliating shit.”

“Elon’s team is just creating new Main Characters for Fox News to accuse of treason by implying they did some sort of high crime but never actually saying what the crime is. This is about creating pariahs to launch a mob against in order to, ironically, suppress their speech,” he added.

Hutchinson also flagged takes from far-left fiend Wajahat Ali and MSNBC contributor and Bulwark writer Tim Miller. The former was forlorn that Taibbi did something he disagreed with and thus represented a “sad, disgraceful downfall” of someone who “did good work back in the day” before becoming “a cautionary tale” of “selling your soul for the richest white nationalist on Earth.”

On PBS, Amanpour Warns LGBTQ ‘Human Rights Are Under Fire’ from ‘Strange’ DeSantis
The Cartels Could be our Greatest Threat
‘I’m of Puerto Rican descent and I find it offensive’: Democrats seek to ban government use of ‘Latinx’ in Connecticut
Florida man caught on viral video beating his dog gets 3-year prison sentence and is forbidden from owning any animals
Here’s How the Federal Government Is Funding Antisemitism With Your Tax Dollars