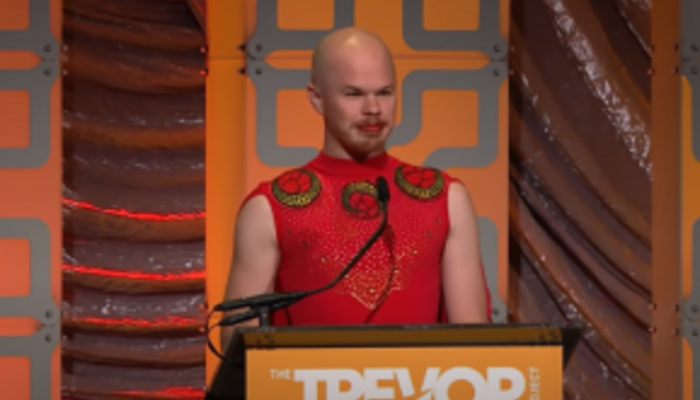 Pro tip: If you’re into stealing women’s luggage from airport carrousels, try to look inconspicuous – something more subdued than Mr. Clean in a Cocktail Dress. Because that’s not working out for Biden administration sub-dude Sam Brinton. 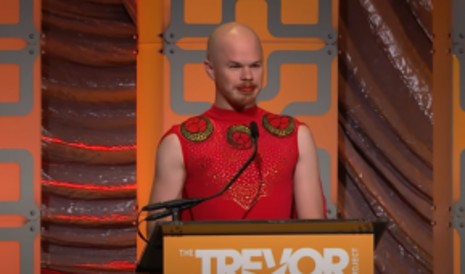 You may or (probably) not have heard that the first gender-fluid federal government official (Yay!) was accused of stealing a woman’s suitcase (Boo!) from a Minneapolis airport in September. It seems he’s taken his crime spree national. Las Vegas’s 8 News Now reported Thursday that Brinton is wanted on a felony warrant for swiping suitcases from (oh the irony) Harry Reid International Airport.

Brinton is “deputy assistant secretary of the office of spent fuel and waste disposition” at the Office of Nuclear Energy. To get a look at him, one suspects he’s just tucked the nuclear waste under his desk until he can take a break from pilfering frilly unmentionables from the gals at Baggage Claim 4.

While you can be sure the LVPD would welcome the public’s help in apprehending the Larcenous Lady Luggage Lifter, they might want to go right to Twitter. None of the three broadcast networks thought to mention Brinton’s exploits to viewers Friday morning. Police are advising that Brinton should be considered unarmed and fabulous. If, while traveling, you spot something that looks like Lex Luther in chiffon, secure your bags and then contact airport police.

In no way should Brinton’s behavior reflect on the many fine Biden appointees currently staffing our federal government. Nor should it reflect on Brinton’s community, whatever that is.