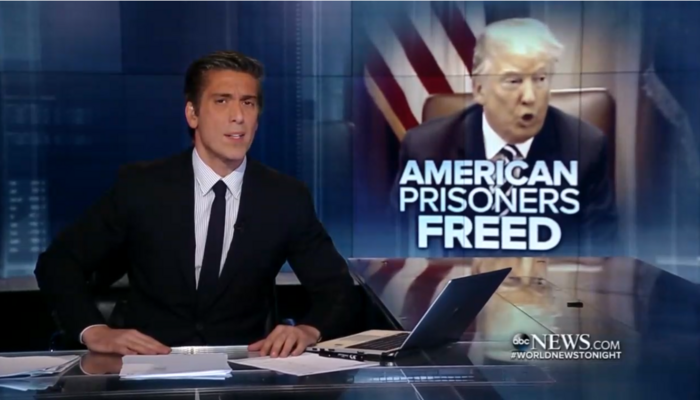 On Thursday, the liberal media celebrated Russia’s release of WNBA player Brittney Griner as a triumph for President Joe Biden. But back in 2018, the same journalists were desperate to find a negative framing when the Trump administration negotiated the release of three American hostages from North Korea.

Jeff Zeleny echoed that sentiment on the Thursday edition of CNN’s Inside Politics: “For President Biden, this really – it’s a win for him. You hate to look at it like that, but without question, this was because of him.”

This levity stands in sharp contrast with the begrudging tone these networks adopted back in 2018 when hostages were coming home under a Republican president instead.

On May 9 that year, ABC’s World News Tonight anchor David Muir framed the hostage release against a backdrop of then-President Trump’s supposedly disastrous withdrawal from the Iran nuclear deal. He diluted the good news with a report about “anti-American protests” in that country, in which correspondent Jon Karl noted: “Lawmakers there are questioning the president’s ‘mental capacity.’” 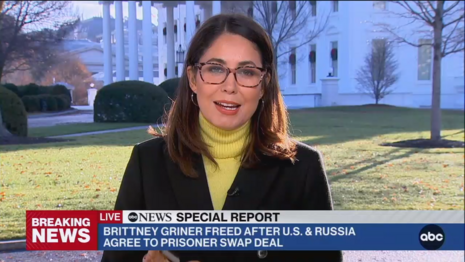 The bitter co-hosts of MSNBC’s Morning Joe worked hard not to give Trump credit for the achievement. As NewsBusters reported at the time, co-hosts Joe Scarborough and Mika Brzezinski griped that Trump had deigned to call North Korean dictator Kim-Jong Un “nice” for releasing the three men. “Was Kim ‘nice’ to imprison them in the first place?” Brzezinski snarked.

Meanwhile, commentators on the floundering CNN bemoaned the idea that Trump might get credit, with foreign correspondent John Vause going so far as to call the release of American hostages a distraction from the then-ongoing Russia collusion investigation:

Donald Trump believes that this success in the foreign policy field might be enough, you know, to distract attention away from the Robert Mueller investigation into Russia, the criminal investigation of his own personal attorney, you know, the Stormy Daniels affair.

Vause would later team up with Zeleny to bellyache about the release being mentioned while campaigning in the midterms.

CNN International reporter Will Ripley fretted that the former prisoners would be going from getting exploited in brutal North Korean work camps to being “exploited” by Trump. “To go from that isolation for two and a half years to you are face-to-face with Donald Trump and you do have dozens of photographers taking your picture, I do worry that they were being exploited a bit,” he said.

It’s right to celebrate when an American is brought home after an ordeal in a hostile country, but what the liberal media have been demonstrating is a double standard of lukewarm praise – annoyance when a Republican scores that victory.

AP Stylebook recommends against ‘dehumanizing ‘the’ labels,’ like ‘the French,’ then deletes post due to ‘inappropriate reference to French people’
Lisa Loring, the original Wednesday Addams actress, dies after stroke
FedEx is laying off 10% of its officers and directors amid cooling demand
Bodycam footage shows Tyre Nichols calling for his mother as he is beaten by officers before his death
Excellent Solutions for Your 7 Biggest Clutter Problems