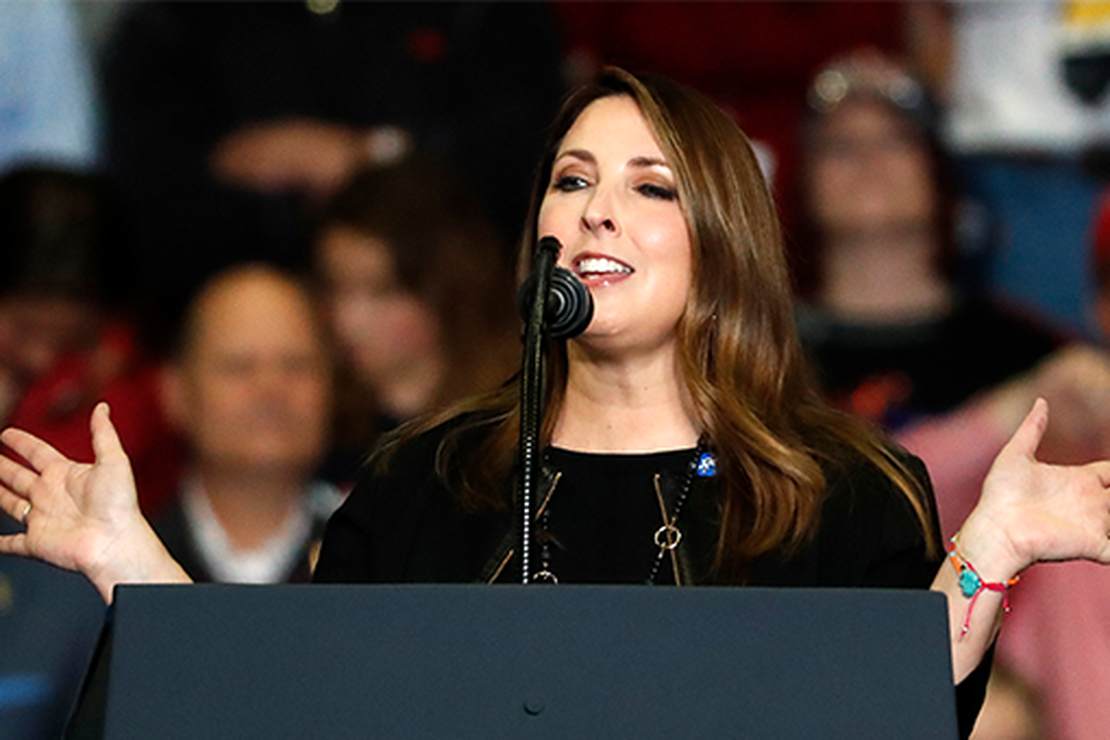 Weeks after Ronna Romney McDaniel claimed to have majority support for her bid to be reelected as Republican National Committee Chair, she is about to officially have a challenger.

And I’m not talking about Mike Lindell.

Two sources who spoke with Politico say that RNC committeewoman Harmeet Dhillon is preparing a run for party chair. Members of the RNC have heard Dhillon talking about a possible run, and people close to her say she may officially announce her candidacy within the next few days.

“After three successive terms of underwhelming results at the polls for the GOP, all the while with leaders congratulating ourselves for outstanding performance, I feel that we owe it to our voters to have a serious debate about the leadership of the party and what we must change to actually win in 2024,” Dhillon said in a statement.

Ronna McDaniel’s tenure as chair of the Republican National Committee has been underwhelming, to say the least. After taking office in 2017, the GOP lost the House in 2018 and the Senate in 2020, and to say that the 2022 midterms were disappointing would be an understatement. Not only did the GOP fail to take back the Senate, but it only barely won the majority back in the House, despite all the electoral factors in the GOP’s favor. While it’s true that the GOP has made progress with minority voter outreach, that progress has simply failed to translate to electoral victories.

Rep. Lee Zeldin (R-N.Y.) is also reportedly interested in running but has not officially declared yet. Many Republicans credit Zeldin for helping the Republican Party flip the House during the midterms. Zeldin’s strong showing against Gov. Kathy Hochul is believed to help flip four New York House seats to the GOP — including the seat held by Rep. Sean Patrick Maloney, chairman of the Democratic Congressional Campaign Committee.

“Even in places where we came up a little bit short, like Lee Zeldin’s race for governor in New York, he performed very well compared to Republicans in recent elections, and he probably helped save the House of Representatives by bringing four new Republican Congressmen-elect across the finish line in New York,” Sen. Tom Cotton (R-Ark.) said last month. Zeldin has reportedly talked to GOP elected officials and party activists about running.

The Republican National Committee needs to do some serious soul-searching and figure out what path it wants to follow moving forward. In what direction does that lead? I have no idea, but I think we can all agree that we can’t settle for the status quo. McDaniel claims that she has all the votes she needs to be reelected, although she made that statement before Dhillon became involved. Other members have indicated their willingness to back Zeldin in the event that he decides to run. Therefore, I cannot say for certain that McDaniel is a lock to win, but I do believe that it is critical for her to compete against some formidable opponents.

It may not be fair to blame McDaniel for the mediocre electoral performances of the GOP over the previous four years, but something needs to change. Hopefully, the Republican National Committee will make the right choice. Whatever choice they make will tell us what we need to know about how serious the party is about winning again.

Sarah Huckabee Sanders To Deliver GOP State Of The Union Rebuttal
The Cartels Could be our Greatest Threat
How Hollywood Helped Create, and Destroy, Time’s Up
China Accuses U.S. of ‘Reckless Warmongering’ After Leak of Memo Predicting War With Beijing by 2025
Treasured artifact from 2,800 years ago reveals written references to the biblical King David