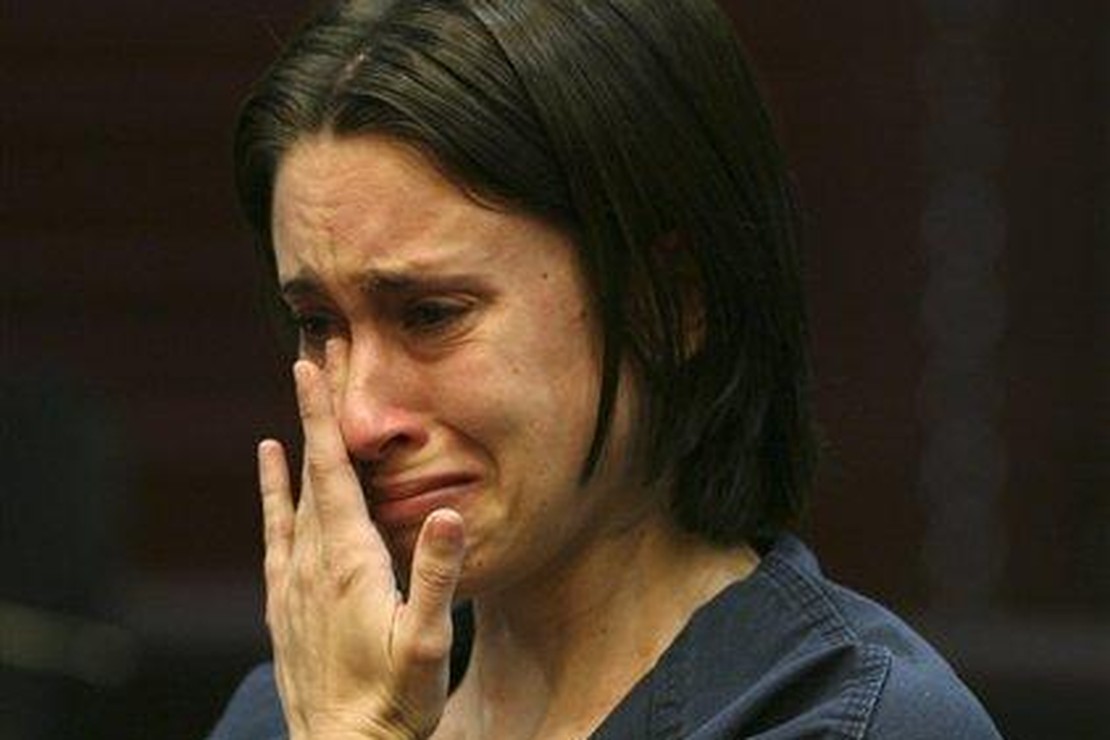 Topping the list of women we wish would just go away has to be Casey Anthony (right after Amber Heard). Did anyone want to hear Anthony’s “side of the story” about that time her toddler was found in a plastic bag after she failed to tell anyone the child was missing for thirty-one days? I thought we did that during the trial, but apparently, Anthony wants to be back in the limelight; she’s starring in Casey Anthony: Where the Truth Lies, a docuseries available on NBC’s subscription channel, Peacock. This is an odd choice, since her attorneys claim in the documentary they were concerned she wouldn’t be safe in public after a jury found her not guilty of first-degree murder.

Why come back into the spotlight now, when everyone has forgotten all about the most hated woman in America? For a person who “values her privacy” as she said over and over again in the film, it’s a strange decision to thrust herself right back into the hot glare of the spotlight. Anthony claims she felt compelled to tell her side of the story so that we can know the real truth — and then proceeded to tell the same ridiculous tale her lawyers told in the trial.

(If you don’t want this show spoiled for you, then stop reading now. Or, if you want to watch this documentary with me, there’s still time to sign up on my Locals page and get your invite to Movie Nights with Meg. We’re on episode two next week. We have a ton of fun, drinking cocktails, eating popcorn, and mocking the obvious machinations of a known liar. It’s a terrific way to end a Tuesday night. Join me!)

Anthony now says that her excuse for not telling the police that her daughter was missing is that she is a victim of trauma. Maybe I missed the part in our laws where people who have been victims of trauma are excused from legal responsibility. Maybe there’s an asterisk somewhere under the state codes that says *except if you’ve been abused. But that’s ridiculous. Of course there isn’t a codicil for people who have been traumatized at one time or another, because that’s literally everyone. If you’re a human, you’ve experienced trauma. Some have had more trauma than others but if we allowed people to break laws because they were “traumatized” once, there would be no one left to adhere to any laws.

Anthony claims in salacious detail that her father held her down and raped her “again and again” from the time she was eight years old until she was twelve. At that point, Anthony says her brother then began entering her room at night and molesting her. It wasn’t rape, Anthony said, but it was “close enough,” whatever that means. Then she dropped a new bomb no one ever heard before. When questioned about the father of Caylee, Anthony now claims she was drugged and gang-raped at a party. She did not report it to the police because she claimed she wouldn’t have been believed. If she had been drugged and tests confirmed it, law enforcement would probably have believed her. But conveniently for Anthony, she wasn’t tested, so there’s no way to confirm that claim.

There is no evidence for all this raping or close-to-raping activity except Anthony’s word, which is as useless as tits on a bull. Anthony is an admitted and convicted liar. She says as much in the show but blames it on her father and says she lied to cover up for him and the family, which she says was unbearably corrupt. One of Anthony’s friends who inexplicably believes her also said that Anthony “lied all the time about everything” when she knew her. It’s hard to understand how someone who lies all the time about everything can engender anyone’s confidence, but not unlike cult leaders, Anthony appears to have some kind of power over certain people who just believe whatever tall tale she spins.

The similarities between Anthony and Amber Heard are striking, especially when it comes to their facial expressions. Watching Anthony in the documentary was almost the same experience as watching Amber Heard lying on the stand about suffering abuse. I’m not the only one who noticed. Anthony is a slightly better actress than Heard, however, because she did manage to squeeze out a few tears, unlike Heard, whose tear ducts are dryer than Death Valley’s.

The #MeToo crazies are lining up to swallow Anthony’s narrative, however, in which she claims George Anthony brought a limp and soaking-wet Caylee to her and then took her away and promised she would be fine. How does one hold one’s own dead baby in one’s arms and not notice that the baby is not alive? But that’s the story she wants us to believe now and says she was partying and yucking it up because she believed the father she says is a liar that Caylee would be okay. Believe me, it makes even less sense when she tells it.

Anthony was trending on Twitter the other day with a bunch of hysterical feminists proclaiming her innocence. The irony is not lost on me that the same women who want people to believe they are equal to men are dumb enough to believe this concocted garbage. My eight-year-old can lie more convincingly than Anthony. Anthony’s biggest problem is not her credibility but that there is absolutely no evidence to support any of her claims. The evidence all points toward her guilt, and the only reason she wasn’t found guilty is that the state of Florida tried to get a first-degree murder charge with the death penalty against her. They chose the highest burden of proof in existence and then failed to prove it. If they had chosen manslaughter, Anthony would be serving a fifteen-year sentence right now.

This case should be the perfect primer for state attorneys everywhere to study and learn how dangerous it is to overcharge someone. In Anthony’s case, it would have been much easier to prove she neglected her child and that neglect led to her death (whether accidental or otherwise). But when you ask a jury to return a guilty verdict for first-degree murder that comes with a death sentence, you better have an airtight case. The prosecution’s case against Anthony was far from airtight. The body of Caylee Anthony had been decomposing in the hot Florida weather for more than a month. The evidence disintegrated with the body. As a result, the prosecution had no cause of death. Who decided it was a good idea to go forward with an intentional and pre-meditated murder charge with no cause of death? Caylee Anthony could have drowned or suffocated by accident while sleeping, and her mother or someone else panicked and hid the body. That scenario is just as easy to believe as murder, so why in the world would the prosecution decide, “Nah, we’ll just go with the hardest burden to prove.” What a stupid mistake.

Johnny Depp’s lawyer Ben Chew weighed in on the possibility that George Anthony could sue Casey Anthony for defamation. After watching the series, I hope he does. “Truth is always a defense in a defamation case,” said Chew. ”The accusation of being a pederast is a clear allegation of a crime and a crime so heinous in our society, in any society, is defamation per se.”

“You consider the credibility and the record of both the plaintiff and the defendant,” Chew said. “It’s clear she changed her story about how Caylee came to be murdered.” If George Anthony does sue his daughter, she would be deposed. “You would walk her through every false statement she’s ever made,” said Chew. Depp’s lawyer also pointed out that George Anthony should be looking at the producers of the show as potential litigants because of the deep pockets of NBC and the producers’ inability to present evidence that Casey’s dad is a child molester. It was shocking to watch Anthony make wild accusations and then Peacock’s filmmakers spent no time at all trying to find evidence of those accusations. They simply let her use NBC’s microphone to accuse her father not only of the heinous crime of child sex abuse, but she insinuated that he is the real murderer of Caylee. “The deep pocket could be the producers of the docuseries,” he said. “I think if you were to proceed on behalf of George, I think you would have to advise George that you would have to look at the producers of the docuseries as potential defendants.”

Women (and news networks) need to learn that lying about sexual assault for revenge or to get out of responsibility for one’s actions comes with a heavy price. Too many women have gotten away with this type of treachery, as I outlined in my book, Believe Evidence: The Death of Due Process from Salome to #MeToo. This book is a great gift for teens on their way to college. It will help protect your sons from lying harpies and it will help teach your daughters to be women of good character who will not use their feminine powers to harm the men in their lives with lies and slander. Pick one up now! And don’t forget to join me for the rest of this series on Locals now!

Some of you need to read this book because #CaseyAnthony is not believable at all. #MeToo is cancer. https://t.co/RzwyBxUgSe