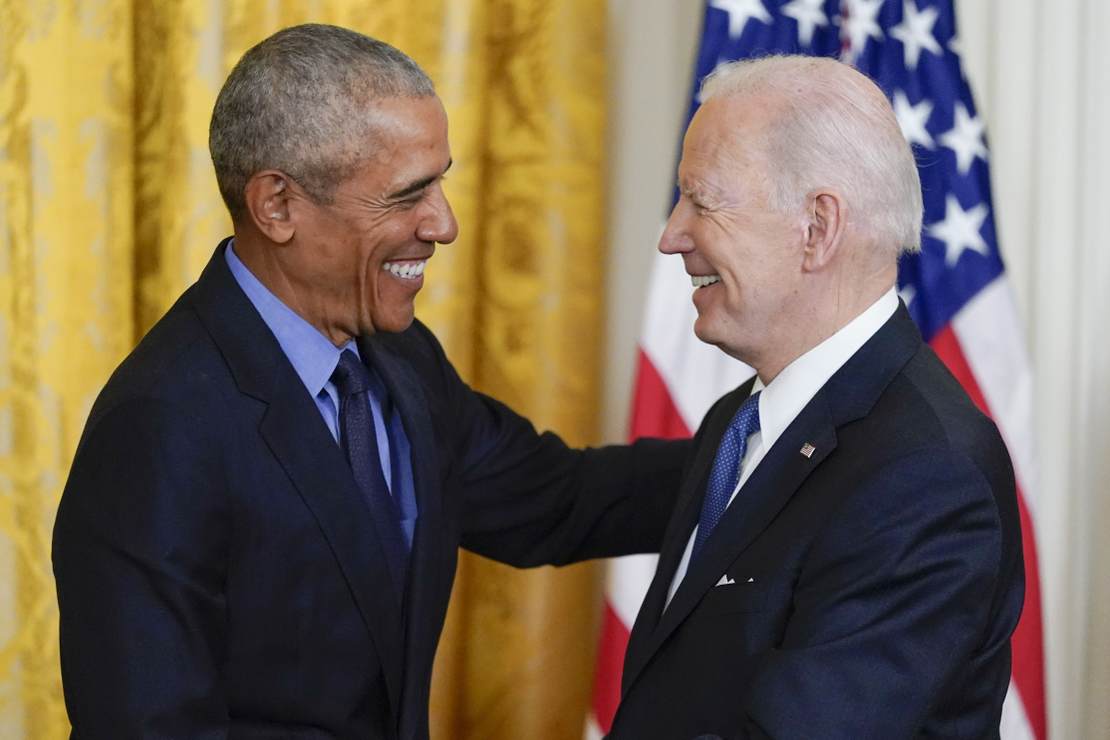 Over the weekend, Donald Trump faced bipartisan criticism after calling for the “termination” of parts of the Constitution in the wake of revelations that Twitter knowingly censored the Hunter Biden laptop story for dubious reasons.

“A Massive Fraud of this type and magnitude allows for the termination of all rules, regulations, and articles, even those found in the Constitution,” Trump wrote. “Our great ‘Founders’ did not want, and would not condone, False & Fraudulent Elections!”

It was a bit surprising to see various Democrats speak out and defend the Constitution. In a way, it was actually refreshing, because typically they couldn’t care less about the Constitution except to see it as an obstacle in their quest for absolute power. During the Obama presidency, the Constitution was routinely “terminated” so that he could impose his agenda.

In January 2012, Obama installed his controversial picks for the National Labor Relations Board (NLRB) via recess appointment even though the Senate was not actually in recess at the time, because he knew they wouldn’t be confirmed otherwise. This tactic was so controversial that experts on both sides of the aisle were deeply concerned about the precedent Obama was setting.

When Congress couldn’t pass the DREAM Act, Barack Obama used an executive order to create DACA, which is a version of the DREAM Act that is run by the executive branch. Obama changed U.S. immigration law with the stroke of a pen to make his supporters happy. He had already acknowledged multiple times that he didn’t have the Constitutional authority to make immigration law on his own.

Obama got us involved in a war without congressional approval. In 2011, he went to the United Nations to obtain authorization to overthrow Muammar Gadhafi because he knew that Congress would not approve of military action in Libya. By doing so, he circumvented Congress’s constitutional authority to declare war.

Even Obama’s signature legislative achievement, Obamacare, became an abuse of his constitutional authority. As complaints about the law mounted, Obama began making executive adjustments to the law without consulting lawmakers. According to Eugene Kontorovich, a constitutional law professor at Northwestern University School of Law, Obama’s fixes exceeded “the president’s discretion in implementing the law.” The president has no constitutional authority to rewrite or unbundle laws, especially to impose new obligations on people. UC Berkeley law professor John Yoo said that Obama’s fixes amounted to “a suspension power that the Framers consciously rejected.”

Obama also illegally rewrote existing laws by reinterpreting their intent. In May 2016, the Obama administration declared that the Departments of Justice and Education would both “treat a student’s gender identity as the student’s sex for purposes of enforcing Title IX,” and issued a directive to all public school districts in the country to allow students to use the bathrooms matching their “gender identity.” But Title IX only makes reference to biological sex, not “gender identity” or “gender expression;” ergo, Obama’s decree amounted to rewriting Title IX without Congressional approval. Obama intentionally treated sex and “gender identity” as the same thing in order to redefine a decades-old law when it suited his needs.

Related: Republicans Need to Call Out Democrats for Their Meddling in GOP Primaries

Because Democrats stood idly by as Barack Obama repeatedly exceeded his constitutional authority, it was easy for Joe Biden to follow suit upon taking office. Biden went all-in on DACA. He made illegal executive fixes to Obamacare. He also reinterpreted Title IX to include “gender identity.” And Biden created his student loan forgiveness plan via executive action despite knowing he had no constitutional authority to do so.

Democrats can pretend to be horrified by Trump’s remarks (which were legitimately horrible) about the Constitution all they want, but they have long been complicit in their own party’s termination of the Constitution when it suits their political agenda.

Pompous PBS: ‘Why Are So Many Americans and [GOP] Lawmakers Still Enthralled With Gas?’
Woman allegedly met 87-year-old Holocaust survivor on dating site, conned him out of millions that she blew on luxury items
Saving Time Gives Peace of Mind
JUST IN: 5 Ex-Memphis Police Officers Charged with Murder in Death of Black Motorist, Tyre Nichols
Monterey Park shooting suspect is dead: Report