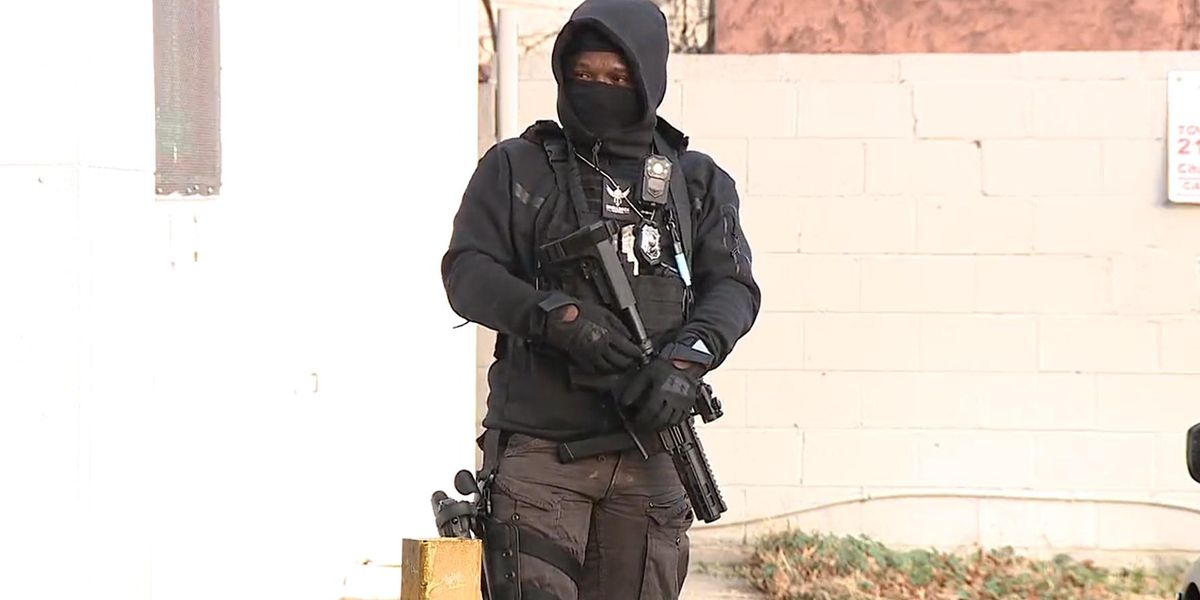 Philadelphia’s police force remains understaffed. According to the Philadelphia Police Department, there have been 478 murder so far this year. The odds of becoming a victim of a property crime in the city is 1 in 34.

One North Philadelphia proprietor has had enough.

No longer willing to leave his life, his livelihood, and his customers’ wellbeing to chance, Neil Patel, who runs Karco gas station at Broad and Clearfield streets, has raised his own defense force.

It is unclear, however, if elements of that force’s past offenses will come back to jeopardize the initiative.

Patel owns 22 gas stations in the region, 12 of which are in Philadelphia.

Fox 29 reported that Patel’s gas stations have been repeatedly ransacked and vandalized. Patel’s car was targeted. An ATM machine was stolen from the premises. Shoplifting is a frequent occurrence.

According to WPVI, there was also a shooting at one of Patel’s gas stations on Easter Sunday.

“Cops here, they don’t do anything,” said Patel.

Andre Boyer, referred to as “Chief” in the Fox 29 report, said, “We wear Kevlar, we are trained, my guards go to training every other week, they’re proficient with [their guns] and with their taser, they know the law.”

u201cA North Philly owner says heu2019s had enough violent crime at his gas station so heu2019s hired these guys to protect his customers and store. nnDoes this make you feel safer? Or uncomfortable.u201d

While Patel has observed a complete drop in crime and loitering since deploying his new security force, some in the neighborhood have expressed concern about having armed men on patrol.

“I listen to them, but according to some people, violent people, they carry the guns, they’re not afraid of them? This is the protection for the neighborhood and the customers,” Patel told Fox29.

Philadelphia-based attorney David Thiruselvam told WPVI that optics notwithstanding, business owners have a responsibility to protect their customers.

“When you have shootings and things like that going up and down the street, up and down around you, you should know that could come on your property,” said Thiruselvam.

Andrew Boyer, the so-called “Chief” of the S.I.T.E Agents, is the man reportedly tasked with securing Patel’s business and protecting his customers.

Boyer, a 17-year-police veteran in the PPD, was fired in 2013 on the basis of alleged “credibility concerns.”

According to Philadelphia Magazine, Boyer had been found guilty of four charges by a police board of inquiry ahead of his dismissal and had also been the subject of 21 civilian complaints — more than any other officer on the force at that time.

The charges were “intention to deceive, abuse of authority, failing to follow department procedures for handling evidence and conduct unbecoming an officer.”

Boyer had been accused of taking thousands of dollars from a man’s car during an arrest and then pocketing some of the cash, reported the Philadelphia Inquirer.

Boyer runs the Pennsylvania S.I.T.E. State Agents website, which states, “We have the latest updated technology, equipment and sophisticated weapons to serve our clients needs. We don’t just deter crime and criminals we illuminate the threat all together to insure clients safety at all times.”

While the website features an image of a badge with “Commonwealth of Pennsylvania State Agents” along with the seal of the state of Pennsylvania, the organization does not appear to be affiliated with the state government in any way.

In an Oct. 10 post, Boyer stated that citizens can make arrests “if a person is engaging in a misdemeanor.”

It is unclear whether Patel’s security force will be making arrests extra to protecting his properties.