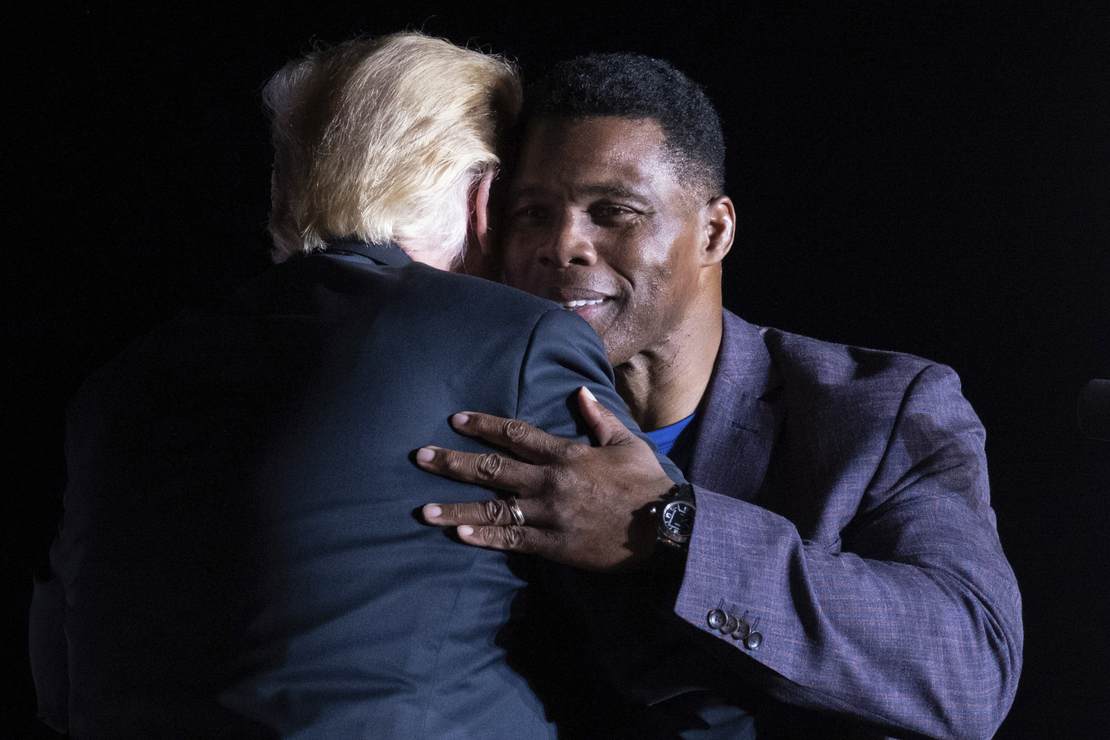 In 2021, Georgia went from having two Republican U.S. Senators to two Democrat Senators. Many blamed Trump for the election of Democrats Raphael Warnock and Jon Ossoff in the red state. Trump, stung by the 2020 election, reportedly sabotaged Georgia Republicans as payback for the GOP for failing to properly investigate accusations of election irregularities by urging GOP voters to sit the election out.

Regardless of the motive, Trump admits that he should have done more to help get out the vote in those elections. Fast forward to today; neither he nor Biden are getting too involved in the runoff election, which makes sense. Joe Biden’s poll numbers in the Peach State are underwater, and Donald Trump is, well, Donald Trump.

But just because Trump isn’t getting too involved in the runoff election doesn’t mean he’s not hurting the GOP’s chances of winning the seat back from Warnock.

For starters, Walker was Trump’s pick to be the GOP nominee, and Trump’s endorsement helped Walker win the nomination. But from the outset, Walker was seen as a weak candidate, and the midterm election results bore that out. Georgia Republicans had a generally good night on Election Day — save for Herschel Walker, who garnered fewer votes than other Republicans who ran for statewide office. Walker received roughly 200,000 fewer votes than Brian Kemp, who easily won reelection against Stacey Abrams.

On paper, Walker seemed like a good candidate. Despite the way many on the left have characterized him as a mere footballer, he’s actually a successful businessman as well. But success in business doesn’t always translate to being a strong candidate.

Many would also argue that scandals plaguing Walker’s campaign have hurt him. Walker faced allegations of paying for abortions for former girlfriends — which he denies.

“If Walker had held office before, could give a coherent policy statement, didn’t have all the personal baggage that he had, then there’s a decent chance—given party polarization in voting—that he would have won along with the other Republicans,” Andra Gillespie, a political scientist at Emory University, told The New Yorker.

It’s hard to see how Walker’s “baggage” would have hurt him any more than Warnock’s baggage hurt him. Warnock has faced accusations of domestic abuse and being a slumlord. Okay, maybe Democrats have a record of ignoring the personal faults of their candidates, but Republicans weren’t going to ditch Walker for allegedly paying for an abortion years ago in favor of the pro-abortion Warnock, who uses his church as a shield to protect him from criticism.

But, as The New Yorker acknowledged, there are Republican voters in the state who just weren’t motivated to vote for Walker, who has said some bizarre things on the campaign trail and seemed generally not ready for the U.S. Senate.

Also not helping Walker right now is Trump’s recent fumbles. Between Trump’s Kanye West dinner and his recent call to essentially ignore the Constitution and conduct a new election because of revelations that Twitter censored the Hunter Biden laptop story in 2020, it’s likely that Republican voters who have soured on Trump aren’t going to run to the polls on Tuesday to vote for his candidate.