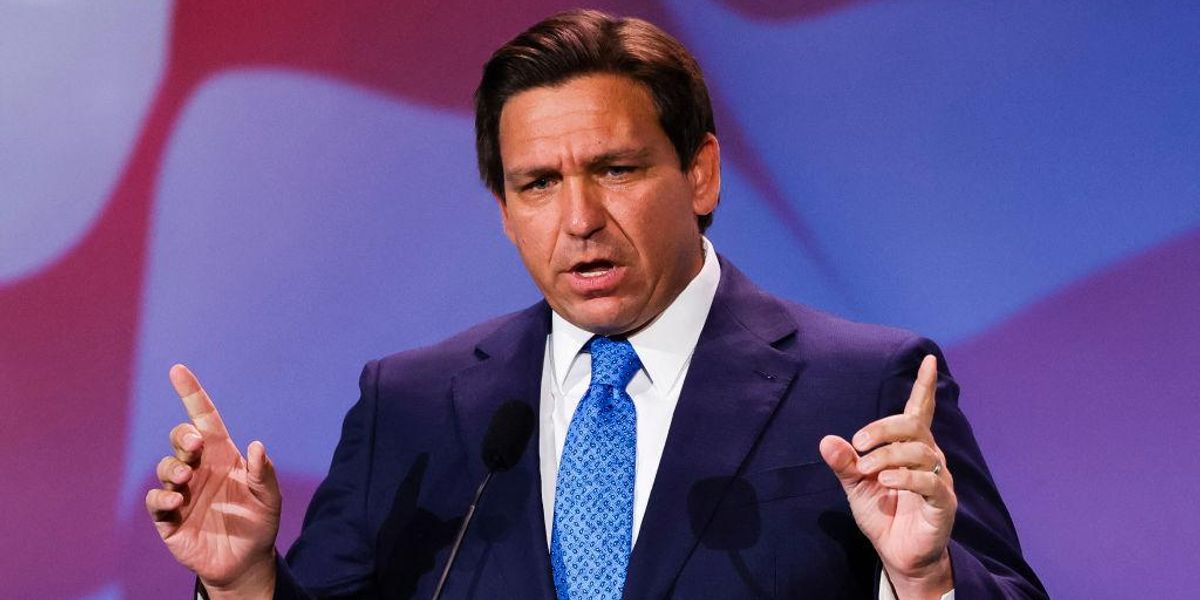 Florida Gov. Ron DeSantis, a popular figure on the political right who is widely viewed as someone who could potentially run for president, has a new book coming out early next year.

The work titled, “The Courage to Be Free: Florida’s Blueprint for America’s Revival,” will be released February 28 and will cover issues such as his work as governor of the Sunshine State and more personal topics, including his wife’s fight with cancer, according to a press release.

“In ‘The Courage to Be Free,’ Governor Ron DeSantis chronicles the most consequential decisions of his life and public service, including turning the Sunshine State into the promised land for millions of Americans,” the press release states. “He will also share details about his marriage to Casey, their three children, and Casey’s battle with cancer. This book will center on critical issues that brought him to the center of the debate over the future of our country. He shares his thinking from when he was fighting back against COVID mandates and restrictions, critical race theory, woke corporations, and the partisan legacy media.”

DeSantis’ first book came out in 2011, before he won election to the U.S. House of Representatives in 2012.

Elon Musk has indicated that he would support DeSantis for president — when asked if he would support the Florida governor in 2024, the wealthy business tycoon responded in the affirmative: “Yes,” he tweeted.

Former President Donald Trump has announced a 2024 White House run, so if any other Republicans do opt to run, they will have to face Trump during the GOP primary.

“What Florida has done is establish a blueprint for governance that has produced tangible results while serving as a rebuke to the entrenched elites who have driven our nation into the ground. Florida is proof positive that we, the people are not powerless in the face of these elites,” DeSantis wrote, according to the press release.