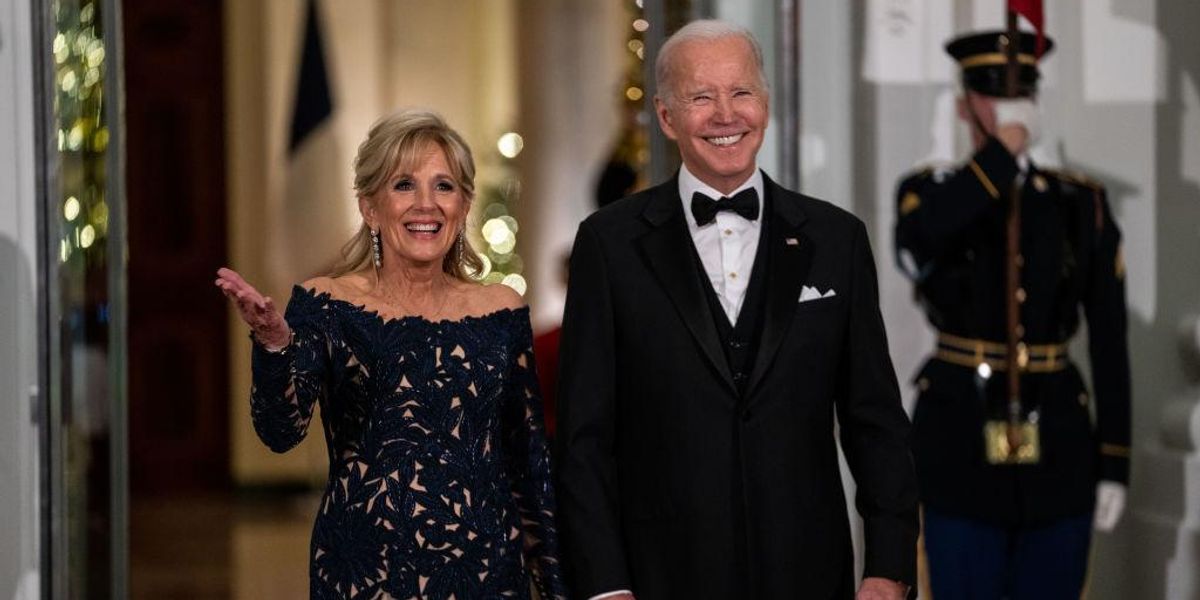 As the American people struggle through the ongoing economic scourge of roaring inflation, the White House is hosting a decadent state dinner on Thursday with a menu featuring items such as lobster dolloped with caviar.

The swanky affair marks the first state dinner of the Biden administration and was slated to include more than 300 guests as the White House hosted French President Emmanuel Macron at the event. The guest list included figures such as MSNBC’s Mika Brzezinski and Joe Scarborough, Apple CEO Tim Cook, and celebrities, including Stephen Colbert, John Legend, Chrissy Teigen, Jennifer Garner, and Julia Louis-Dreyfus.

President Biden’s son Hunter Biden was also on the list, as was House Minority Leader Kevin McCarthy, who could become the next speaker of the House.

“If the Biden White House can prioritize purchasing 200 Maine lobsters for a fancy dinner, @POTUS should also take the time to meet with the Maine lobstermen his administration is currently regulating out of business,” Democratic Rep. Jared Golden of Maine tweeted on Wednesday.

u201cIf the Biden White House can prioritize purchasing 200 Maine lobsters for a fancy dinner, @POTUS should also take the time to meet with the Maine lobstermen his administration is currently regulating out of business.u201d

The sumptuous state dinner comes as Americans head into the Christmas holiday while continuing to be hammered by high prices.

“The Consumer Price Index for All Urban Consumers (CPI-U) rose 0.4 percent in October on a seasonally adjusted basis, the same increase as in September, the U.S. Bureau of Labor Statistics reported,” last month. “Over the last 12 months, the all items index increased 7.7 percent before seasonal adjustment,” the report noted. “The all items index increased 7.7 percent for the 12 months ending October, this was the smallest 12- month increase since the period ending January 2022.”

Does Germany sending tanks to Ukraine mean the US is open to sending their own?
6 Failures of Biden’s Presidency in Year 2
MSNBC’s Hayes: Biden Economic Recovery Most Remarkable in U.S. History
Southwest CEO maps out a recovery after holiday meltdown: ‘We have work to do’
A Surprise Resignation in Wellington