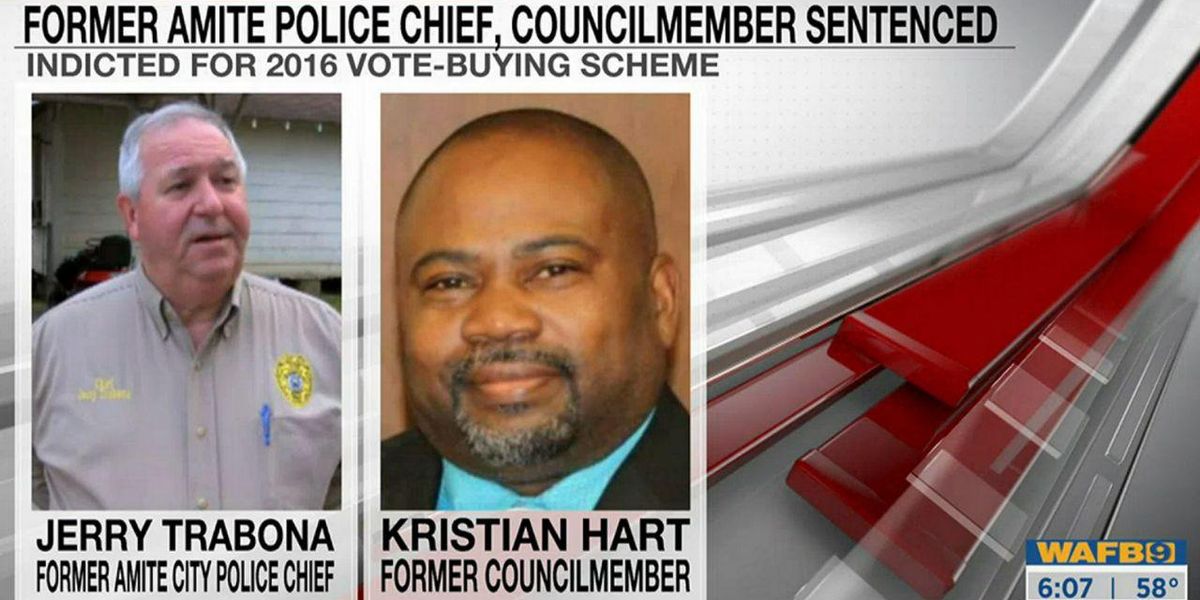 Two former Democratic public officials in Amite City, Louisiana, were sentenced on Tuesday to one year in prison for violating federal election laws after an investigation uncovered their involvement in a vote-buying scheme, the Department of Justice reported.

An investigation conducted by the FBI New Orleans Field Office found that former police chief Jerry Trabona, 73, and councilmember Kristian Hart, 50, who were both candidates in the 2016 primary and general elections, conspired with each other to pay individuals residing in Tangipahoa Parish, Louisiana, to vote for them.

At the time of the guilty pleas, Assistant Attorney General Kenneth A. Polite Jr. of the Justice Department’s Criminal Division stated, “The Department of Justice is committed to ensuring that illegal voting, including vote buying, has no place in our nation’s electoral system.”

The duo also hired individuals to act as vote buyers responsible for identifying people who had not yet cast a ballot and offering them money for their vote. Trabona and Hart also covered transportation costs to bring the voters to polling places.

The public officials allegedly provided paid-for voters with sample ballots that contained the names of all the candidates the two supported.

A co-conspirator, 69-year-old Sidney Smith, used the money provided by Trabona and Hart to pay voters. For every bought voter, the vote buyers would allegedly receive $20.

Vote buyers were also asked to sign a contract guaranteeing they would not “make any overture of any kind to any voter or other person of financial award or benefit in exchange for a vote,” the Heritage Foundation reported.

Trabona, who served as the Amite City chief of police from 2005 to 2020, was also ordered to pay a $10,000 fine. According to the Heritage Foundation, Trabona also attempted to buy votes during his 2020 reelection in both the primary and general races.

On Wednesday, a co-conspirator in the vote-buying conspiracy was sentenced to four months in prison.

Two other men, Calvin Batiste and Louis Ruffino, previously pleaded guilty to their involvement in the scheme and are awaiting sentencing.

NewsBusters Podcast: Joy Behar Cries ‘Mental Illness’ on Gun Rights
I used an AI Bot to Write an Article on Conservativism and Here’s What I Got
Biden to Send Ukraine ANOTHER $2.2 Billion in Military Aid – Including Long-Range Missiles: Reuters
A Warning to Americans From Across the Pond: Don’t Take Your Free Speech Rights for Granted
CBS Welcomes in Racial Arsonist Kendi to Promote ‘Anti-Racist’ Book for Teens