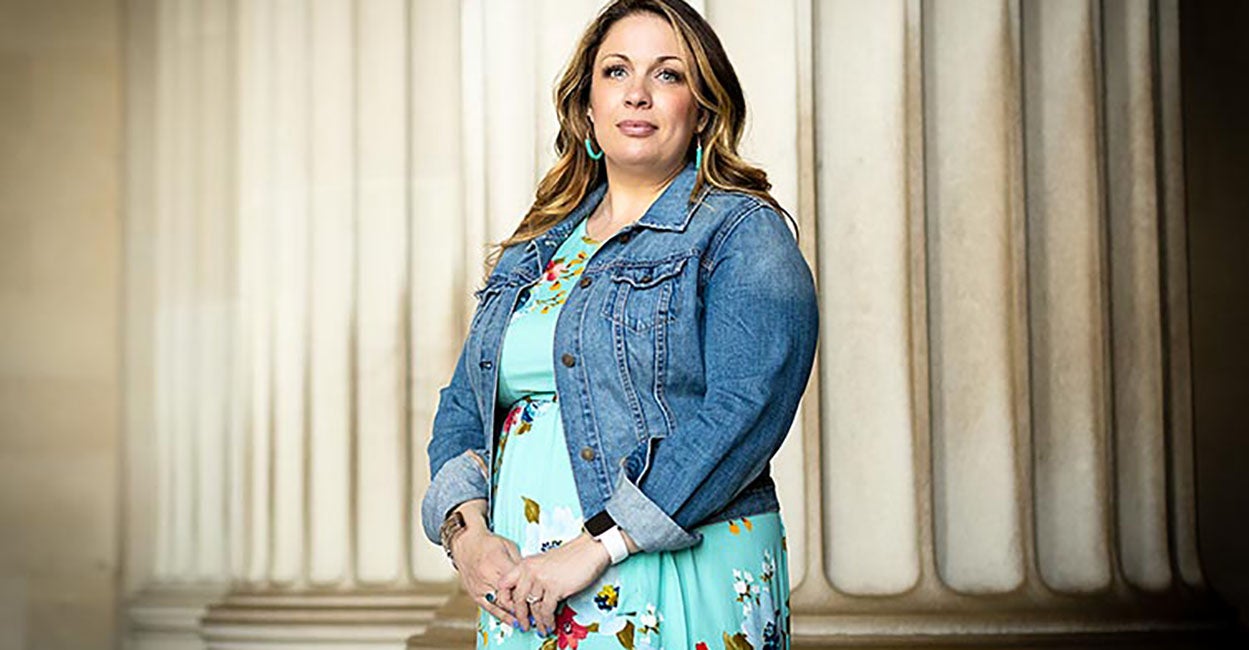 The Supreme Court next week will consider whether Colorado may use a state law to require someone to express someone else’s message.

The case to be argued Monday, called 303 Creative LLC v. Elenis, concerns graphic artist and website designer Lorie Smith, who also is a devout Christian. Smith’s faith, in fact, was part of her motivation in starting the company 303 Creative near Denver, so that she could express her beliefs through her artistic work.

All of that sounds fairly benign. Artists express themselves in various ways all the time. And their expression—their speech—is entitled to First Amendment protection.

Likewise, another person’s protest against the artist’s viewpoint similarly is protected. That is, after all, part of the guarantee of the First Amendment.

As the Supreme Court said in 2011 in Snyder v. Phelps, free speech exists to promote public debate and discourse in an “uninhibited, robust, and wide-open” manner. People speak messages they believe in, and the government cannot suppress this speech or force people to change their speech.

Nearly 100 years ago, Justice Louis Brandeis made the point clearly when talking about the Founding Fathers, who he said believed that “freedom to think as you will and to speak as you think are means indispensable to the discovery and spread of political truth.”

The 303 Creative case asks whether the government can compel you to “speak as you do not think” in order to serve a general governmental interest in prohibiting discrimination.

The Supreme Court consistently has prohibited “compelled speech” under the First Amendment. In addition to protecting someone’s right to speak, the high court has guarded the “right to refrain from speaking at all.” The right not to speak has protected individuals in Barnetteand Wooley v. Maynard, public utilities in PG&E Co. v. Public Utilities Commission of California, and private corporations in Miami Herald Publishing Company v. Tornillo.

Whoever is speaking, that person or entity has the right to convey only those messages with which he or it agrees. As the high court stated in Barnette in 1943: “If there is any fixed star in our constitutional constellation, it is that no official, high or petty, can prescribe what shall be orthodox in politics, nationalism, religion, or other matters of opinion or force citizens to confess by word or act their faith therein.”

The state of Colorado disagrees. Colorado wants to force Lorie Smith to express a viewpoint with which she disagrees—that same-sex marriage is the same as traditional marriage.

Colorado says that Smith would violate its non-discrimination law if she refused to create a website promoting a same-sex marriage. Smith is willing to make websites for a wide variety of clients and purposes, but she draws the line when projects would require her to express a viewpoint that she doesn’t hold.

Compelled speech cases should be easy. No one thinks we can force people to believe certain things or promote certain messages. The difficulty comes when free speech rights intersect with public-accommodation laws such as Colorado’s—laws meant to prevent discrimination. When the battle between public accommodations and free speech came to the Supreme Court in 1994 in Hurley v. Irish-American Gay, Lesbian, and Bisexual Group of Boston, the justices unanimously chose free speech.

In Hurley, St. Patrick’s Day parade organizers sought to exclude a gay, lesbian, and bisexual advocacy group from marching in the parade because its message was inconsistent with the organizer’s message. And even though the group would be one among many in the parade, the court decided, the “overall message is distilled from the individual presentations along the way, and each unit’s expression is perceived by spectators as part of the whole.”

The government, the justices said, forced “private citizens who organize a parade to include among the marchers a group imparting a message the organizers do not wish to convey.” That, according to the court, was impermissible.

Just last month, a 9th U.S. Court of Appeals case involving compelled speech and an Oregon public accommodations law applied Hurley to side once again with free speech. That case provides a road map for how the Supreme Court may apply Hurley and vindicate free speech again in 303 Creative.

The pageant, which has a view of ideal womanhood, adopted guidelines that dictate who may participate to promote the pageant’s view. The most relevant requirement was a “natural-born female” rule. But the pageant also excluded other participants—those outside a certain age range, those who were married or had children, and those who had ever “posed nude in film or print media.”

By implementing and enforcing rules for participation, the pageant controlled the message it communicated. As the appeals court stated, “the p[MK1] ageant’s message cannot be divorced from the pageant’s selection and evaluation of contestants.”

That kind of editorial discretion is commonplace in the pageant world. A Caucasian or Asian woman cannot win the Miss Black USA title. The Ms. Wheelchair America title can be won only by a woman who uses “a wheelchair for 100% of her daily community mobility.”

A multiplicity of pageants exists to showcase diverse viewpoints and messages. Each pageant “speaks” a different message, and each should have a right to do so. But the pageants also have a right to control their own speech.

And the Supreme Court always has agreed. In Wooley v. Maynard (1977), a Jehovah’s Witness took issue with being compelled to display the state motto “Live Free or Die” on his license plate in New Hampshire. The high court agreed that he couldn’t be forced, “as part of his daily life … to be an instrument for fostering public adherence to an ideological point of view he finds unacceptable.”

This and many other Supreme Court cases show that compelling speech is unnecessary; governments can prevent discriminatory conduct and still guarantee that people can speak the messages they choose.

That is all Lorie Smith is trying to do. To have a consistent message, she necessarily must exclude projects that express messages contrary to her beliefs.

And that is the key—artists such as Lorie Smith aren’t discriminating against people, they are choosing not to promote certain messages.

Colorado may take a position on certain issues, but Wooley made clear that “where the state’s interest is to disseminate an ideology, no matter how acceptable to some, such interest cannot outweigh an individual’s First Amendment right to avoid becoming the courier for such message.”

Smith shouldn’t be required to promote a message she doesn’t believe in. If the Supreme Court applies Hurley faithfully as the 9th Circuit did in Green, she will be able to speak freely.

That would be a victory for all Americans.

U.S. General Warns We’ll Be at War With China in Two Years
Leftist Privilege Gets Lawyer-Turned-Firebomber Off Easy
Radical Activists Illegally Protest Outside Amy Coney Barrett’s Home
Audi’s new EV is a luxury SUV with augmented reality that doubles as a pickup
AP Stylebook recommends against ‘dehumanizing ‘the’ labels,’ like ‘the French,’ then deletes post due to ‘inappropriate reference to French people’