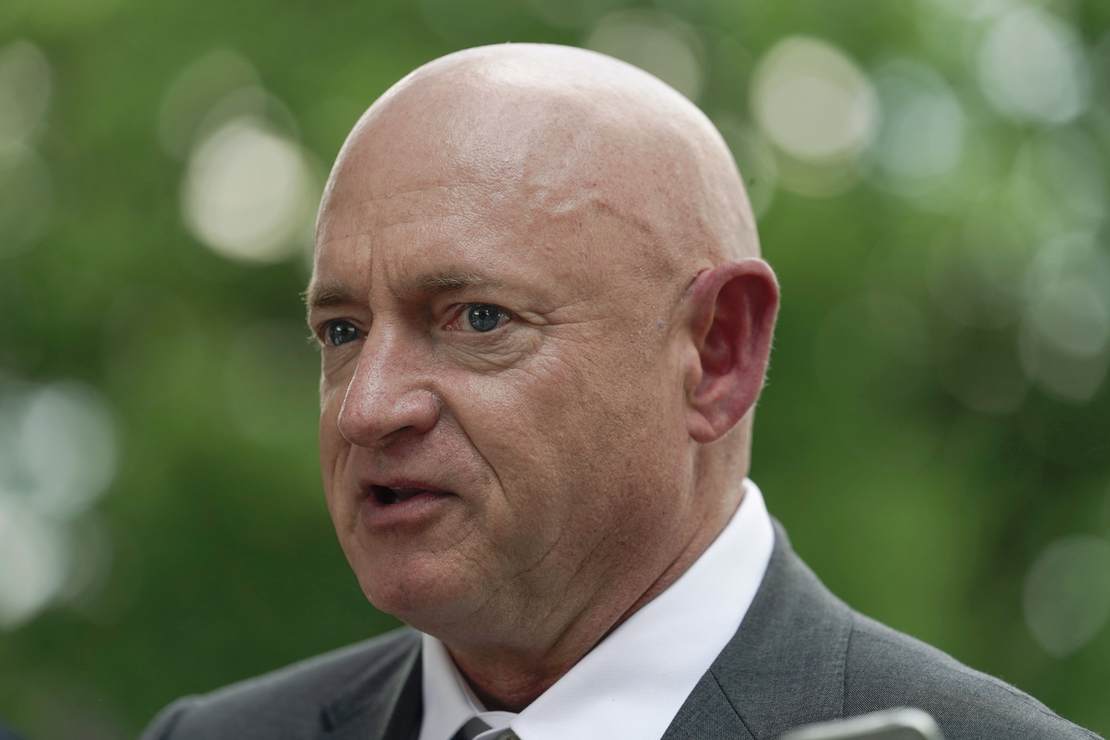 Sen. Mark Kelly (D-Ariz.) has been critical of his party and of Joe Biden over the border crisis. In many ways, it’s refreshing to hear a Democrat senator speaking out about this issue.

But I’m not falling for it. And neither should you.

I’d love to take him at his word, because he actually says the right things.

Last month, he blasted Joe Biden’s handling of the border.”It’s a mess. It’s chaos. It’s crisis after crisis,” he said.

His criticisms have continued even after he was re-elected. When asked by Washington Post columnist Karen Tumulty this week whether his party recognizes “the complexity of the issue and the frustrations that people have?” Kelly flat-out said, “Absolutely not.”

“Not even close. When I first got to Washington, it didn’t take me long to realize that there are a lot of Democrats who don’t understand our southern border and a lot of Republicans who just want to talk about it. Don’t necessarily want to do anything about it, just want to use it politically,” he said. “So my approach has been — to the extent that we could and can — to make progress on securing it, but also doing it in a way that’s in accordance with our ethics and our values, not to demonize people.”

The truth is, Mark Kelly has presented himself as a border hawk and spent much of this year distancing himself from Joe Biden. But those are just words. Actions are more important, and Sen. Kelly proved repeatedly that he was just a rubber stamp for Biden and his agenda. Kelly voted with Biden 94.5% of the time—a significantly higher amount than what FiveThirtyEight predicted he would. Which means he’s failed to represent the values of his own constituents, including when it comes to the border.

And it’s not like we didn’t know about it. Blake Master called him out over his steadfast support of Joe Biden and his agenda during their debate.

“Sen. Mark Kelly has messed everything up. Our border is in chaos. We’ve got drugs and illegal aliens just pouring in. Crime is up. The cost of groceries, actually the cost of everything you need to live, keeps going up and up,” Masters said. “It wasn’t like this two years ago. What changed? Joe Biden took over, and in Washington, Mark Kelly backed Joe Biden every single time.”

Later, Masters even asked Kelly point blank to prove himself.

“Sir, have you done everything in your power to secure our southern border?” he asked. Kelly had nothing to boast of, save for mentioning a few tours he took with law enforcement at the border. Why not? Because Kelly’s voting record proves he’s not interested in border security. As The Federalist previously noted, Kelly “voted to reject reinforcements for law enforcement and denied agents more equipment for drug detection. Kelly also voted to end the Trump administration’s ‘Remain in Mexico’ policy, opening the migrant floodgates.” Kelly also opposed 18,000 more Border Patrol agents while supporting 87,000 new IRS agents. As Blake Masters pointed out, “That shows you what his priorities are.”

When it comes to supporting border security, Mark Kelly talks the talk but doesn’t walk the walk.