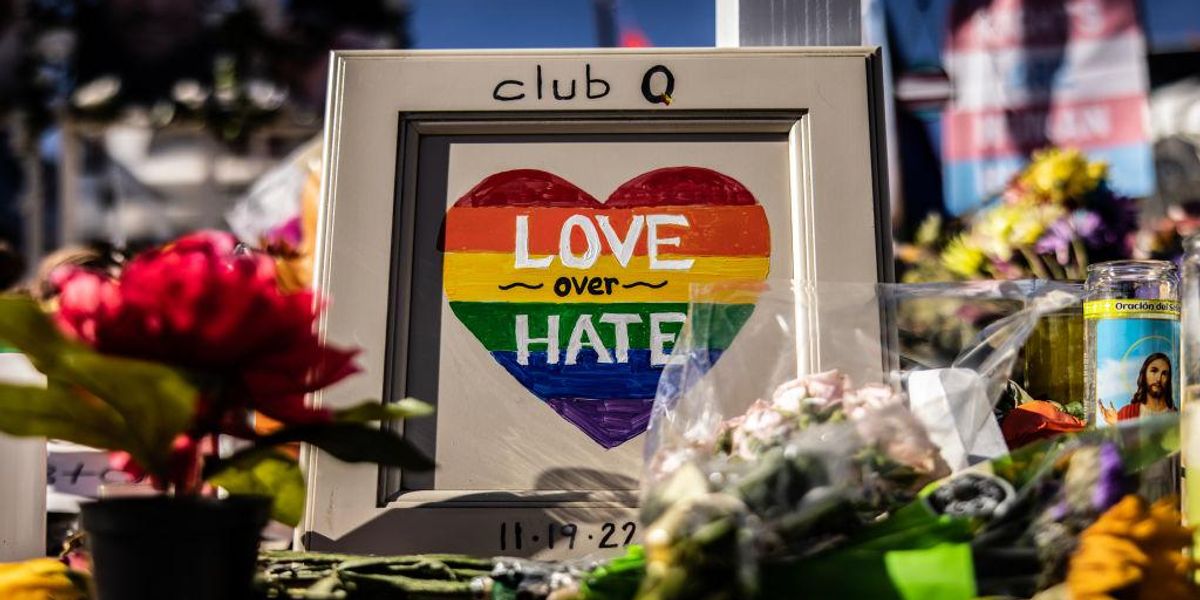 The individual suspected of perpetrating a deadly shooting at a gay nightclub in Colorado last weekend identifies as nonbinary.

“Anderson Aldrich is non-binary. They use they/them pronouns, and for the purposes of all formal filings, will be addressed as Mx. Aldrich,” a footnote in a court filing states.

The shooting at Club Q in Colorado Springs left five dead and more than a dozen wounded.

“A very sad tragedy. Hopefully, now that some facts have come out, politicians can stop with their knee jerk reactions and disgustingly exploitative attacks on other politicians,” former U.S. Rep. Scott Taylor of Virginia, a Republican, tweeted in response to a New York Times reporter’s post about the news of the suspect’s nonbinary identity.

u201cA very sad tragedy. Hopefully, now that some facts have come out, politicians can stop with their knee jerk reactions and disgustingly exploitative attacks on other politicians.u201d

Democrats pounced on Republican Rep. Lauren Boebert of Colorado after the lawmaker issued a tweet lamenting the attack and calling for an end of unlawful violence. “The news out of Colorado Springs is absolutely awful. This morning the victims & their families are in my prayers. This lawless violence needs to end and end quickly,” Boebert tweeted on Sunday.

Transgender Colorado state Rep. Brianna Titone claimed that Boebert had blood on her hands and called for her to resign.

“Thanks for the ‘thoughts and prayers’ but that does nothing to offset the damage that you directly did to incite these kinds of attacks on the LGBTQ+ community. You spreading tropes and insults contributed to the hatred for us. There’s blood on your hands. Just resign,” Titone tweeted.

“I have never had bad rhetoric towards anyone and their personal preference as an adult,” Boebert told Ross Kaminsky during a Tuesday KOA radio interview, according to Colorado Public Radio. “What I’ve criticized is the sexualization of our children. And I’ve criticized men dressing up as caricatures of women.”