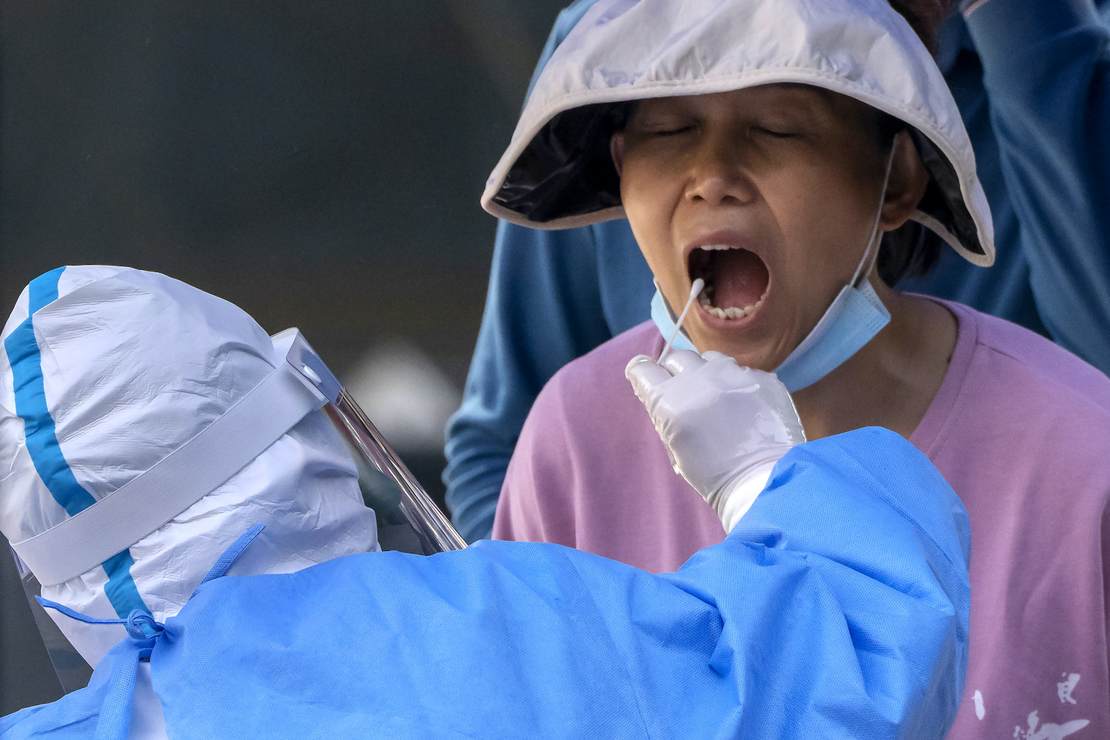 New cases of COVID-19 are on the rise in China again, which has many international economists worried that the lockdowns resulting from Beijing’s Zero-COVID policy will lead to a severe global recession.

The one-two punch of slowing U.S. growth due to rising interest rates and the Chinese Zero-COVID policy locking tens of millions of people in their homes and out of their workplaces could bring economic growth in developing countries to a screeching halt. The slowdown would eventually reach the U.S. as slowing exports would affect the manufacturing sector.

The new lockdowns are hitting the transportation center of Guangzhou, one of China’s largest cities with nearly 19 million residents. Schools will be shut down, public transportation services will be suspended, and residents are advised to stay home in several districts.

The Chinese Communists recently slightly altered their Zero-COVID policy. The changes include shortening quarantines for people arriving in China to five days from seven and narrowing the definition of who counts as close contact with an infected person.

But that policy is in danger of being tossed out as China’s virus mitigation efforts falter.

There are rising fears that cities are once again coming to a standstill in the world’s second largest economy. From Guangzhou in the south to Zhengzhou in the central region, surging cases have forced local governments to step up lockdowns in the last few days. China on Sunday reported 26,824 new cases across the country.

Beijing, the country’s capital city, recorded three Covid deaths over the weekend. The Haidian district of the city has canceled in-person classes, according to a statement by the district government Sunday.

The Chinese economic slowdown is unnecessary. But the Communist authorities are stuck with a policy the West abandoned almost two years ago because to change now would be to admit error. And in the cutthroat world of the Chinese Communists, it’s bad enough to be accused of error. Admitting as much can be very unhealthy.

So China will limp along, pretending their “enlightened” COVID policy is saving lives when, even if it is, the same result could have been achieved without the economic disaster. Economic growth, which had rebounded to 3.9% in this last quarter, was already falling back. And other indices were also showing signs that Beijing’s inconsistent policy was leading to disaster.

The Associated Press reports that retail spending shrank by 0.5% from a year earlier in October, falling back from the previous month’s 2.5% growth as cities re-imposed lockdowns. Imports fell 0.3% in a sign of anemic consumer demand, a reverse from September’s 6.7% rise.

Chinese exports shrank by 0.7% in October after American and European consumer demand was depressed by the large interest rate increases by the Fed. Other central banks also raised rates in a so-far futile effort to cool inflation that is at the highest it’s been in 40 years.

Factories in Shijiazhuang were told to operate under “closed-loop management,” which is another way of saying employees need to live at their workplaces. But it’s all for the glory of the fatherland, so no worries.

It’s amazing that there hasn’t been a revolt by the Chinese people. All the fight appears to have been taken out of them, and now it’s just resignation and sullen compliance. That’s what 100 years of Communism leads to — the destruction of the soul as well as free will.

The State of …
Who Are the Left-Wing Donors Boosting America’s Youth Vote?
The Biden Admin Just Made Woke Investing Even Easier
New study finds little to no health risks related to eating meat
President Joe Biden’s Schedule for Tuesday, November 22, 2022