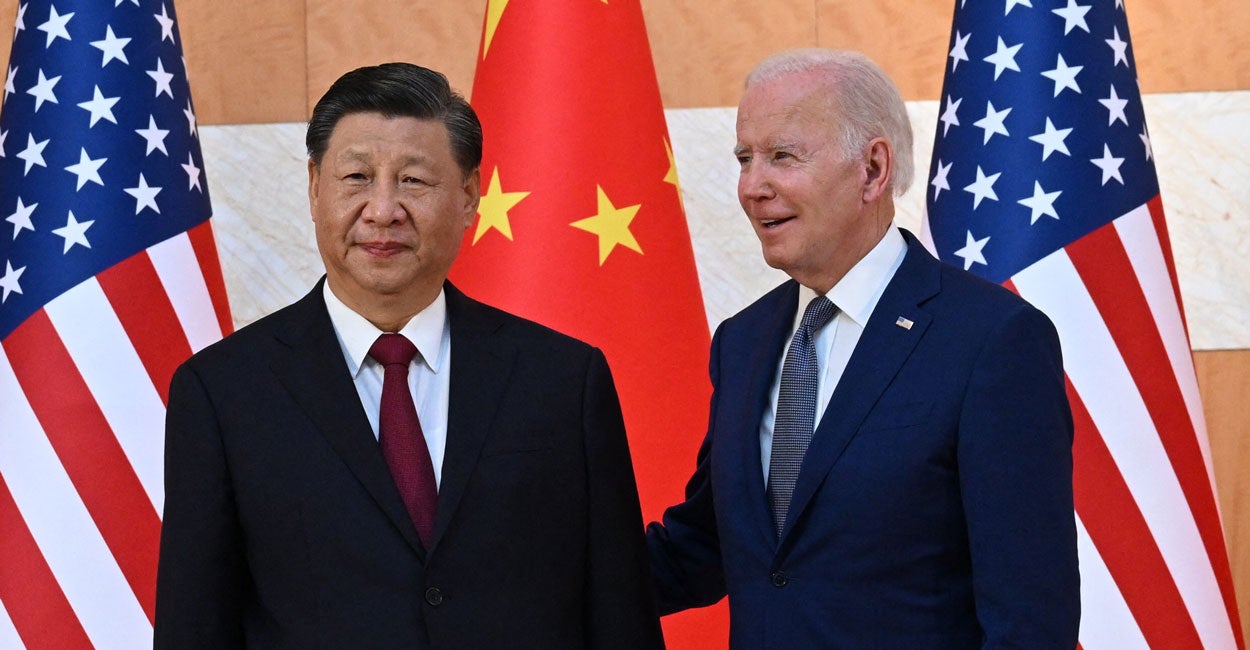 Soon after Brazil’s leftist former president, Luiz Inácio “Lula” da Silva, secured a non-consecutive third term in October, the White House rushed to embrace the incoming government. With the addition of Brazil, a new bloc of Latin American countries that were once reliable U.S. partners will now be governed by presidents determined to expand ties with China, Russia, and Iran.

The Biden administration is eager to work with Lula on issues like climate and recently announced it is preparing an “early opportunity” to meet with him. This is in stark contrast to its treatment of outgoing conservative President Jair Bolsonaro, who could not secure a meeting with President Joe Biden until threatening to boycott the Summit of the Americas this past June.

Lula, who previously governed between 2003 and 2010, narrowly defeated incumbent Bolsonaro by a less than 2% margin. Lula’s political comeback is astounding after he spent 580 days in prison for convictions for money laundering and corruption charges. He was later released on procedural grounds by his Worker’s Party-appointed majority in the Supreme Court but was never exonerated.

The harsh economic impact of the pandemic and persistent media attacks on Bolsonaro both locally and internationally led a slim majority of Brazilians to opt for Lula, who spent months moderating his rhetoric and building a broad coalition with traditional centrist politicians.

If its engagements with the region’s other recently elected leftist leaders are any indication, the Biden administration is likely to pursue closer relations with Lula. But a White House eager to snub outgoing Bolsonaro and embrace Lula on issues like climate should not overlook the serious questions that another Lula term will pose for U.S. interests in its own neighborhood.

When Lula takes office on Jan. 1, every major Latin American economy will be governed by the far Left for the first time ever. A new bloc by way of Argentina, Brazil, Colombia, and Mexico is in the making. These countries will now be led by presidents who have derided U.S. influence while growing economic and diplomatic ties with the Cuban, Venezuelan, and Nicaraguan dictatorships.

Lula, who founded the leftist São Paulo Forum in 1990 with Fidel Castro, defended Nicaraguan dictator Daniel Ortega just this year. In his first presidency, Lula used Brazil’s development bank to channel funds to the region’s dictators, including nearly a billion dollars to a Mariel port project in Cuba.

Since the “pink tide” of the early 2000s brought the first major wave of leftist leaders to the region, the Latin American Left has also sought to materialize “regional integration” efforts. This would include the participation of their authoritarian allies in Cuba, Venezuela, and Nicaragua.

This year, Lula campaigned on regional integration, including developing a regional currency, the “SUR.” Then-Venezuelan President Hugo Chavez made a similar attempt over a decade ago but failed to garner sufficient support from the region’s largest economies. However, the political climate is increasingly favorable and the technological progress of digital currencies, including a push from Beijing, could strengthen efforts. Like Chavez, Lula does not hide the fact that this is a deliberate effort to weaken dependency on the U.S. dollar.

Most importantly, Lula has a history of keeping relations with Washington afloat while readily embracing the influence of communist China and allies Russia and Iran. Since his first presidency, Lula’s foreign policy has opted for a “multi-polar” world, even one (in practice) where Beijing and Moscow might be powerful poles in the Western Hemisphere. He already met with China’s special climate envoy, Xie Zhenhua, at the COP27 conference in Egypt.

Lula is likely to help revive the “Union of South American Nations” with Venezuelan dictator Nicolas Maduro and to strengthen the Community of Latin American and Caribbean States, or CELAC, two multilateral bodies that exclude U.S. participation. CELAC is notable for hosting communist China’s regional ministerial forums. In the most recent forum in December, China announced a laundry list of areas of cooperation with the region’s governments, including in nuclear and aerospace.

In his first two terms, Lula was instrumental to positioning Beijing’s influence in Brazil. China increased its trade with Brazil sixteenfold under his tenure, evolving from initial investments in rare earth minerals, oil and gas, and agriculture to sensitive telecommunications and infrastructure projects, and later to capital goods, manufacturing, and the service sector.

According to Freedom House, a U.S. nonprofit that advocates for democracy and human rights, at least four major Chinese state media outlets have offices in Brazil, Chinese state television has an active presence, and a Chinese Communist Party-funded publishing house works with locals to publish a pro-CCP newspaper. The outgoing Bolsonaro government initially tried to block the CCP-linked telecommunications giant Huawei from negotiating sensitive 5G spectrum projects in Brazil, but ultimately relented.

Despite mixed rhetoric during his election campaign, all of this is likely to expand under Lula, who used the commodities boom of the early 2000s coming largely from China to boost public spending during his earlier time as Brazil’s president. He was also a co-founder of the Brazil Russia India China South Africa grouping, the expanding economic bloc that now may include Iran and is being wielded of late to counter U.S. economic influence.

Brazil, the largest economy in Latin America and a democracy of 217 million people, is too important a security and economic partner to the United States to become a client state for malign actors or a source of regional instability. If the Biden administration is serious about countering China and its allies in its own hemisphere, it urgently needs a strategy that makes this threat its number one priority with the incoming Lula government.