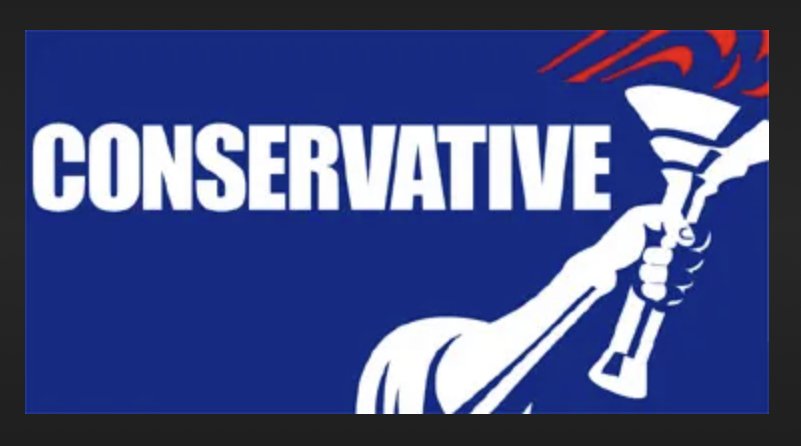 I had an interesting experience this week that challenged me as a Conservative. It was noteworthy because I have always thought of myself as not close to the center, but when I had a blog twenty years ago, my tagline was “there is no room to my right.” I am so committed to my Conservative and traditional ideals that I have sacrificed many friendships and relationships. Losing people in my circle was difficult, but compromising myself would have been more challenging. To have my position challenged this week was harsh and confusing. It made me question the very definition of the term.

Two labels that I have little use for are Libertarian and Independent. Libertarians believe that we can exist without any form of government. This belief is nearly impossible as a central government is essential for specific components of our life that, without, would result in anarchy. National security, a police force, a monetary system, infrastructure for travel, and control of who enters our country are but a few things that we must rely on a central government. That does not mean the central government has unfettered power but should be constrained by the people. An independent, in my view, is someone afraid to acknowledge an alignment to one side or the other. The political arena in America is so diametrically opposed that being neutral is illogical. To live in the middle is more of an indication of ignorance of the issues or the inability to formulate a position than a legitimate political ideology.

I will not define a Progressive, for I think that is a fluid stand. I see Progressives as people constantly searching for more creative ways that the government can provide for every need in life. Progressives are highly dependent individuals. Conservatives or Conservatism is easier to define and understand. Big “C” Conservatives believe in limited central government. We believe in local control, thus our love of the Republic versus a Democracy. We have an opportunity in America to decide where we want to live based on geography and ideology and still be proud Americans. My own life experience is an example. Born and raised in Massachusetts, I was expected to be a Democrat. It was a birthright of being born in the Commonwealth. As I grew and learned, that expectation did not work for me, and when I got married and started a family, we headed to the Granite State. Forty years ago, New Hampshire was a beautiful state rich in natural wonder and very Red and Conservative. New Hampshire in the 80s was where I was meant to be.

I live in a small town on the seacoast with a population of about 12,000. Doing some research on the town website, I was surprised to see more voters registered as unaligned than Democrat and Republican voters combined. If Conservatives are ever to be successful in winning an election in this town, we must reach out to the unaligned to join our ranks. If we choose to isolate ourselves and not communicate with anyone identifying as non-Conservative, then we do so at our peril, as the numbers are not in our favor.

When I published my Sunday Spotlight this week about Kevin Costner, I was accused of touching the third rail. I hope the person who said this, and I look forward to his comments on my articles, did not mean it in such a drastic manner. I can take the criticism as I have thick skin, but we cannot have this thinking and flourish as Conservatives. We are enjoying a swing back from the Radical Left. I hope we do not push the pendulum away by saying nobody left of center is welcome on our side of center.

I took some of the same fire months ago when I wrote about Tulsi Gabbard. I predicted at the time that she would cross the aisle. Though she has not declared herself a Republican, she has dissolved her association with the Democrat Party. Take a minute to listen to her podcast, and you will hear the voice of reason and Conservativism. It would have been a shame to slam the door and tell Tulsi she was not welcome in our tent. We need to invest in a giant tent and hope more Tulsis are willing to see the light.