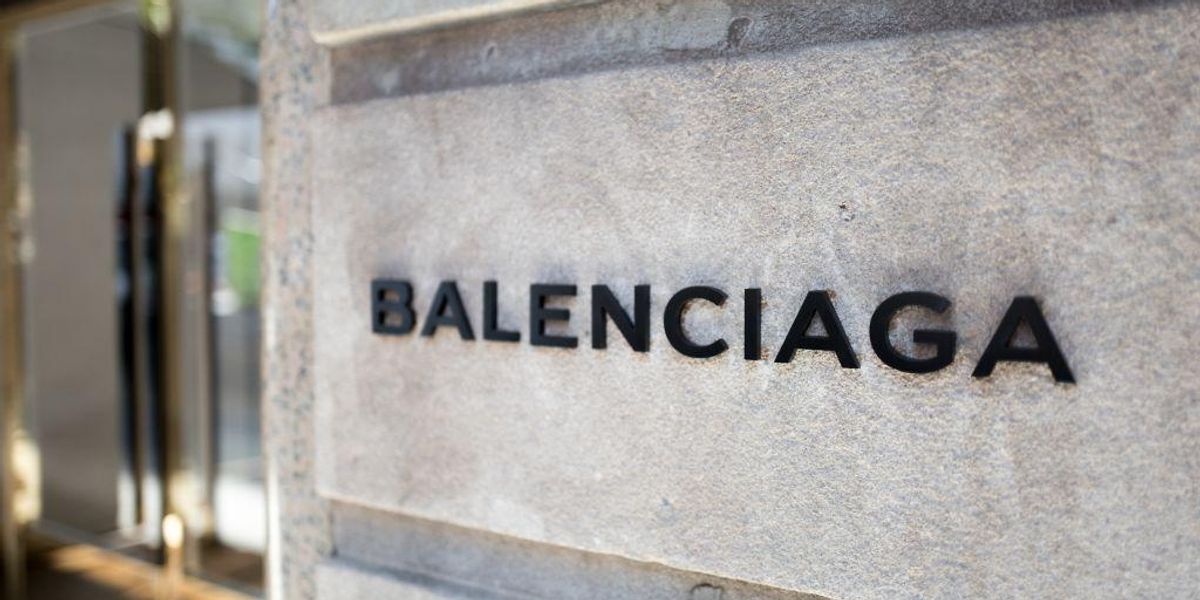 As of Monday, TheBlaze was able to confirm that the controversial photographs were still on the company’s website.

One photo shows a young girl standing on a bed while holding a strap connected to a white teddy bear purse. The stuffed animal is wearing a padlocked collar, spiked bracelets, and a mesh top.

Another photo features a girl holding a purple teddy bear wearing similar bondage attire. In the picture’s background is another blue, bondage-themed stuffed animal resting on the end table.

Although the bear handbags are not yet for sale, the photographs were part of a campaign advertising the Balenciaga gift shop.

Parents were furious about the disturbing imagery from the fashion house. Online critics called the ad “disturbing,” “creepy,” and “wrong.”

“Frightening how many adults must have been involved in this,” one Twitter user wrote.

Twitter added a community disclaimer to the post, stating, “This is an authentic Balencia marketing photograph,” referring to the picture featuring the court document.

“It contains an except [sic] from the US Supreme Court opinion in United States v. Williams, which upheld part of a federal child pornography law,” added the disclaimer.

According to Twitter, the disclaimer was created by users and “appears when rated helpful by others.”

In October, Balenciaga dropped its partnership with Kanye West and has since announced its Spring 2023 campaign, featuring Nicole Kidman as its new face. Following the recent online backlash, the company wiped much of its Instagram content.