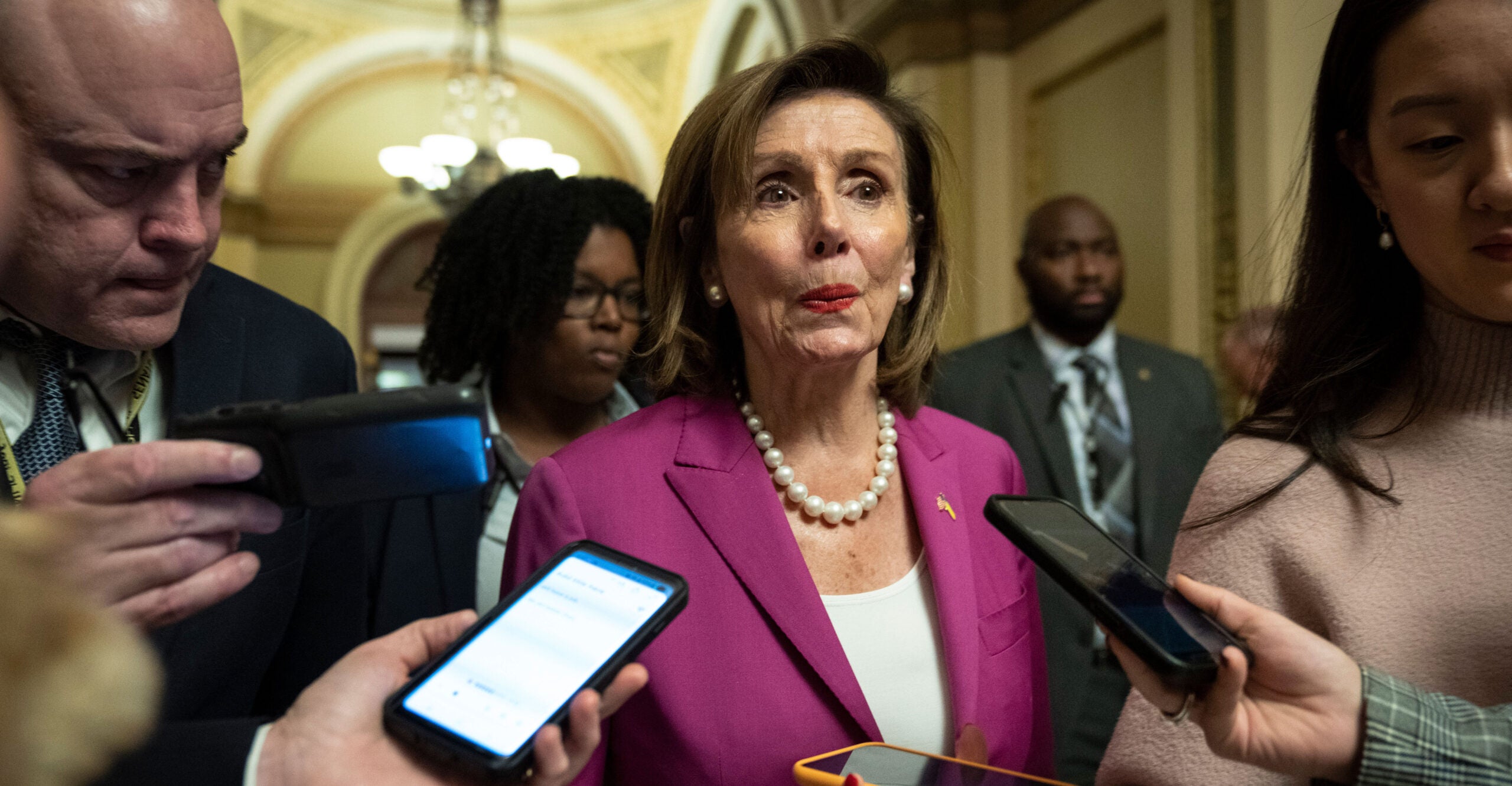 Nancy Pelosi rightfully will go down as one of the greatest speakers in the history of the U.S. House of Representatives. I’m not sure I would agree with Pelosi on a single policy issue; that’s not the point. As far as leadership ability and political smarts, Pelosi ran circles around the bumbling Republicans of her time.

Pelosi got things done for the Left in a way no recent Republican leader could for the Right. When the stakes were highest, she was able to corral her votes. Simultaneously, when the far Left went too far, she was willing to slap them down.

There’s a name for all this. It’s called leadership. Republicans are desperate for a leader like this in the House.

Before the 2006 elections, as the George W. Bush administration began cratering politically, the far Left began pushing to impeach him over the Iraq War. Pelosi led the charge against impeachment. She took on the far Left directly. They hated her for it.

But Pelosi knew that Democrats were winning politically and was smart enough to see that impeachment had the potential to shake that up. It worked. As a result, Democrats gained 30 seats in the House and took back control of the chamber for the first time in 12 years. This effectively ended the Bush administration’s power and paved the way for Barack Obama.

In the process, Pelosi was elected as the first female House speaker in history. She didn’t get it due to some 2022-style artificial diversity push. She earned it.

If Pelosi’s first big political test was holding off the far Left, her second test required walking moderate Democrats right off a cliff in the name of historic left-wing progress. In 2010, Democrats lost their filibuster-proof majority by losing a special Senate election in Massachusetts, of all places.

Even Obama saw this surprise Massachusetts defeat as the end for Obamacare. He was ready to cave and replace the massive federal health care takeover with a series of smaller bills. Pelosi wouldn’t have it. With the push for Obamacare, unlike the impeachment debate earlier, Pelosi found a cause she deemed more important than politics. Moderate Democrats knew their votes would cost them their seats, but Pelosi was able to get them to vote for Obamacare anyway.

In the end, Obamacare passed, and because of it, 63 Democrats predictably lost their House seats in the 2010 midterms. Pelosi lost the speakership. Through this process, she did something no recent Republican leader has come close to doing: She proved she was willing to lose political power to get things done. Democrats viewed Obamacare as the holy grail. To them, implementing it was worth the cost.

Conservatives should ask themselves: Is there a single issue recent Republican leaders feel that passionately about? What’s the point of winning elections if you aren’t going to do big things?

You don’t have to like Nancy Pelosi or Obamacare to admire this level of leadership and smarts. It’s precisely what has been lacking among congressional Republicans.

On the Right, the reformist side is so desperate for progress that they sometimes end up tilting at windmills, often at their political peril. Even worse, the larger establishment bloc is not really interested in getting things done.

To them, the election itself is the endgame. Washington service is largely a tryout for a career in corporate influence. They are happy to make some attempt at stopping the most left-wing policies, but real progress on a conservative agenda is not even something they contemplate. They don’t say it out loud, but the unwritten rule is anything at all that threatens reelection is off the table.

This is, of course, a perversion of the political process, but it’s 100% the mindset of the majority of Republicans in Washington.

Republicans love to hate Pelosi, and often for good reason. She was tough and even mean sometimes. On issues like COVID-19 and stock trading by members of Congress, she helped break trust with the American people. More broadly, she pushed through many policies that will hurt America badly.

This record is nothing to celebrate. But as a purely political matter, Pelosi has been by far the greatest congressional leader of our time. She ran her caucus with tight control. Nobody really crossed her, and she got things done.

The gap is so huge that the House Republicans she’s gone up against were never really in her league. Pelosi was both tougher and smarter than them. She usually ran circles around them. The honest truth is that conservatives are dying for a House leader of Nancy Pelosi’s caliber.

Hyundai is on a hot streak in the U.S., but Biden’s Inflation Reduction Act could spoil it
Twitter account suspended after menacing tweet saying Matt Walsh, Chaya Raichik, and others ‘should have to fear for their lives more’
President Joe Biden’s Schedule for Friday, November 25, 2022
Hungary: Soros NGO Spent $4 Million to Oust Orbán with Opposition Including Neo-Nazis
CBS Exploits ‘Transgender’ 11 Year Old to Attack Virginia Bathroom Law