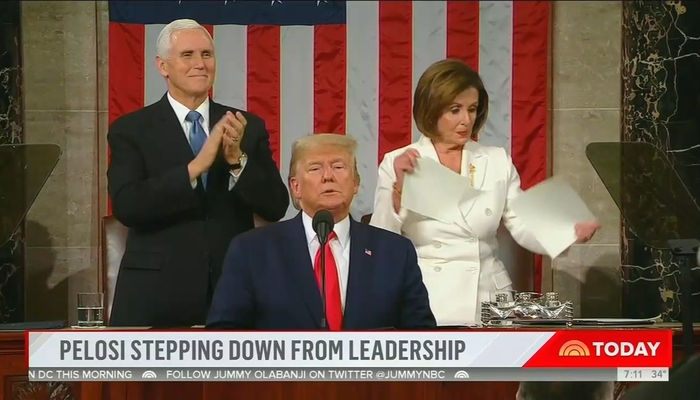 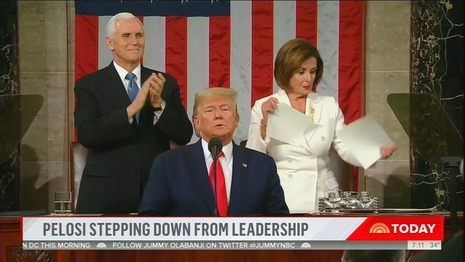 Nancy Pelosi announced Thursday that she will not seek reelection as the Democratic House Leader. Though essentially Pelosi was forced to step down due to the fact that Republicans took back the house and she’ll be 127 yrs old any day now, Hollywood celebs and blue check elitists used the opportunity to fawn over her success in office.

Singer Barbara Streisend claimed that the world is going to miss having Pelosi as our speaker … I guess I’m not part of this world then.

You are the best speaker there ever was! We will all miss you. Actually, the world will miss you! My love and best wishes to you and Paul. Love, Barbra. pic.twitter.com/NND1IqZyAJ

Actress, Alyssa Milano, claimed that Pelosi was an inspiration for young girls … LOL.

Nancy Pelosi has inspired a generation of young girls to know that they can stand up to the patriarchy and speak truth to power. I’m so grateful Bella has watched her lead with grace and grit.

None other than former White House Press Secretary claimed that nobody has “hustled” as “tirelessly” as Pelosi did. Perhaps she’s referencing all the scripts of Donald Trump’s that she ripped up.

President of the National Education Association — yes the same group who thinks it should have more jurisdiction over students than their actual parents — called Pelosi a “legend.” She also claimed she led with “tenacity and grace.”

Thank you, Speaker Pelosi, for your tireless advocacy and inspiring leadership over these many years. You have led the way with tenacity and grace, championing our schools and students. A true legend whose shoes will be hard to fill—and not just because they’re five-inch heels! pic.twitter.com/WUtgZ1KwpM

And Florida’s NOT governor, Charlie Crist also made with the silly superlatives.

Nancy Pelosi is one of the greatest House Speakers and patriots in American history. Thank you, Madam Speaker.

The hashtags #ThankYouMadamSpeaker and #ThankYouSpeakerPelosi also began trending on twitter in honor of her exit.

Legacy media also praised Pelosi likening her to an “icon,” “legendary,” and “the most important” speaker “in American history.” Eat it, Henry Clay!

The fact that blue checks praise Pelosi’s every movement and motive is honestly, embarrassing.