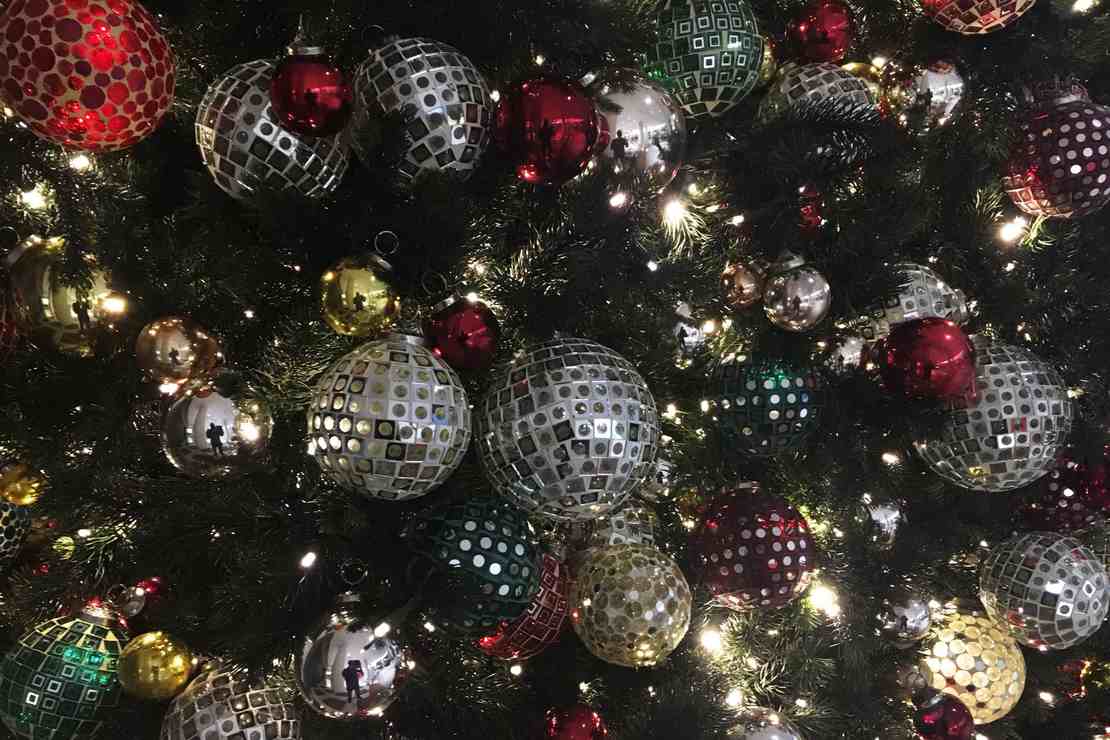 I don’t know about where you live, but in Utah, Halloween and Christmas run right into each other. It starts in August, when the first rumblings begin. People begin tweeting and posting about how excited they are that Halloween is coming, and thus begins an all-out avalanche toward Halloween. By the time September arrives, the houses are decorated with orange lights, tombstones, spiderwebs, and inflatable monsters, some of which will still be feebly breathing their last in collapsed heaps on lawns until November 1. The haunted houses, schools, hotels and spook alleys kick into gear until everything climaxes on Beggars’ Night. This year, we had a guy in his 20s. I’m not kidding, a guy in his 20s, by himself, trick or treating. I asked him if he was dressed as a software developer.

And then, just like that, bam. In the space of twelve hours, Halloween is over and the Christmas season begins. Yes, it started much earlier in the home improvement and box stores with the first artificial trees going on sale. But for the general population, it kicks in at midnight, October 31. There is a business that was completely festooned with all of the Halloween trappings, including bowl after bowl of miniature candy. Literally overnight, the witches, ghosts, vampires, cobwebs, and headstones disappeared. They were replaced with plastic pine boughs, bells, giant ornaments, fully decorated trees, Santas, elves, spray-on snow, and giant nutcrackers. Around here, Thanksgiving barely gets a glance. Just a nod, wink, and smile. Not for any political reasons mind you, but because people are just too busy stampeding from Halloween to Christmas.

We had to go exchange some sheets at a store last week, and as I was standing in the bedding section I heard “It’s the Most Wonderful Time of the Year” And I thought: “ No, it’s not. It’s November 6. And it’s raining.”

All of this is probably because most people do not consider Halloween to have any spiritual significance, but just a fun time to dress up and collect candy if you are a kid. If you are an adult, Halloween is a time to get dressed up, punish your liver with alcohol, and act like an idiot. When I was a waiter, I hated Halloween. Nothing but drunks in fishnet stockings throwing up on each other. Likewise, Christmas has become a time for decorating, getting together with friends and family, sitting around a fireplace, and exchanging foot massagers everyone bought on Amazon. And possibly drunks in elf hats throwing up on one another. There is no spiritual meaning left to it anymore.

And of course, now that we are in November, it is time for that old conservative tradition: getting angry at the secular world and demanding that we put Christ back in Christmas. We do it every year, you know. You should look for it in an op-ed section near you, or during a rant on your preferred news outlet any day now.

Chris Queen ran a story Tuesday on how Tim Allen brought faith-based elements to his new series The Santa Clauses and mentioned a few other examples of how faith has been weaved into Christmas programming, in particular A Charlie Brown Christmas. According to Fox News, regarding her recent move from the Hallmark Channel to Great American Family, Candace Cameron Bure told the Wall Street Journal:

“My heart wants to tell stories that have more meaning and purpose and depth behind them. I knew that the people behind Great American Family were Christians that love the Lord and wanted to promote faith programming and good family entertainment.”

And she wants to make Christmas movies with a Christian message.

Even a cursory glance at the news can tell you that the country is not Christian. And so we should not be surprised that the people gloss over the Christian aspect of Christmas, and prefer things like holiday trees, Festivus poles, and solstice celebrations. For some, it is a matter of being cute, trendy, or snarky. For others it is an act of rebellion. And for some, it is just a good time. So we really should not be amazed or even upset that the non-believers don’t want to celebrate Christmas or have a conniption over an inconveniently placed manger scene.

Christmas is not their holiday. They aren’t celebrating Christmas. They are celebrating whatever it is they are celebrating, but it isn’t Christmas. If anyone is guilty of taking Christ out of Christmas, it isn’t the non-believers or the pagans. It is the Christians. If you look around your house at the tree, garlands, candles lights, gifts, booze or any of the other junk that has attached itself to the season, and if you don’t see Christ, it isn’t up to the non-believers to put Him there. That’s on you.

True, Christ was not born on December 25. Most biblical scholars put it around March or April. And no, the December 25 date does not mask a pagan holiday; that was chosen to replace the pagan celebration. And I am aware that many Christians don’t act like Christians. That is in indictment of people, not of Christianity. It has been co-opted for terrible purposes over the years, but name me something that hasn’t. And yes, people have died because of Christianity. But millions perished under the likes of atheists such as Mao, Stalin, the leadership of North Korea, Castor, and even Hitler. Hitler, while nominally Catholic, wasted no time in removing crosses and bibles from churches and replacing them with swastikas and copies of Mein Kampf. Communism has caused far more death and misery. Just because your high school and college teachers never told you that doesn’t mean it isn’t true.

And technically, Christianity is Middle Eastern in its origin. It spread to the west and was adopted by it, but on a world-wide basis, most Christians are not American or even white. Take a moment to listen to this Syrian Orthodox Christian Communion hymn:

That’s Christian music and is probably very similar to what the early church sounded like. And you won’t hear it on a department store loudspeaker and you certainly won’t hear it on K-Love. But it is Christian all the same. Not everyone celebrates the season with trees, gifts, and booze. In countries where Christians are persecuted, there may be nothing to mark the season at all. People may only have the option to celebrate it in their hearts and minds, lest they be shot, raped, shoved into an oven, beheaded, or buried alive. But, they are mindful of what the time of the year means. They keep Christ in Christmas simply because they keep Christ in everything. They know the rest of the country won’t do it. So it is up to them. They know better than to demand that the community put Christ in Christmas. That could be a disaster, depending on where they live.

Yes, there will be plenty of secular music, and ads for crap no one needs or wants. There may be a possibly very unreasonable demand that you must have an absolutely wonderful time with friends, families, or co-workers. Even with all the things that seem to have replaced Christ, the fact remains that during the season, we remember a simple, but significant fact. Unlike other religions, in Christianity we have God not pretending to be human or taking on the form of a man. We have God becoming a human, entering this world not in a triumphal procession, but as a fetus and then as a fully formed baby. God became human for our sake. That’s the takeaway. It’s up to you to hang on to that this season. Not Tim Allen, not Candace Cameron Bure, not the MSM. Pagans are gonna pagan. Don’t be disappointed or surprised when they don’t put Christ in Christmas.

WashPost Arrives on Twitter Files on Hunter Biden: Not Even Close to a ‘Bombshell’!
Joe Biden to Announce 2024 White House Bid After Holidays
Failed Candidate Stacey Abrams Now Pushing For Position At The Federal Communications Commission
Congress to Roll Back Covid-19 Vaccine Mandate For Troops
Warnock Is Just as Weak a Candidate as Walker