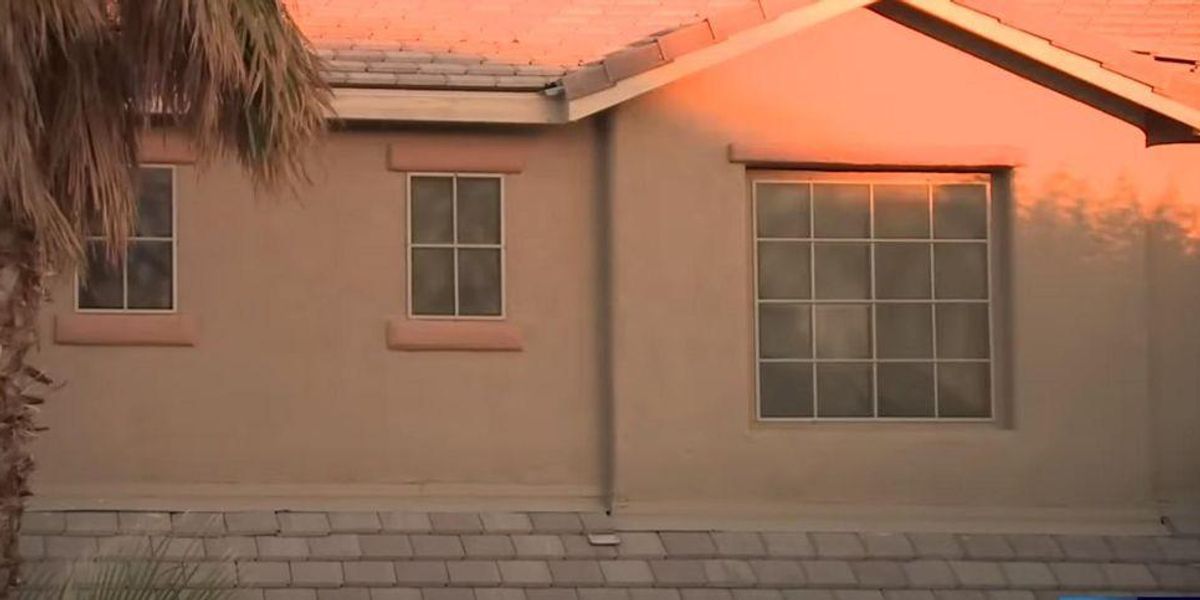 A North Las Vegas teenager was allegedly locked in her bedroom for at least a year, given little food and water and just a bucket to relieve herself.

On November 4, the unnamed girl was spotted trying to climb back into her second-story bedroom using a ladder. When a neighbor confronted her, the girl stated that she had snuck out to ask for food and water. The girl allegedly begged the neighbor “not to tell anyone” that she had snuck out because she feared she might “be punished.”

The neighbor, instead, called police, who arrived at the residence near Alexander Rd. and N. 5th St. and found the girl at the window of her bedroom. Police say the girl admitted that she occasionally climbed out of her window by tying articles of clothing together. She stated that she had climbed out that evening to use a neighbor’s water spigot. She also told them that the adults living in the residence gave her food only when her mother, Addy Gonzales, was home from work and that they did not let her use the bathroom.

Police claimed that Gonzales initially did not allow them to search the residence, stating that she would go upstairs to check on her daughter. When officers eventually entered the girl’s room, they found no bed, “only a box spring and bed frame” and a black bucket, which was “half full of what appeared to be urine and fecal matter,” a police report stated.

The girl also added that her bedroom door did not have a knob, only a deadbolt lock which she was powerless to control. She believed that she had been held “prisoner” there for at least a year.

Police then arrested Gonzales; Maria Pasarin, the girl’s grandmother; and Daniel Omezcua, a man who lives at the residence but whose relationship to the girl is unclear. The three suspects were charged with child abuse and false imprisonment but were released on their own recognizance because, as of Tuesday, prosecutors had not yet filed a criminal complaint against them. They are expected to appear in court again on November 21.

Police discovered that a 13-year-old boy was also living at the home, but that he had not been harmed.

Child Protective Services did state that agents had received eight different complaints regarding that family, but each complaint had been deemed “unsubstantiated” because “there was not enough cooperation or evidence to pursue,” the police report said.

The unnamed victim has recently turned 18. It is unclear where she is currently staying. The neighborhood where she was allegedly held captive is located about 15 minutes west of Nellis Air Force Base and about 15 minutes north of the Las Vegas Strip.