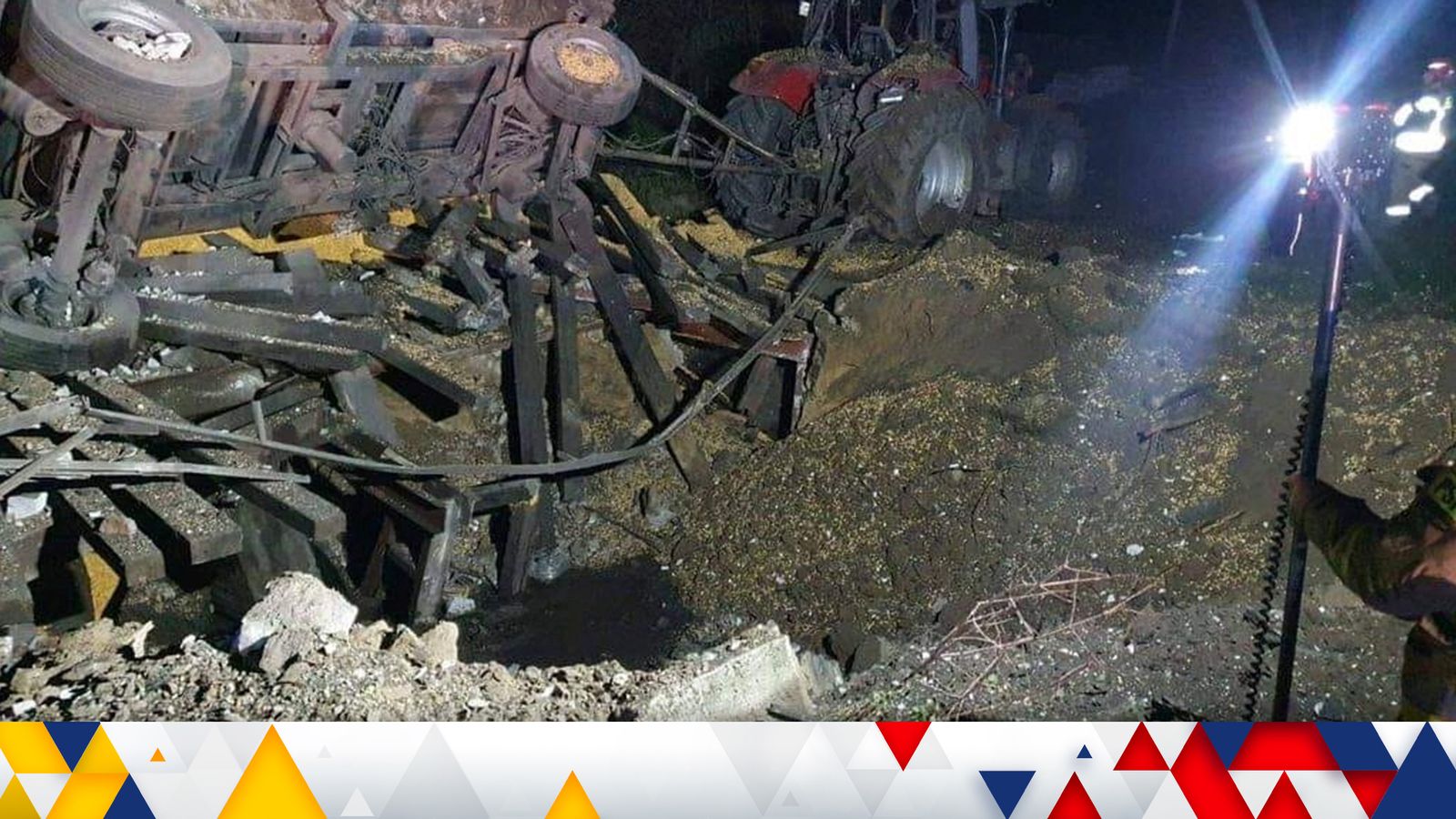 The missile blast that killed two people appears to be an “unfortunate accident” and not an “intentional attack”, Poland’s president has said.

Andrzej Duda tweeted that officials had “no proof at the moment that it was a missile fired by the Russian side”.

He added: “There are many indications that it was an air defence missile, which unfortunately fell on Polish territory.”

“An investigation into this incident is ongoing, and we need to await its outcome.

“But let me be clear – this is not Ukraine’s fault. Russia bears ultimate responsibility as it continues its illegal war against Ukraine.”

The preliminary findings came after Joe Biden and other western backers of Ukraine had thrown their weight behind the investigation, amid repeated assertions from Russia that it did not fire the missile.

The US President cast doubt on previous claims the missile, which hit a grain silo in Przewodow, was fired by Moscow.

“There is preliminary information that contests that.

“I don’t want to say that until we completely investigate it, but it is unlikely in the lines of the trajectory that it was fired from Russia, but we’ll see.”

Three US officials said preliminary assessments suggested it was fired by Ukrainian forces at an incoming Russian one.

Ukraine maintains stocks of Soviet and Russian-made weaponry, including air-defence missiles, and has also seized many more Russian weapons while beating back the Kremlin’s forces.

Ukrainian air defences worked furiously against the Russian assault on power generation and transmission facilities, including in Ukraine’s western region that borders Poland.

Ukraine’s military said 77 of the more than 90 missiles fired were brought down, along with 11 drones.

Russia has insisted it did not fire the missile.

A spokesman for the defence ministry told Russia’s state-owned RIA news agency that its strikes on 15 November were no closer than 22 miles (35km) from the Polish border.

They claimed that images of the site showed the wreckage to be that of a Ukrainian S-300 missile.