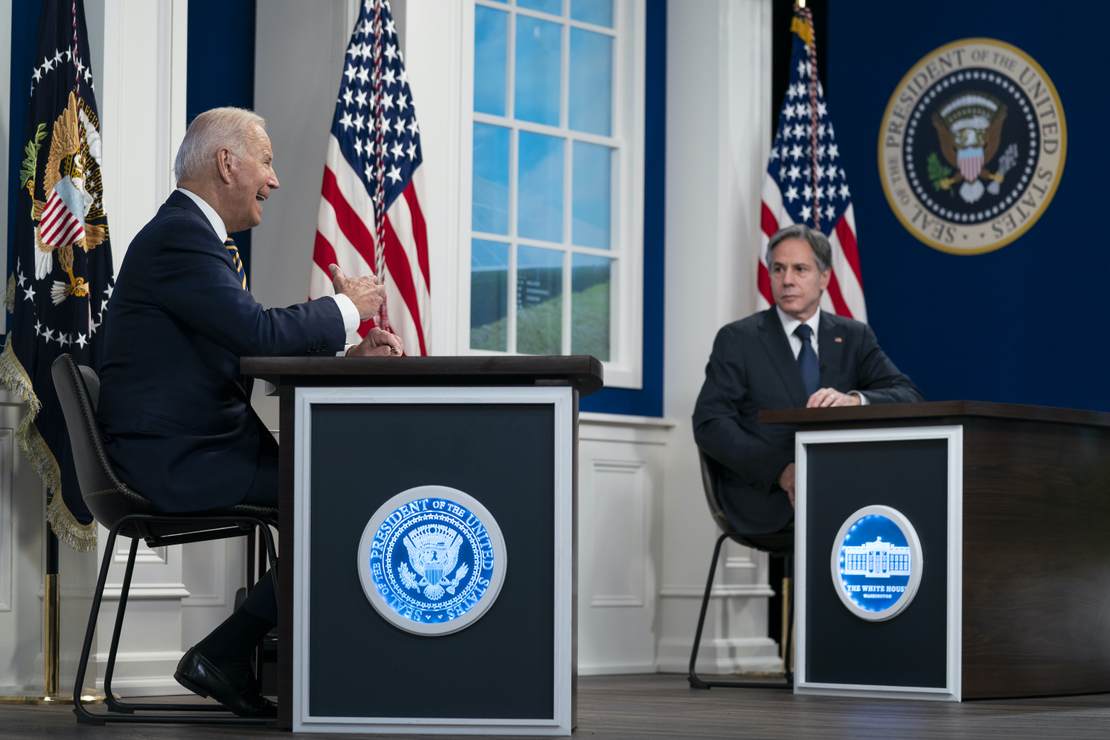 The Biden regime, infinite in its benevolence and wisdom, has sent $1.1 billion of U.S. taxpayer money to Afghanistan since the Taliban took over, and a government watchdog is trying to find out what the money went for. Old Joe’s State Department, however, is refusing to cooperate with an investigation. Gee, what could this thoroughly transparent and upright administration possibly have to hide?

The Washington Free Beacon reported Friday that “the State Department says it will not comply with a government watchdog’s investigation into how more than $1 billion in U.S. taxpayer funds was spent in Afghanistan since the Taliban terror group retook control of the country.” This is not some routine dismissal of some nuisance government accountability group; in fact, this denial of cooperation has never happened before: “The Special Inspector General for Afghanistan Reconstruction (SIGAR), a government watchdog established in 2008 to perform oversight on America’s $146 billion reconstruction project in the war-torn country, announced that for the first time in its history, the State and Treasury Departments will not comply with its investigations.”

In its latest quarterly report to Congress, SIGAR was frank about Biden’s handlers’ non-cooperation, writing that “SIGAR, for the first time in its history, is unable this quarter to provide Congress and the American people with a full accounting of this U.S. government spending due to the non-cooperation of U.S. agencies.” The report explained that the United States Agency for International Development (USAID) “and the Treasury Department refused to cooperate with SIGAR in any capacity, while the State Department was selective in the information it provided pursuant to SIGAR’s audit and quarterly data requests. … No federal agency has challenged SIGAR’s authority to conduct oversight of such programs until now.”

So, the inevitable question: What is the Biden administration trying to hide? And why has the United States sent any money to Afghanistan at all? Back in January 2022, National Security Council spokesperson Emily Horne announced, “The United States is announcing a new contribution of more than $308 million in humanitarian assistance for the people of Afghanistan. This brings total US humanitarian aid in Afghanistan and for Afghan refugees in the region to nearly $782 million since October 2021, and we remain the single largest donor of humanitarian aid in Afghanistan.” Biden’s handlers insisted that the Taliban would not get this money, but never adequately explained how it would be kept away from the group that has no significant challenges to its rule in 90% of the country.

On Aug. 31, 2021, Old Joe declared, “We will continue to support the Afghan people through diplomacy, international influence, and humanitarian aid. … We’ll continue to speak out for basic rights of the Afghan people, especially women and girls, as we speak out for women and girls all around the globe. And I’ve been clear that human rights will be the center of our foreign policy.” Over a year later, we have certainly come across with the humanitarian aid, so how is that strong stand for the basic rights of women and girls going? The Taliban has barred them from going to school and, just in case women in Afghanistan get the idea to emulate their sisters in Iran, has ordered shopkeepers not even to sell anything to women unless they’re wearing hijab.

Related: Afghanistan Is a Biden Disaster That Just Won’t Go Away

Demonstrating its utter indifference to what the Biden administration is speaking out for, the Taliban has mandated the full implementation of Islamic law (Sharia) in Afghanistan, which will only lead to further oppression of women. Are American taxpayer dollars paying for this oppression of women? Is the Taliban’s full implementation of Sharia one reason why the administration is stonewalling SIGAR’s efforts to discover where the U.S. taxpayer money went in Afghanistan, and for what?

The Biden administration has got to be the least transparent administration in history, and the catastrophically botched withdrawal from Afghanistan is its signal failure in a long record of failures and wrongheaded policies, so it’s no surprise that it is not willing to cooperate with SIGAR’s investigation. If only we had any journalists in this country. If we did, they could challenge Old Joe and Antony Blinken and Karine Jean-Pierre to explain what this massive expenditure of your hard-earned money and mine in Afghanistan was for, and challenge the administration on why it has refused to explain what it’s up to there. But a Democrat administration never has to worry. No matter what it does, the media will give it a pass, as will all too many Americans.

Big win for Joe Biden as Democrats land outright majority in the US Senate, NBC News projects
No, I’m Not a Never Trumper. I Just Want To Win.
How electric air taxis could shake up the airline industry in the next decade
Can The Republican Party Be Saved?
EXPOSED: Joe Biden’s Shameful Complicity With Anti-Semitism in His Party