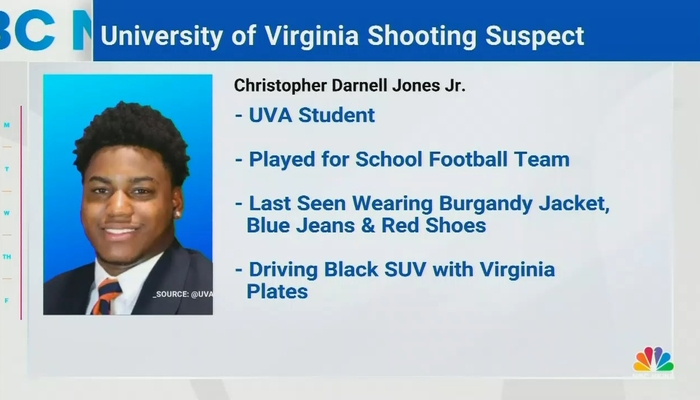 The left-wing Washington Post again flaunted their affinity for evil, murderous people on Monday as they commended the alleged shooter, who killed three people and injured two others at the University of Virginia Sunday night, for overcoming a rough childhood.

After three hours of outcry from a sensible public, the paper stealth-edited the headline to have a decisively more critical tone: “Suspected U-Va. gunman was scrutinized by threat assessment team for weapon, police say.” No editor’s note was included to explain the headline change.

Mediaite writer Jackson Richman flagged the Post for deleting a tweet promoting the egregious headline. “The Internet is forever,” he tweeted.

The Washington Post has deleted this, but the Internet is forever pic.twitter.com/TotQEHfq1P

Using the Wayback Machine to examine what the Post wrote, we can see how they glowed about the alleged mass shooter and how he “spent his early years living in Richmond public housing complexes, where it was often too dangerous to play outside” and had divorced parents:

Jones, who is listed in U-Va.’s student directory as an undergraduate in the College of Arts & Sciences, spent his early years living in Richmond public housing complexes, where it was often too dangerous to play outside, the Richmond-Times Dispatch reported. At night, while his mother worked, Jones was sometimes responsible for feeding his three siblings, walking to nearby grocery stores to pick up Ramen noodles or bologna. When he was 5, his parents divorced and his father left, a loss that he called “one of the most traumatic things that happened to me in my life.”

“Despite the chaos in his life back then, Jones always made good grades,” the paper noted before detailing how he overcame the adversity:

When he reached sixth grade, his family moved to Varina, 10 miles outside Richmond. There, he found mentors, especially through football, but his relationship with his mother fell apart.

In search of a “new start” in 2016, he moved to Petersburg to live with his grandmother, Mary Jones. The story reported that over the next two years, mentors “helped him let go of his anger.”

“Jones appeared to flourish in the years that followed,” they boasted, rattling off his awards and accolades:

He played linebacker and running back at Petersburg High, earning honorable mention all-conference honors as a senior, according to a football biography on the University of Virginia website. He belonged to the National Honor Society and National Technical Honor Society and served as president of both the Key Club and Jobs for Virginia Graduates program.

In their cleaned-up report, three hours later, the Washington Post conceded that the shooter, “had previously been investigated by the school for claiming he owned a gun and was the subject of a separate incident in 2021 that involved a concealed weapon.” He was also allegedly involved in a hazing incident.

They even had the nerve to seemingly reference the older version of the piece, reporting: “Once, Jones had been celebrated as a model of perseverance, overcoming a difficult childhood to earn his spot on a prestigious university’s football team.”

Yeah. Once upon a time, three hours ago, by the Washington Post. Just like when they praised the deceased terrorist who founded ISIS, Abu Bakr Al-Baghdadi as an “austere religious scholar.”