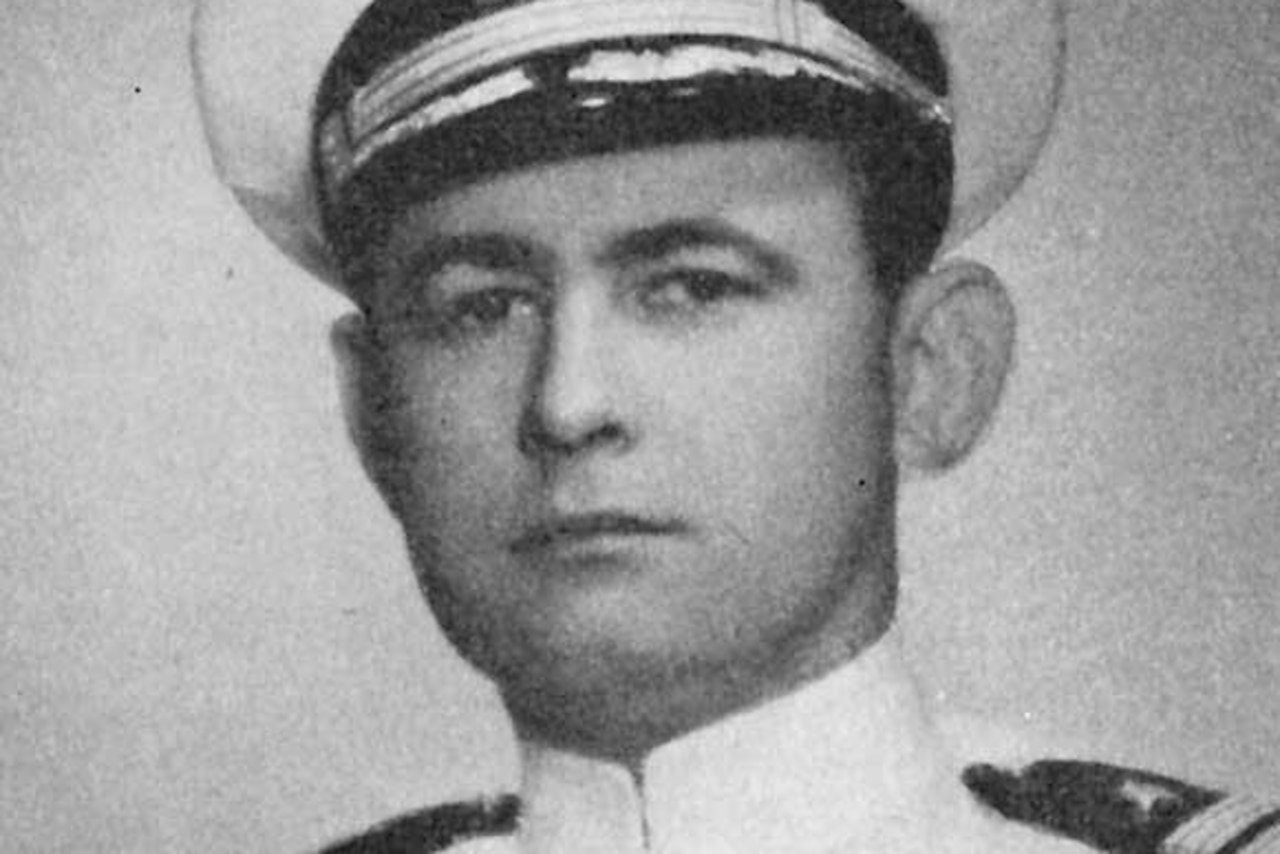 World War II Navy Rear Adm. Bruce McCandless lost most of his ship’s senior officers during an intense fight during the naval Battle of Guadalcanal. Instead of floundering, he stepped up to take charge. His actions helped win the battle and earned him the Medal of Honor.

McCandless was born Aug. 12, 1911, in the District of Columbia, to Byron and Velma McCandless. The younger McCandless’ affinity for the Navy was likely developed at a young age; his father was in the service and, when he was still young, became a rear admiral who earned the Navy Cross during World War I.

As many military families do, the McCandless’ moved around a lot when McCandless and his sister, Velma, were growing up. It was probably no surprise that he chose to follow in his father’s footsteps, earning an appointment to the U.S. Naval Academy after high school.

In June 1932, McCandless graduated from Annapolis and spent his first few years in the Navy at sea on the USS Louisville, USS Indianapolis and USS Case. While serving on the Louisville, he met and married Sue Bradley, whose father was a World War I Medal of Honor recipient. The pair went on to have two sons and two daughters.

McCandless eventually attended postgraduate school in Annapolis. After graduating in 1939, he began serving on the heavy cruiser USS San Francisco. That’s where he was when World War II began, and that’s where he would be when he earned the Medal of Honor.

In the fall of 1942, the ship took part in the massive naval Battle of Guadalcanal in the South Pacific’s Solomon Islands chain. Their mission was to keep Japanese ships from delivering troops onto Guadalcanal’s shores. The naval battle was the last in a series that forced the Japanese to surrender the island, handing the Allies a strategic victory.

On Nov. 12-13, then-Lt. Cmdr. McCandless was the San Francisco’s communications officer as it battled Japanese forces off the coast of nearby Savo Island. Throughout the course of the night, a massive bombardment by the Japanese heavily damaged the ship and knocked McCandless unconscious. The relentless fire also killed many of the senior officers on the ship’s bridge, including Capt. Cassin Young and Rear Adm. Daniel J. Callaghan, the commander of the task force of ships to which San Francisco belonged.

Despite serious injuries, McCandless knew someone had to take control of the vessel, which now lacked leadership. He quickly assumed command and ordered the ship to fire back at the enemy. Not only that, but the 31-year-old gave orders to the other ships in the task force, which weren’t yet aware that Callaghan had died.

According to a newspaper column written by journalist Drew Pearson, McCandless didn’t want to use the radio to tell the other ships in the task force that Callaghan had died for fear the messages would be intercepted by the Japanese. Because McCandless knew his superiors’ plan of attack, he went forward with it, but he worried he would be court martialed if he survived the battle, Pearson wrote.

McCandless did survive, as did the San Francisco. The Japanese finally stopped their attack on Guadalcanal and left the area.

According to naval intelligence reports, the battle sunk or destroyed 26 Japanese ships and damaged 12 more. But the win came at a heavy price for the Allies, too. The U.S. lost nine ships, and 11 more were damaged. The naval Battle of Guadalcanal was one of the deadliest of the war.

Instead of a court martial, McCandless was quickly promoted to commander and told he had earned the Medal of Honor. He received the nation’s highest award for valor on Dec. 12, one month after the incident for which he earned it. Adm. Ernest J. King placed the medal around McCandless’ neck on board the USS San Francisco as it was in port in San Francisco. At the time of the ceremony, McCandless’ father was the commander of a destroyer base in San Diego, according to a 1942 Associated Press article.

During the rest of the war, the younger McCandless went on to command the USS Gregory during the 1945 Iwo Jima operation and the following invasion of Okinawa, where the ship was badly damaged by a kamikaze aircraft that April. McCandless earned a Silver Star for his actions during that time, a 1968 Washington Post News Service article said.

After the war, McCandless took a staff position at a naval base in San Pedro, California, before returning to Washington, D.C., in November 1946 to serve in the office of the deputy chief of naval operations. McCandless returned to the sea in May 1949 to command a mine division on the USS Shannon before taking a role at the Naval Academy and being promoted to captain in early 1951.

McCandless was hospitalized for a time due to physical disabilities, so by September 1952, he chose to leave active duty. He was promoted to rear admiral on the retired list in honor of his two decades of distinguished service.

Soon after that retirement, McCandless learned that he had multiple sclerosis, according to the Independent newspaper in Long Beach, California. The diagnosis quickly relegated him to a wheelchair for the rest of his life.

After leaving the service, McCandless and his wife moved to Long Beach, where he picked up his studies at California State College (now California State University, Long Beach) and earned a master’s degree in 1953. Eventually, they moved back to Annapolis.

McCandless died from complications related to his disease on Jan. 24, 1968. The 56-year-old was buried in the cemetery at his cherished alma mater, the Naval Academy.

The McCandless name has lived on. The USS McCandless, which was commissioned in 1972 and served through the Gulf War, was named for both Bruce McCandless and his father. A community living center for veterans in Florence, Colorado, was named for the younger McCandless.

And if you Google Bruce McCandless, you’ll find plenty of information on the Medal of Honor recipient, but you may find more on his son, Bruce McCandless II. The younger Bruce also attended the Naval Academy and went on to have a storied career with NASA as an astronaut. He was the first man to walk in space untethered.

This article is part of a weekly series called “Medal of Honor Monday,” in which we highlight one of the more than 3,500 Medal of Honor recipients who have earned the U.S. military’s highest medal for valor.

Content created by Conservative Daily News is available for re-publication without charge under the Creative Commons license. Visit our syndication page for details.