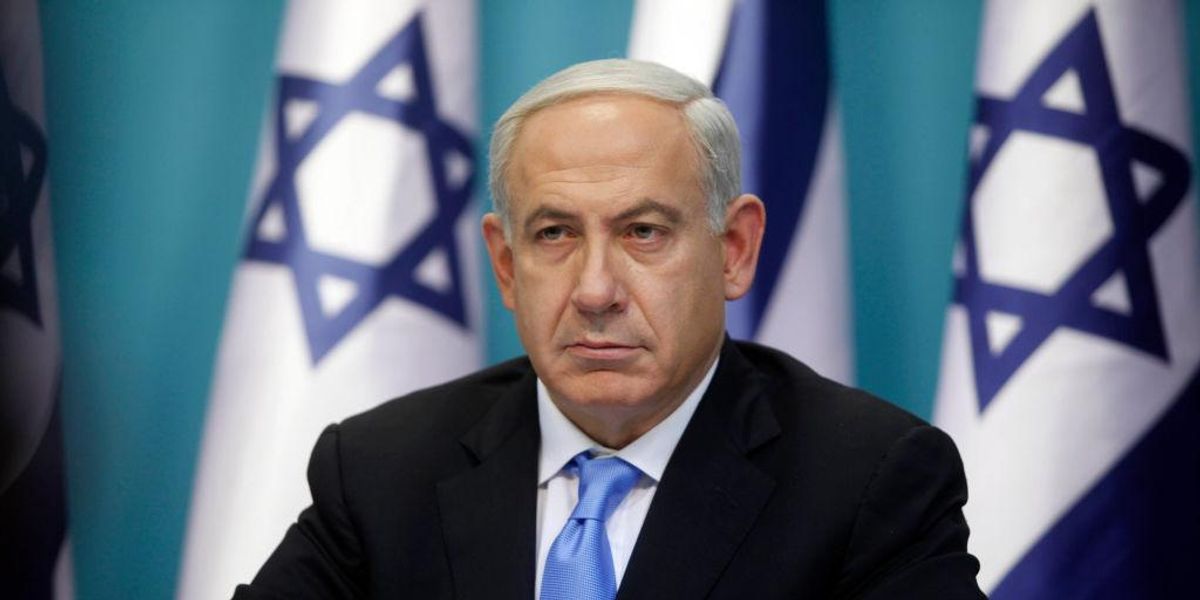 Israel Prime Minister-elect Benjamin Netanyahu touched on several important topics in a new interview with Glenn Beck. Netanyahu warned there is a new “pernicious” form of antisemitism, gave behind-the-scene details of the Middle East accords, spoke on the dangers of Iran, and revealed how he plans to deal with the Russian invasion of Ukraine when he returns to power in Israel.

Netanyahu warns of a new kind of antisemitism

“Well, I think it’s the opposition to Jews period as a collective body and desire to do away with Jewish people,” Netanyahu said. “The culmination of that is obviously Hitler, but there are men who have been smaller Hitlers in history, who don’t care about individual Jews, they don’t differentiate. Antisemites are just anti-Jews.”

He added, “But I would say that antisemitism today, has taken on a pernicious new form because you know it’s not fashionable to say you’re an antisemite.”

Beck chimed in, “If you know anything about Israel, the point of Israel is so they can live, so you could just live.”

Netanyahu replied, “The real purpose of the Jewish state is, first of all, to defend the lives of Jews who are subjected to this unforgiving and undiscerning hate.”

“We paid a horrendous price of massacres and displacements and exiles and pogroms and murder and ultimately Holocaust,” he continued. “If Israel wasn’t strong, we would have been destroyed many times over.”

Netanyahu on being ‘mistreated and disrespected’ by Barack Obama

Netanyahu was promoting his new memoir titled “Bibi: My Story.”

In the book, the former Israeli prime minister revealed that he was “mistreated and disrespected” by Barack Obama when he was president.

Netanyahu said Obama “took the gloves off” during their first White House meeting in 2009.

“With staff present, he made it clear that the U.S. would not tolerate further stalling or obstructions in the peace process, leaving no doubt which party he thought was responsible for such things,” Netanyahu wrote in his new memoir.

The Times of Israel reported, “Netanyahu says he felt the president engaged in ‘a premeditated shock-and-awe’ effort to make clear that past pressures on Israeli leaders on issues pertaining to the Middle East conflict ‘would pale in comparison to the ones that would be applied to me.'”

“The prime minister of Israel was being treated as a minor thug in the neighborhood,” the book read.

Obama allegedly instructed Netanyahu in private, “I expect you to immediately freeze all construction in the areas beyond the 1967 borders. Not one brick!”

Obama then purportedly boasted, “You know, people often underestimate me. But I come from Chicago, where I had to deal with tough opponents.”

Without providing much detail, Netanyahu said, “He then said something out of character that shocked me deeply,” only cryptically describing the message as “unmistakable,” “offensive,” and “highly disturbing.”

The memoir stated, “The prime minister of Israel was being treated as a minor thug in the neighborhood. It was this sense that the elected leader of a proud four-thousand-year-old nation was being mistreated and disrespected that got me back on my feet. ‘Mr. President,’ I said slowly, ‘I’m sure that you mean what you said. But I am the prime minister of Israel, and I’ll do whatever I need to do to defend my country.'”

Beck asked Netanyahu to elaborate on how Obama “mistreated and disrespected” him, but he said he’ll save that antidote for a second book.

Recognizing Jerusalem as the capital of Israel

Then-President Donald Trump allegedly asked to speak to Netanyahu about the potential threats of violence if the United States recognized Jerusalem as the capital of Israel.

Netanyahu told Trump, “I said, ‘Look, I don’t see it and my intel guys tell me the same thing, but I’ll tell you if there is a danger, it’ll be directed first against us, and we’re willing to you know, take the brunt of any attack, but frankly I just don’t see it.'”

“Anyway he decided luckily or gratefully that he would declare Jerusalem as Israel’s capital and of course nothing of the kind that was described happened,” he said.

Netanyahu said the move was a “great moment,” and Trump “punctured this myth and frankly finally punctured this lie” that Jerusalem couldn’t be recognized as the capital of Israel.

How Netanyahu and Trump helped bring peace to the Middle East

Netanyahu said that he approached Trump with four peace treaties “ready for the taking.”

“I suggested that he come with an aircraft carrier to the Red Sea in the Middle East, invite me and the leaders of Saudi Arabia, the United Arab Emirates, Morocco, and others,” he said.

Netanyahu said Trump was “not convinced initially,” but Trump came around after a few years.

Netanyahu said the American contribution to the peace deals was “essential,” “stellar, and important to finish seal the deal.”

The incoming Israeli prime minister said, “More will be coming.”

Netanyahu on the global dangers of the war in Ukraine

Netanyahu told Beck about the Russian invasion of Ukraine, “Well I think everybody sees that something could unravel and if it unravels it could go to a place that could jeopardize the peace of the world in an unprecedented way, really especially the slippery slope of tactical nuclear weapons and so on so.”

Netanyahu said Russia’s alliance with Turkey and Iran is “not good,” but said Israel’s relationship with Russia has “actually changed” and “in many ways for the better.”

“We have a complex relationship, a nuanced relationship with Russia, yet what I said before – this question of the possible unraveling of Ukraine into a global catastrophe – is something that should occupy every leader and anybody who can contribute to preventing this or somehow ending this tragedy should do so,” he declared.

How to stop Iran from becoming a nuclear threat

Regarding Iran obtaining nuclear weapons, Netanyahu stressed, “The only way you could stop Iran from becoming nuclear is through crippling economic sanctions coupled with a credible military threat. If you don’t have that no deal that you sign we sign – which they’ll violate promptly – will make any difference we talk about.”

How America and Israel are similar

You can watch Glenn Beck’s entire interview with Prime Minister-elect Benjamin Netanyahu below.

Listen to new episodes of “The Glenn Beck Program” here.