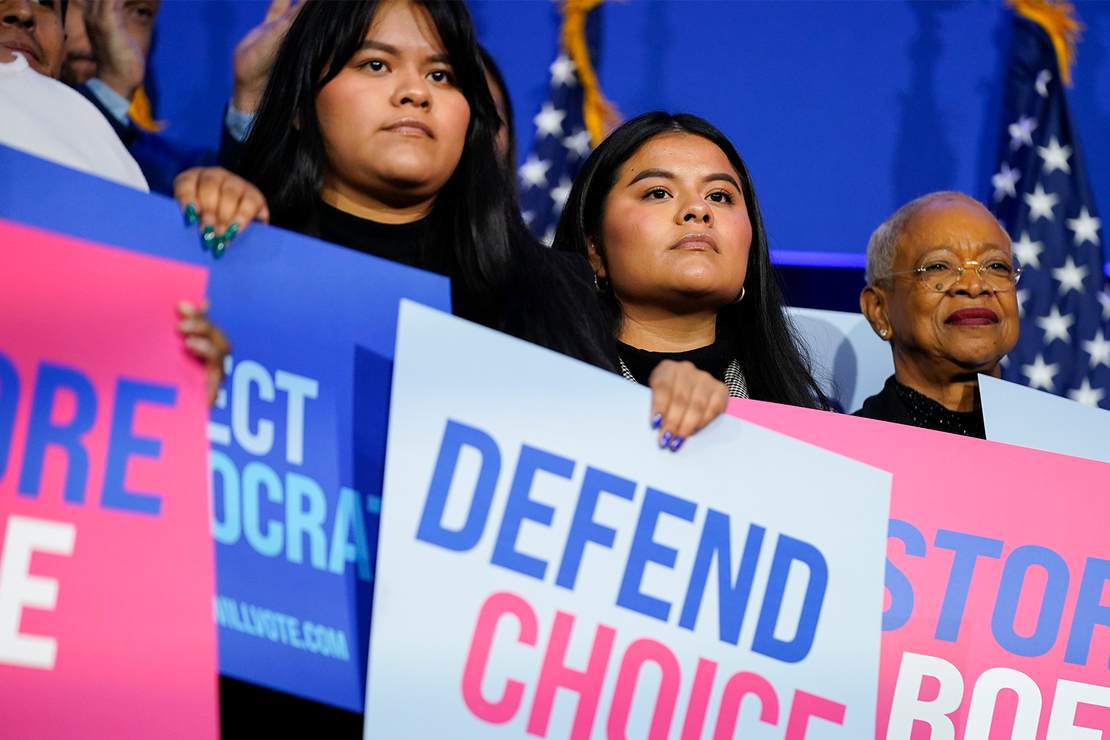 For months, we’ve been expecting a red wave to propel the GOP into the majority in the House and possibly the Senate. We may still win both, but by a much smaller margin than hoped. Democrats clearly believe that the abortion issue made this possible.

“It turns out women enjoy having human rights, and we vote,” Hillary Clinton declared on Wednesday, ironically implying that abortion is a human right.

At least she acknowledged (probably by accident) that only women can get pregnant.

In any case, since the leak of the draft Dobbs opinion and the release of the final decision, many pro-abortion voters quickly learned that, despite all the rhetoric, abortion wasn’t suddenly illegal in America, and, as predicted, blue states moved to enshrine abortion rights while red states started codifying abortion restrictions.

Democrats and allied groups also spent a ton of money making the 2022 midterm elections about abortion.

“A reported $500 million have been spent attacking Republicans who supported pro-life law and policy. Abortion was an election issue in virtually every state’s elections because Democrats made it an issue with their ads,” Catherine Glenn Foster wrote at The American Conservative. “The first national election after the Court overruled Roe was destined to be raucous, but the issue has fizzled in many states for abortion activists.”

Related: This Explains the Lack of a Red Wave More Than Anything Else

And, of course, there’s Gov. Ron DeSantis (R-Fla.), who barely won his election in 2018, but won on Tuesday by nearly 20 points, even though he signed a 15-week abortion ban into law back in April. Abortion didn’t hurt these Republicans. Nor did abortion significantly help certain blue-state Democrats. In New York, Democrat Kathy Hochul repeatedly tried to paint her Republican opponent Lee Zeldin as an extremist on abortion, yet she only won the deep blue state by 6 points. Clearly, many Democrats were motivated to vote for Zeldin over the issue of crime despite Hochul’s abortion rhetoric.

According to Marjorie Dannenfelser, the president of SBA Pro-Life America, the message was clear.

“GOP pro-life candidates win in competitive races if they define their opponents as abortion extremists who support abortion on demand with NO limits, and contrast that with a clearly defined pro-life position centered around consensus such as pain-capable or heartbeat limits,” Dannenfelser observed.

So, there may not have been a red wave, but there wasn’t a Roe-vember, either.

‘Like his soul was leaving his body’: Teen rescues dad who was crushed under truck
The RNC Chair Election Will Tell Us How Serious the GOP Is About Winning Again
Millions flock to mark death of TikTok ‘bones, no bones’ star – Noodle the dog
Jean-Pierre calls ‘Twitter files’ revelations about censorship of Hunter Biden laptop story a ‘distraction that is full of old news’
As Noah Departs, CBS Mourns Decline in Late Night Viewership