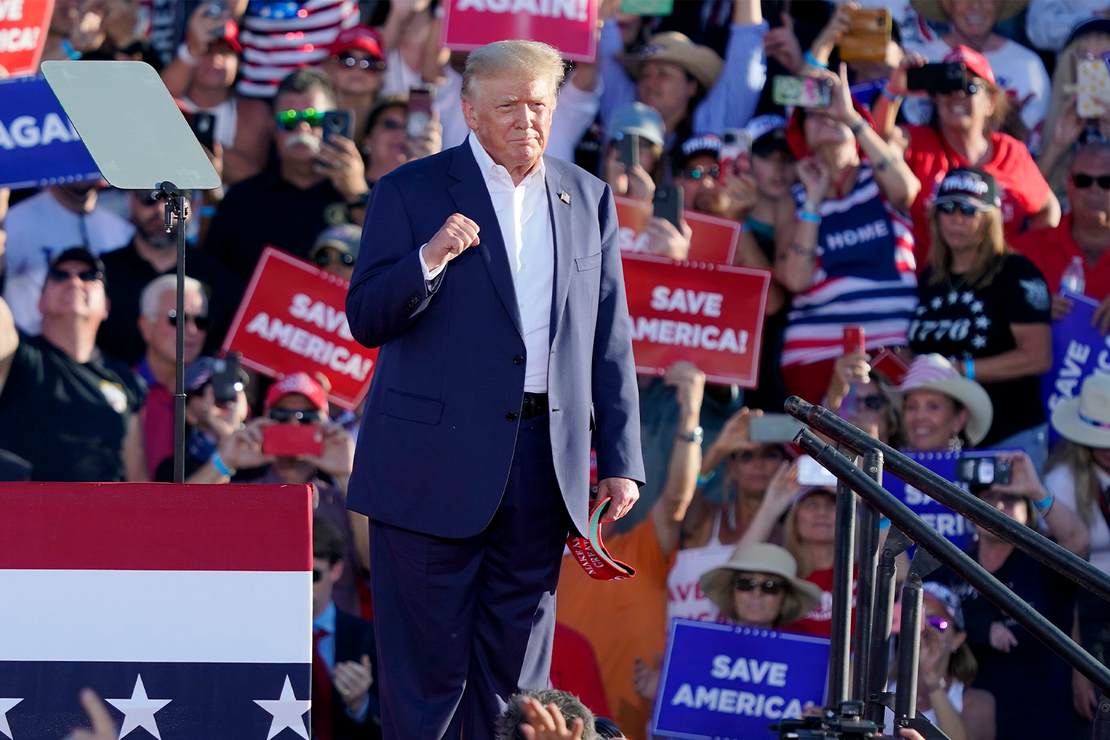 In complete transparency, I voted neither in 2016. I grew up in Upstate New York and don’t remember not knowing who Donald Trump was. Once cable TV was available and we got WPIX 11 out of New York City, we were exposed to The Donald and his worst excesses. In 2016 I did not trust him to govern any differently than Hillary Clinton would and voted for neither of them. Almost immediately, the media made me defend President Trump with their ridiculous lies and hyperbole about everything he said.

By the time he was elected, paying attention was my job. A combination of three things made me enthusiastically pull the lever for him in 2020. First, I found myself moving closer to Donald Trump’s and Tucker Carlson’s views on “free trade.” I made the mistake of pulling off the highway in a town where a company I worked for had closed a manufacturing plant. The phrase “rust belt” emerged in my mind in stark relief as I realized that plant was the only game in town when we closed it 15 years earlier. It was a ghost town.

Additionally, I came to understand America First as a foreign and domestic policy agenda that put Americans’ safety, security, and prosperity at the center. Finally, I realized the personal and financial toll the entire Trump family was paying to implement that agenda. I never doubted that Trump loved America and believed they went after him as a proxy for the people in red America. However, his behavior in the past week has me feeling like I did in 2016.

There are three distinct things Donald Trump will need to do to run a credible campaign in 2024. First, stupid nicknames are not going to do it this time, and dropping “Ron DeSanctimonious” the weekend before a critical midterm did not even get a positive reaction from the rally crowd in Pennsylvania. In 2016, Trump had no record. He had been on every side of every issue over his 40 years in the public eye. People who supported him had to take it on faith Trump would deliver on campaign promises.

After four years in the White House, he has a record. If he runs again, Trump must use that record to justify why he should be elected. That record includes foisting Faucism on the nation that persisted even after he left office. For those of us who paid attention, there needs to be an excellent explanation for why he did not remove Dr. Anthony Fauci and Dr. Debra Birx and put Dr. Scott Atlas in charge.

Related: The GOP Can Win If They Go on Offense on Abortion. Here’s Why.

As president, he had the power to change the composition of the Coronavirus Taskforce. Trump called Dr. Atlas to serve, which the physician and health policy expert did at high personal and professional cost. And if Atlas’s memoir of his time at the White House is half true, President Trump left us in the hands of inept, politicized bureaucrats playing at science. Children suffered in deep blue states whose authoritarian leaders used the advice of washed-up bureaucrats to keep them in lockdown and out of school. The nation will be tallying that cost for decades.

Next, Trump needs a persuasive argument for getting elected when he is limited to a single term. As it is now, the majority of his signature tax cut will expire in 2025, and the Abraham Accords held. Those appear to be the only durable vestiges of the one-term Trump presidency. The nation no longer has a southern border, foreign policy is a mess, we are energy-poor, and America is a joke on the world stage. Why should Americans believe Trump will be able to codify the solutions he offers and fundamentally change American foreign policy? How does he propose to drain the swamp for real in a single term?

Finally, Trump needs to stop the ideological purity tests. Some Republicans will not buy into his stolen election narrative. For example, I believe there was widespread coordination to remove election security measures using the pretext of COVID and that swing state election offices used $400 million in Zuck Bucks to create a Biden turnout machine. An article in Time magazine gave away that game, and many red states have implemented new measures to prevent it. Trump does not deserve the presidency because Democrats walked on the knife edge of the law to beat him last time. And a grudge match is not a winning message.

Extending an olive branch to popular Republicans he trashed is probably also in order. Governor Ron DeSantis is wildly popular in Florida, and any Republican nominee needs the state to win. Picking a fight with DeSantis is ill-advised since the state will almost certainly go to him in the primary. Georgia used to be reliably red and reelected Governor Brian Kemp, who Trump has repeatedly targeted. DeSantis is already leading Trump among Georgia voters. And imagine how Colorado conservatives feel about Trump trashing Senate candidate Joe O’Dea. Celebrating a Republican defeat is just horrible form, and it needs to stop. Not every state and district will elect a Trumpian candidate. That does not mean we shouldn’t hope the most reliably Republican candidate wins.

Today, Trump is poking at DeSantis again, comparing vote totals in Florida. After the election, he threatened to drop some kind of opposition research if DeSantis announces, and a Trump lawyer said The Florida governor wasn’t ready. Continued rhetoric in this vein will bitterly divide the party and jeopardize a 2024 win. Trump needs to run on his accomplishments, plan for another term, and let voters decide. Attempting to prevent any challengers with name-calling and threats only makes him look weak.

EXPOSED: Joe Biden’s Shameful Complicity With Anti-Semitism in His Party
Elon Musk Exposes the Inside Story of Twitter’s Crackdown on Hunter Biden’s Laptop
‘NOT FOR ME’: Univision’s Chevy Bolt Infomercial Spontaneously Combusts
Mortgage rates fall for the third straight week, but demand still drops further
Will Republicans Ever Stand Up to Democrats’ Government ‘Shutdown’ Scare Tactics? Probably Not.