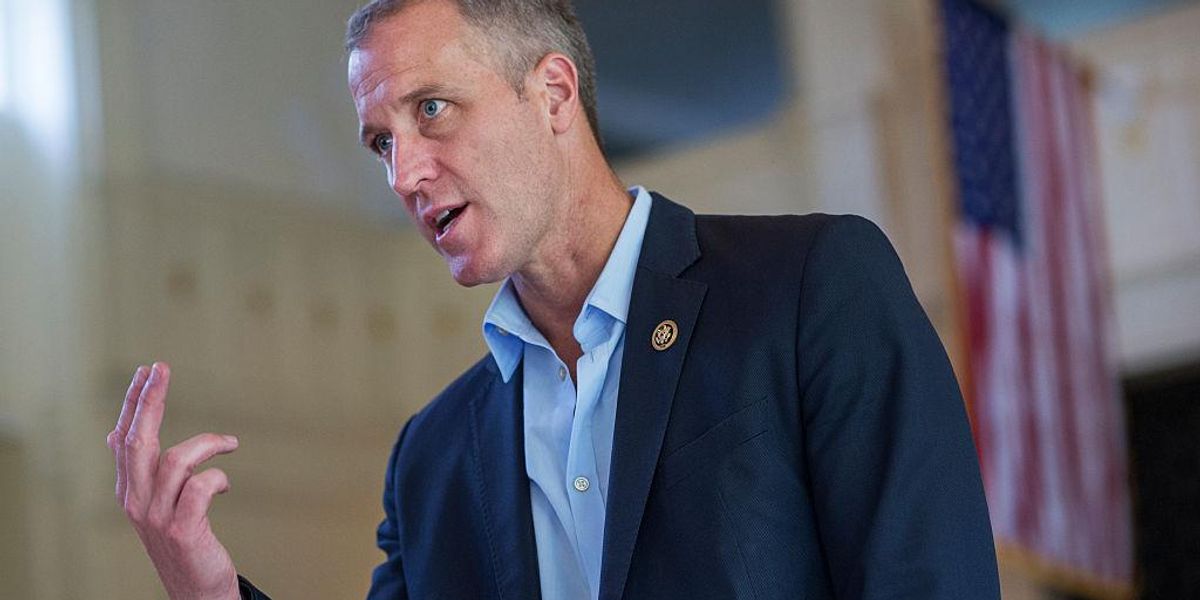 After Maloney suggested that the 33-year-old former bartender might share some blame for the Democrats’ historically poor performance in the state, Ocasio-Cortez let loose on Twitter.

Ocasio-Cortez reiterated her call for New York State Democratic Party president Jay Jacobs to resign, stating, “Last night’s NY underperformance is a testament to years of prioritizing calcified machine politics and favoring over performance, strategy, & organizing … To Win from here, Jacobs must go and we must recenter the party to better value community leadership and small-d democracy.”

In an interview with the New York Times published on Thursday, Maloney responded harshly to the congresswoman’s suggestions that the state’s “leadership is part of the problem.”

Maloney said, “The last time I ran into A.O.C., we were beating her endorsed candidate two to one in a primary, and I didn’t see her one minute of these midterms helping our House majority. So, I’m not sure what kind of advice she has, but I’m sure she’ll be generous with it.”

Anticipating Ocasio-Cortez’s forthcoming advice, Maloney made clear “she had almost nothing to do with what turned out to be an historic defense of our majority. Didn’t pay a dollar of dues. Didn’t do anything for our frontline candidates except give them money when they didn’t want it from her.”

The House Democratic campaign chairman noted that Democrats’ poor performance in New York could not only be partly attributed to Ocasio-Cortez’s failure to act but to the failure of her radical messaging.

“There are other voices who should be heard, especially when suburban voters have clearly rejected the ideas that she’s most associated with, from defunding the police on down,” said Maloney.

Although softening his critique somewhat by noting Ocasio-Cortez is “an important voice in our politics,” Maloney added that “when it comes to passing our agenda through the Congress, or standing our ground on the political battlefield, she was nowhere to be found.”

Thursday evening, she tweeted, “Let’s make something crystal clear: – SPM courted me for donations to swing races & it was the 1st thing I did this term. Over a quarter million for Dems this cycle, DCCC facilitated some & now he denies it. – If he isn’t aware of my visit to CA & efforts we put in, that’s on him.”

u201cLetu2019s make something crystal clear:n- SPM courted me for donations to swing races & it was the 1st thing I did this term. Over a quarter million for Dems this cycle, DCCC facilitated some & now he denies it.n- If he isnu2019t aware of my visit to CA & efforts we put in, thatu2019s on himu201d

In response to Maloney’s suggestion that voters had rejected the leftist ideas Ocasio-Cortez stands for, the congresswoman claimed, “Statewide victories depended HEAVILY on driving up numbers in progressive areas like mine.”

Ocasio-Cortez also blamed her allegedly misguided allocation of political funds on the Democratic Congressional Campaign Committee, writing, “For the few who didn’t want our help + got it, where do you think we got the $ info to give? DCCC!”

WelcomePAC, a committee committed to helping Democrats hold on to power, noted that Ocasio-Cortez “spent more this cycle on merchandise than the combined fundraising of 12 Democratic nominees challenging beatable GOP incumbents.”

Although admitting in a subsequent tweet that she had helped “from afar,” Ocasio-Cortez suggested that Maloney’s failure to see her helping out was just that — his failure.

The congresswoman claimed that Maloney might not have seen her helping “because he as a party leader chose not to see nor value prominent members of his party for years,” putting herself in the camp of the undervalued, unseen, and powerless.

Signaling a continued rift between “moderate dems + leaders” and radical progressives in the Democratic Party, Ocasio-Cortez told the defeated Democrat to “take some ownership.”

Hanna Trudo, a senior political correspondent at The Hill, marveled at how parts of this exchange had been “aired publicly.”

u201cI talked informally to Sean Patrick Maloney for quite a while on the night of the Congressional Correspondents’ Dinner. nnHe was very harsh towards progressives, which tracks with his latest comments in the NYT about @AOC.nnStunning to see this all being aired publicly.u201d