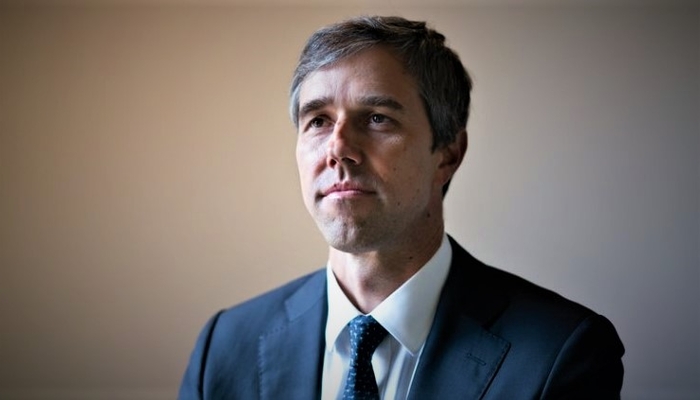 Before the “Red Wave” was downgraded to a red trickle on Election Night, the New York Times handed out some snowflake-friendly tips to its overwhelmingly liberal readership on coping with election. The silly “5 ways to soothe election stress” included the suggestion “Plunge your face into a bowl with ice water…” That certainly sounds emotionally healthy.

The ice baths turned out unnecessary for Democrats, unless they lived in Florida and Texas, where conservatives were cheered up by whopping re-election wins by the Republican governors in those states. In Texas, Republican Greg Abbott easily won re-election against the perennial also-ran Democrat (and the media’s JFK-wannabe) Beto O’Rourke. Reporter J. David Goodman seemed to commiserate with Democrats about the sad state of the party there: “Across Texas, Neither a Red Wave Nor a Blue One.”

Beto O’Rourke, the Democratic challenger to Gov. Greg Abbott, failed to attract enough new supporters to improve upon his performance in the U.S. Senate race in 2018, earning for himself a second statewide loss and renewed questions about his political future.

Check out these smears in the guise of Republicans descriptors.

The conservative sweep of statewide offices included Ken Paxton, the Trump-endorsed and criminally-indicted attorney general of the state, who was re-elected to a third term, and Dan Patrick, the hard-right lieutenant governor, who had drawn some opposition from his own party over his leadership of the State Senate, but not enough to make a difference in his re-election.

The victories appeared likely to result in a new round of conservative proposals when the Republican-dominated State Legislature meets next year….

Goodman also wrote a story looking beyond Beto, who has now lost three elections in a row.

Just a few months earlier, the Republican Party’s vaunted hold on Texas had appeared vulnerable, and Mr. O’Rourke seemed like the right choice to take it on. But he returned home to El Paso on Tuesday still the most famous Texas Democrat never to win a race outside of his hometown.

Goodman’s wording here begs the question, “deflating blow” to who? It sounds like Goodman himself:

In an election in which anger over abortion restrictions and gun violence appeared destined to drive Democratic turnout, Mr. O’Rourke’s loss came as a deflating blow.

For years, his better-than-expected run for the U.S. Senate in 2018 had given hope to Democrats of an impending breakthrough in Texas….

All hail Beto, he sacrificed himself so others could win!

And the Democratic Party did not come out of the election empty-handed. Early on, some had seen Mr. O’Rourke’s candidacy as a kind of sacrificial effort: He might lose, but he could attract Democrats to the polls and help others win. He did not generate the expected turnout, but some Democrats with tough races — including congressional incumbents in South Texas — did come away with wins.

But the Times’ usual labeling slant kicked in in its online election updates, pitting Democrat “Charlie Crist, who has cast himself as a centrist Democrat” against Gov. Ron DeSantis, “a hard-right conservative.”