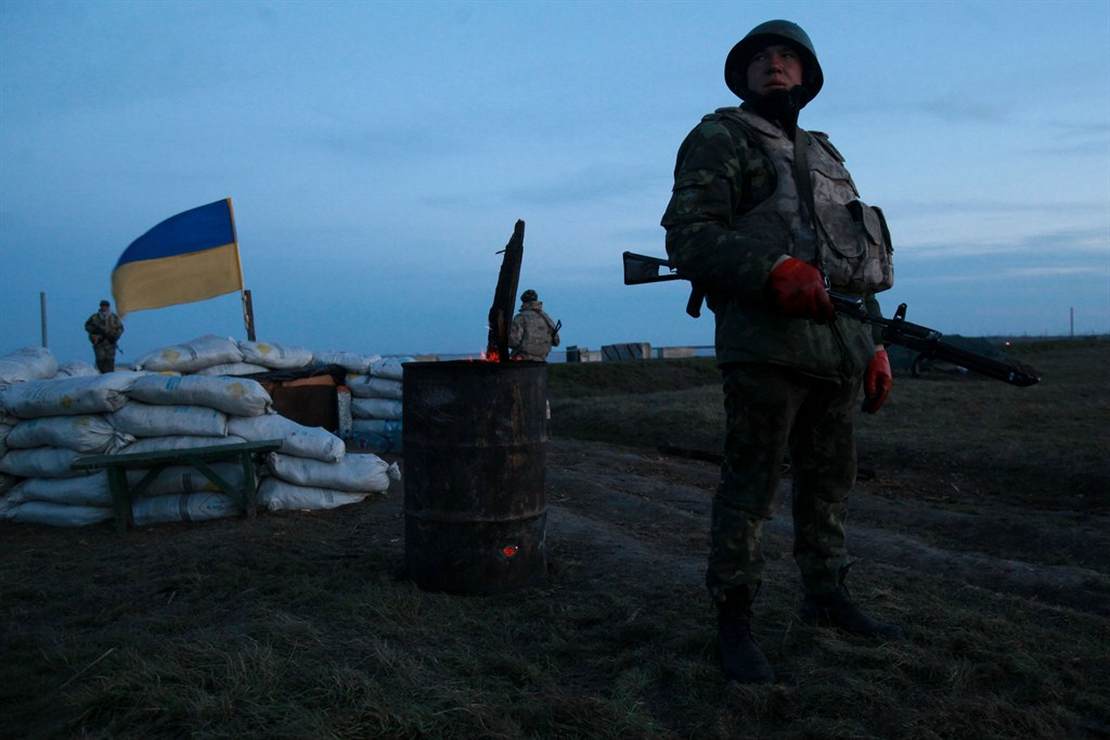 Another major setback for Russian arms is unfolding on the banks of the Dnipro River as the city of Kherson is being hastily evacuated in the face of rapid Ukrainian advances.

Russian forces are retreating across the river to the eastern bank along with thousands of Ukrainian civilians. The civilians are being driven further inland where the Russian military is in a stronger position. Some civilians are reportedly being sent to Crimea as well.

The Ukrainian military had a series of successes as it advanced on Kherson, capturing town after town from the retreating Russians.

Ukrainian forces launched an offensive at the end of August aiming to press Russian forces up against the Dnipro as long-range artillery provided by the U.S. hammered supply lines across the river as well as ammunition and fuel depots and command posts.

The advance has been slow and costly against elite troops that were well dug in. But last month, Russia’s top military commander for Ukraine, Gen. Sergei Surovikin, acknowledged the success of that strategy, saying “difficult decisions” would have to be taken, without elaborating.

Mr. Shoigu, the Russian defense minister, said the decision to withdraw was taken with the health and lives of Russian military personnel in mind. He ordered Gen. Surovikin to ensure the safe transfer of personnel, weapons and equipment across the Dnipro.

No word on casualties for either side but it must have been a bloody affair. Russia was well dug in and prepared to force Ukraine to pay a heavy price for Kherson.

But the retreat from the west bank of the Dnipro River has become a strategic setback for Moscow of the first magnitude.

With control of the Dnipro’s west bank, military experts said, Ukrainian forces would have a springboard from which to seize a bridgehead on the east side for an advance on Crimea.

Crimea is home to Russia’s Black Sea fleet and Kyiv has made the peninsula’s recovery its sworn goal.

Were Kherson to fall in the counteroffensive, the experts added, it would also be a political humiliation for Putin, as Kherson is one of four partially occupied regions of Ukraine that he announced would be part of Russia “forever” with great fanfare September 30.

“It would be a massive blow, primarily politically,” Philip Ingram, a retired senior British military intelligence officer told Reuters. “And it would cost him [Putin] militarily. If the Ukrainians were able to get a bridgehead on the east side of the Dnipro, that would be even worse for the Russians.”

The Ukrainian army “will be able to hammer the Russians defending the approaches to Crimea,” retired U.S. General Ben Hodges told Reuters.

Crimea is holy ground for the Russians — the one part of the old Soviet empire that they absolutely have to hang on to. It’s not just the Black Sea Fleet at Sevastopol that the Russians need. Crimea is a symbol of empire to Putin and if it comes under threat of being taken by Ukraine, talk of using tactical nuclear weapons would be revived.

Ukraine will have problems going forward. Russia has long-range artillery that could make any advance from Kherson very costly. But clearing Russian forces out of a key sector in Ukraine will give the Ukrainians more options going forward if they plan to stay on the offensive.