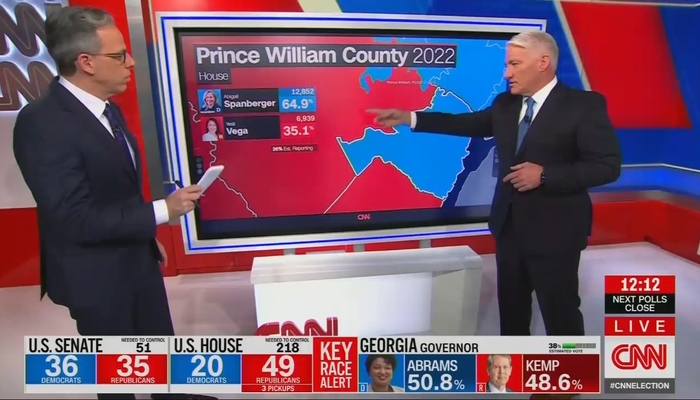 The historical averages suggested a “red wave” of some size in the 2022 midterms. But the media’s Election Night routine was slightly blander when there was no obvious tilt toward Republicans, but instead a tilt toward all incumbents. We had no cries of “whitelash” or talk of voters throwing two-year-old temper tantrums. CNN sounded like “straight news” for a few hours.

The red wave was pretty much left to Florida, where Ron DeSantis and Marco Rubio cruised to victory in the first hours of the returns, and then there were no shocking “throw the bums out” results. Control of the House and the Senate remained uncertain all night long.

NewsBusters Managing Editor Curtis Houck and MRC Latino Executive Director Jorge Bonilla join the show to review results in Florida, Pennsylvania, and several other races. What will happen in Georgia now with another runoff? Will Trump end up hurting Herschel Walker’s chances? Will the liberal networks keep looking for anonymous women who say Walker paid for an abortion? It would be a shock to see them actually spend some time investigating the housing problems at Raphael Warnock’s church, which conservative sites like the Washington Free Beacon did.