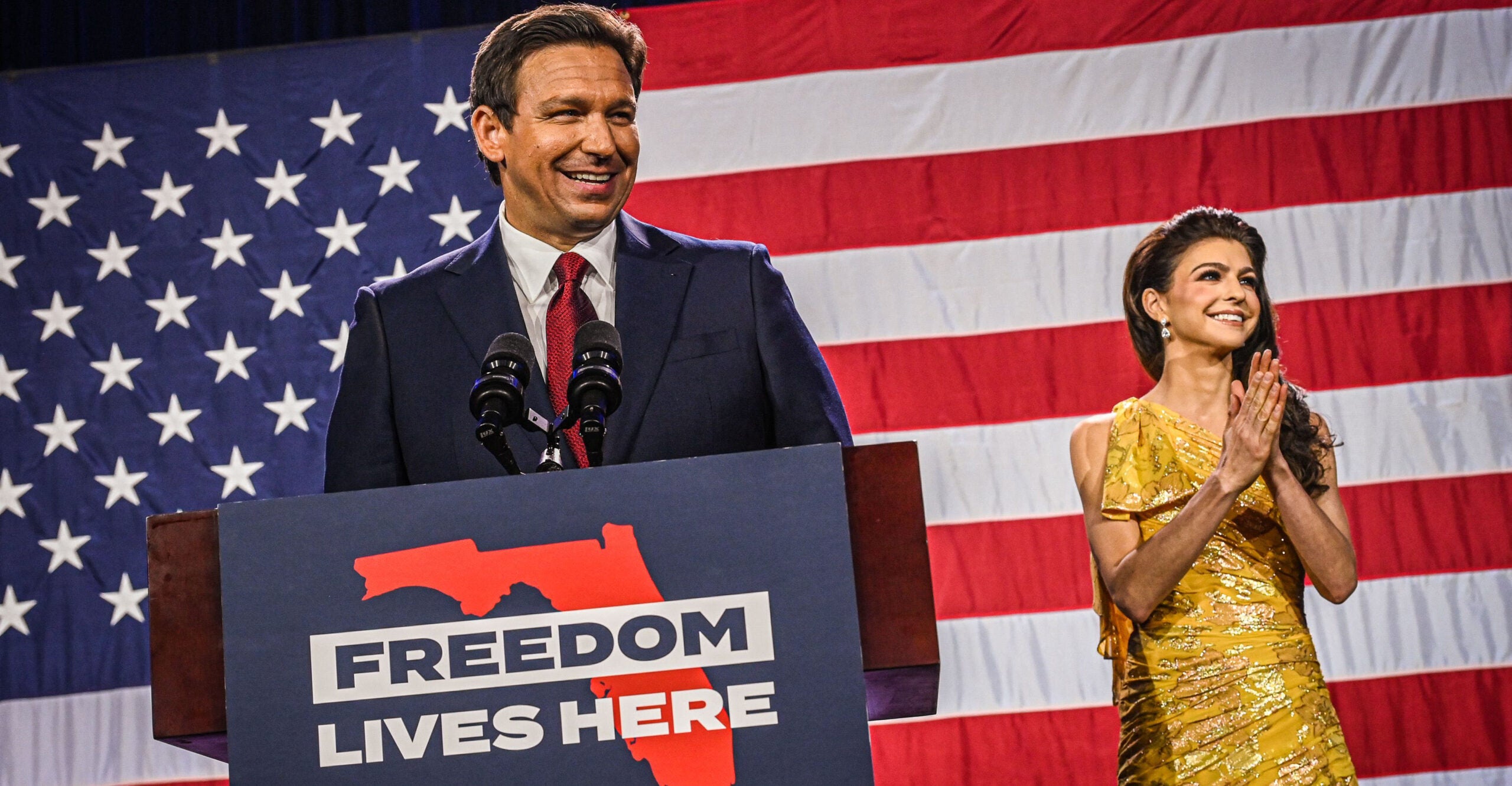 It was a difficult Tuesday night for Republicans. Despite so many factors pointing to a massive red tsunami likely to sweep Democrats out of power in the midterm elections, it was a small wave that gently lapped on GOP shores.

But does a muted wave mean it’s time for the right to tap out?

It’s still “early,” as sad as it is to say that, a day after the elections. Some states still haven’t fully tallied their votes, and some races remain undecided. In Maricopa County, Arizona, fior example, some voting machines had a total meltdown on Election Day, and now we have to wait longer for results.

If you want to talk about problems with democracy, the messiness of vote counting in some states—even without outright malfeasance—is an embarrassment and undermines the entire election process.

You know where that isn’t a problem? Florida.

That’s an impressive turnaround for a state that at one time was the poster child of electoral dysfunction, most notably the 2000 presidential vote there. It was a long-term process to right itself, but one greatly hastened by the man currently residing the governor’s mansion, Gov. Ron DeSantis.

That’s really one of the biggest “lessons” from this week’s midterms. Democrats are undoubtedly happy that—despite their unpopularity on so many issues, despite the inflation and economic concerns, and despite their outright cultural extremism—they didn’t get wiped out electorally.

Don’t be surprised if Democrats take this to mean it’s time to double down on the extremism.

The problem for them is that the country is hardly enamored with their party outside of deep blue bastions, where they will literally vote for dead people over Republicans.

That dislike for Democrats is why there is so much head scratching about the red wave that never materialized.

It wasn’t just about the economy, after all. When this election ends, Congress will be near equally divided. That may be enough to stop President Joe Biden and Democrats from doing their worst, but is that good enough? No.

We need structural, transformational changes to set us on a better path, and we need statesmanship to guide us through that. The Left’s institutional dominance means they can probably afford to wait out the clock more than the right can.

That brings us back to Florida.

Amid the muted Republican victories, close calls, and disappointments, the Sunshine State shone brightly. Not only did DeSantis win an enormous landslide, but the whole state swung right.

That was despite Florida being purple until quite recently. In 2018, DeSantis edged out his Democrat opponent by the slimmest of margins—0.4% or 32,463 votes out of about 8.12 million votes cast.

On Tuesday, DeSantis won by more than a million votes and took Miami-Dade and Palm Beach counties, which were deep blue, even as recently as 2020.

That’s not just a big win, that’s a realignment.

Right-leaning voters moving to Florida certainly bolstered the state’s red wave. But it seems that even many long-term residents shifted red, too. Miami-Dade Country hasn’t voted Republican in two decades. It was, until this year, a blue bastion. But this primarily Latino area went to DeSantis by 10 points.

So, what’s the secret to the governor’s success?

After Tuesday, many may say that it’s time for Republicans to be more moderate, to abandon “culture war” issues, and maybe even acknowledge an insurmountable liberal cultural dominance that makes it difficult for Republicans to win even in the best of circumstances.

That would be a mistake. The culture war, in many cases, is the big tent.

Those are bold colors, not pale pastels. Importantly, DeSantis’ leadership hasn’t just been rhetorical, and that’s key. He’s delivering where it matters most—including in the years when he isn’t running for election.

DeSantis not only ran on support for school choice in 2018, he doubled down on it. Importantly, he didn’t just sit on his hands and take that as an ultimate victory. He fought left-wing indoctrination and radical social engineering in public schools, too, and even went on the offensive to include instruction about the evils of communism in curriculum.

Lo and behold, all of the DeSantis-endorsed school board candidates won their elections.

And perhaps the most prominent example of his intelligent leadership is how he charted his own course during the COVID-19 pandemic. DeSantis rejected the most extreme demands of the “scientific-technological elite,” as he calls it, and plotted a course for the state that protected the most vulnerable while avoiding lockdowns and mandates in general.

That was despite constant attacks from the media and hysterics about him being “DeathSantis.” It turns out that DeSantis embraced freedom and living, so now the state is thriving, when many others are not.

He did this by demonstrating command of his office and competence. He fought the wokes and navigated the challenges of a catastrophic hurricane. Voters of many stripes responded to that in a big and positive way.

The question will be, does the Florida success scale up to the rest of the country?

Florida may have some unique qualities. It has certainly benefited from people voting with their feet, escaping left-wing governance by moving there from other states. But many other voters—including former Democrats—have simply been convinced by DeSantis’ message. He did that by carefully picking his fights and never backing down from the Left when it mattered.

That’s worked—spectacularly so. Until a few years ago, Florida was just one among many purple states. Now it’s bright red. That didn’t happen by accident.

DeSantis has demonstrated the model for victory in this uncertain, polarized country. Principled conservative populism isn’t an oxymoron. A healthy dose of leadership with an eye toward long-term structural changes over temporary policy successes can turn a marginal victory into an eventual landslide.

You win with competence and vision.

Hopefully, more will study the DeSantis model and replicate it elsewhere. One man with courage may not quite be a majority, but he can build one.

As Noah Departs, CBS Mourns Decline in Late Night Viewership
As I Mark 80 Years of Age…
The Supreme Court Is Considering 2 College Admissions Cases. Here’s What You Need to Know.
Thug allegedly tosses Molotov cocktail at cops — who tackle suspect, use baton strikes and ‘pain-compliance techniques’ when he resists arrest
Griner Swap is Another U.S. Embarrassment