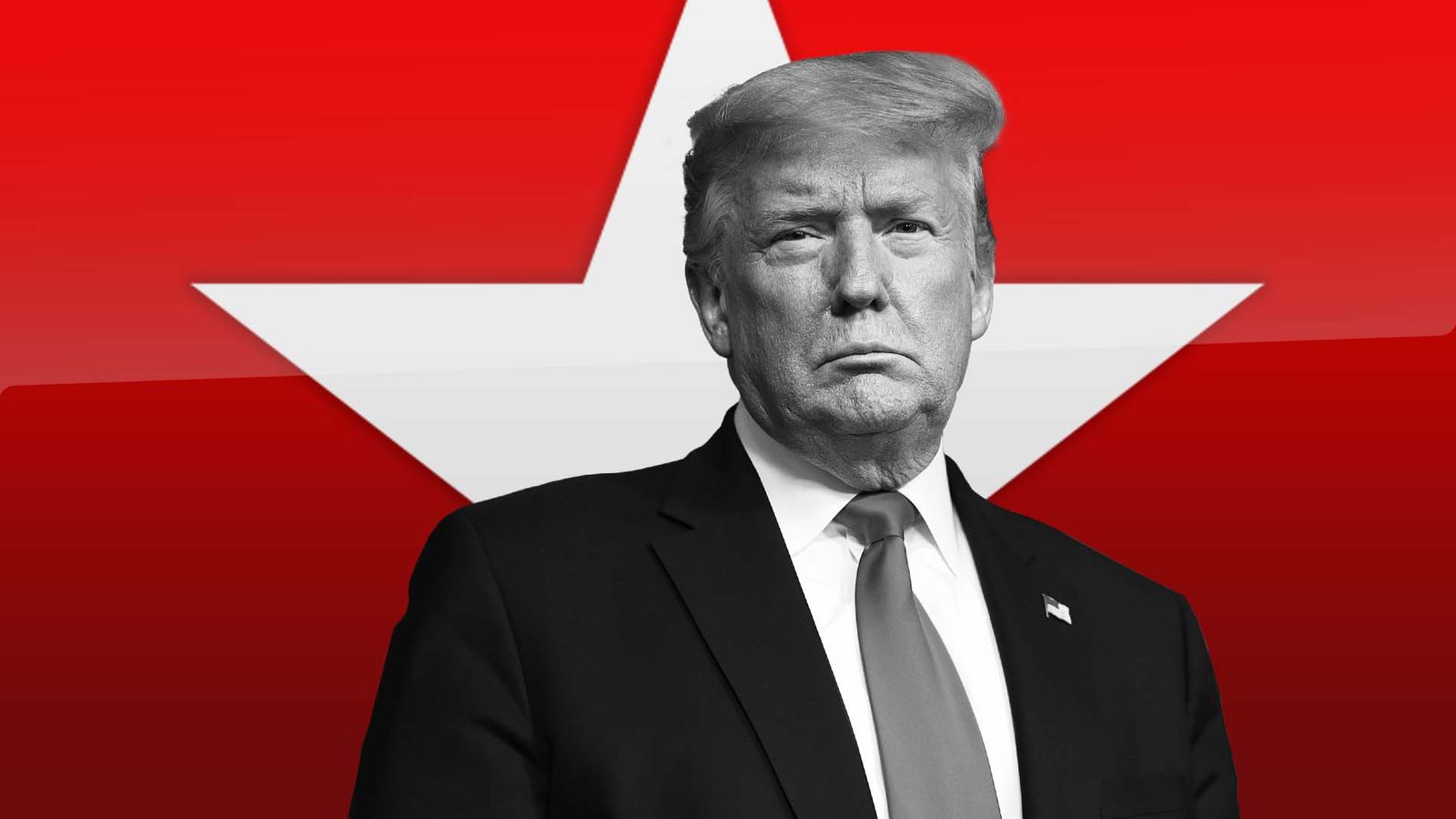 The expected surge of support towards Donald Trump’s Republican Party has yet to materialise with many votes still uncounted.

His party had anticipated taking majority control of Congress, making it difficult for President Joe Biden to govern, but the election lies in the balance.

The Republicans should make the required five gains to seize majority control of the House of Representatives, but Democrat fears of a wipe out have been averted.

Pre-election polling, pointing to 30 to 35 seats changing hands, led some commentators to contemplate the possibility of a “wave” election with the Democrats losing upwards of 40 seats. The average over the past century is a loss of 28 seats for the president’s party at the midterm and the Democrats may well avoid even that outcome.

The Republican vote is up compared with the presidential election two years ago, but the swing since then is a modest two or three percent, which will limit the party’s ability to flip seats in Democrat-dominated states like New York and California.

NBC’s initial seat projection puts the Republicans on 219 House seats, with a margin of plus or minus 13 seats. This points toward a typical midterm election. Concerns that Mr Biden’s woeful personal approval rating, the worst of any modern president, would drag down his party appear unfounded.

The battle for the Senate, currently split 50-50, is likely to continue for some time to come. The Republicans needed a solitary gain to take control, entirely feasible if there was a large swing of voters to their cause. New Hampshire was thought to be a Senate seat that might tip the balance, but Democrat incumbent, Maggie Hassan, is projected to remain in post.

In Georgia, where the race for the Senate in 2020 was the last to be decided, there is another tight finish in prospect. Incumbent Democrat, Raphael Warnock and Republican competitor, Herschel Walker, are neck and neck, but crucially, neither will win 50% of the vote, meaning a runoff election is a real prospect.

Read more:
Three possible scenarios as Americans vote – not just for the US, but for the world
Joe Biden’s career hangs in the balance – while Donald Trump is all smiles and signature clenched fists
US midterm results live – see the latest results

That brings three other Senate seats critical to whether the Republicans succeed or fail in their bid to control both houses of Congress.

In Arizona, Republicans were hopeful of deposing Democrat incumbent, Mark Kelly, but the vote count currently shows him with a sizeable lead. The remaining two Senate seats, Nevada and Pennsylvania, might flip in opposite directions, meaning no effect on Senate control.

With nine in 10 votes counted in Republican-held Pennsylvania the Democrat challenger, John Fetterman holds a very narrow lead but is projected to gain the seat. That raises the bar for the Republicans, meaning rather than a single gain, two gains are now required.

This makes Nevada especially important for Republican aspirations. Catherine Cortez-Masto became the state’s first woman elected as Senator in 2016. She defends a small majority of under thirty thousand votes and is vulnerable to a small swing toward her Republican opponent, Adam Laxalt. Should he succeed, then the race in Georgia takes on huge significance.

Whatever the outcome in the Senate, the overall impression is a Republican victory that falls far short of a triumph. Donald Trump may still declare his intention to run for the presidency in 2024, but the Democrats will regard this performance as almost a victory given their White House incumbent’s struggle in connecting with voters.