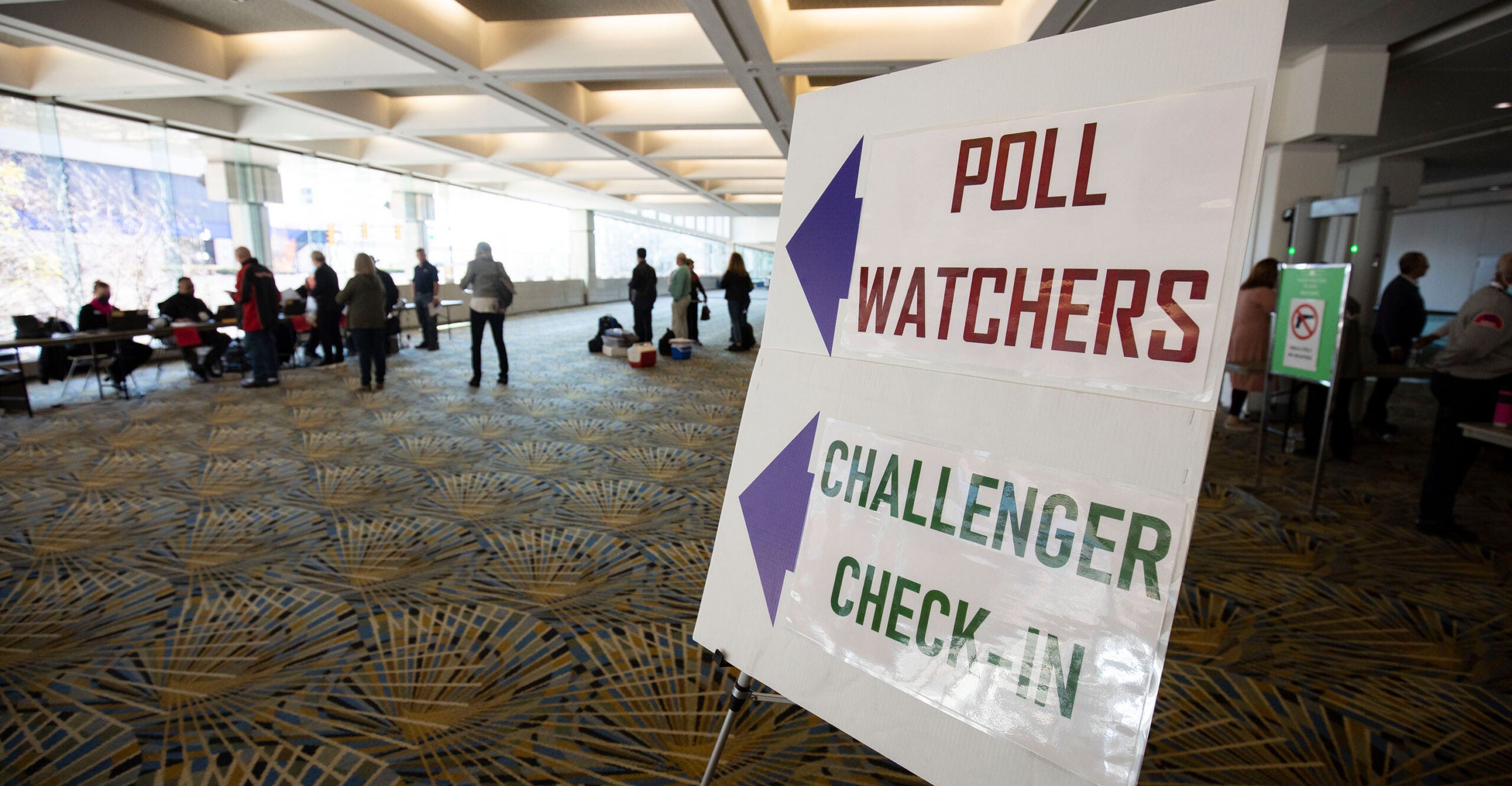 Why are some self-proclaimed “champions of democracy” calling for less transparency in elections, rather than more?

The hundreds of thousands of law-abiding poll observers nationwide who volunteer to monitor elections safeguard one essential component of democracy; namely, transparent elections.

Poll observers are the true champions of democracy.

In the past few years, election officials have attempted to limit the ability of poll observers to monitor and oversee elections—at least in many areas with a history of election administration mistakes, controversies, and problems.

Michigan Secretary of State Jocelyn Benson recently issued guidance that would limit the rights and duties of partisan election challengers (Michigan’s name for poll watchers). Because this guidance significantly departed from the secretary’s prior formal rules and disproportionately affected one party’s observers, conservative groups challenged the guidance for how it violated Michigan law and the state’s Administrative Procedures Act.

A state court struck down Benson’s guidance and barred election officials from implementing it, but Benson appealed and the lower court’s decision was stayed.

These types of proposals reveal an emerging trend of partisan officials trying to limit poll observer access in the election process, which threatens the goal of open and honest elections.

The North Carolina State Board of Elections recently promulgated new rules to restrict poll observers under the guise of limiting “disruption” and “promoting safety” in polling locations.

As the John Locke Foundation made clear, these new rules would undermine election transparency by placing “an onerous burden on observers seeking to do their jobs and on the ability of the political parties to recruit observers.”

While the North Carolina Rules Review Commission blocked the election board’s rule changes, the board still issued written guidance this election to significantly limit access for partisan observers. Part of this guidance was successfully challenged by conservative groups for how it wrongly usurped transparency in North Carolina elections.

In Nevada, conservative groups recently brought a successful challenge to ensure balanced partisanship in election workers against the state’s refusal to disclose public records concerning the political affiliation of its poll workers.

And many states have fought the efforts of a transparency organization, the Voter Reference Foundation, to post publicly available information from voting records online for anyone to view.

Poll observers have been a vital component of American elections for decades. The presence of observers from the public and representing all political parties ensures the process is run according to the methods prescribed by statute. They help identify potential issues before voters are disenfranchised.

They also protect the electoral process from bad actors who seek to influence the outcome of elections. And they provide the public with confidence that the election was conducted fairly.

Since the 2020 presidential election, left-wing activists have pushed unfounded and hysterical allegations that violence and chaos will ensue if conservative poll observers are allowed to monitor elections alongside observers from the left.

These exaggerated claims have been used to justify efforts by liberal officials to restrict access for conservative poll observers.

After back-to-back presidential elections marred by controversy, it’s unrealistic to expect either side to accept election results when it seems like election officials have something to hide.

Even when Americans trust that their elections are properly administered, they should still be able to verify proper administration through observation at every point of the election process.

Without the constant eye of observers from a variety of parties in the process, many voters will doubt the integrity of the results.

Banning or limiting one party’s observers only enables dangerous accusations that undermine voter confidence to ring even louder.

It also demonizes the necessary and important work of hundreds of thousands of honest and hardworking citizens who volunteer faithfully each election cycle to promote transparency in our elections.

Every voter should want open and transparent elections. The solution to restore voter confidence is more transparency, not less.