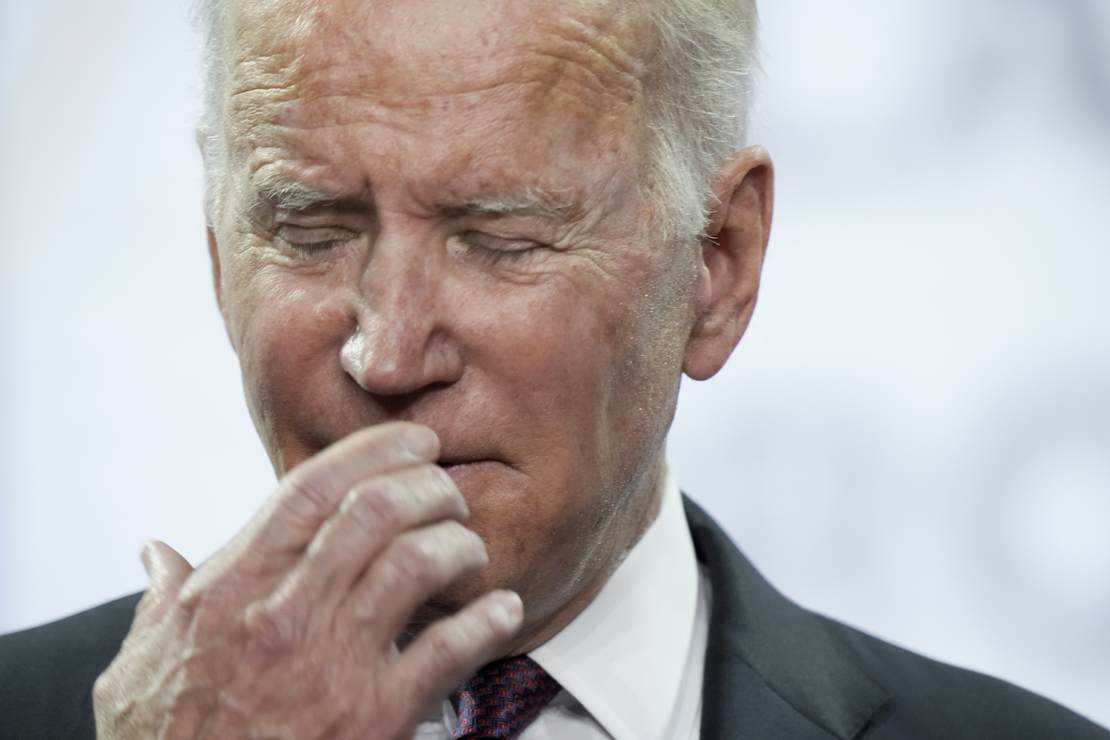 Old Joe Biden has been a liar far longer than he has been pretending to be president of the United States. His lying even predates the beginning of his endless and shameful political career. On Dec. 1, 1965, the faculty of the Syracuse College of Law published a damning report about Young Joe, stating that Biden “used five pages from a published law review article without quotation or attribution” and recommended that he fail a legal methods course because of his plagiarism. A lifetime of lying began there and continues to this day, but nearly fifty-seven years later, on Monday, Nov. 7, 2022, Biden racked up another milestone achievement: he actually said something that was true.

Speaking at a DNC event in Maryland, Biden said: “Our lifetimes are going to be shaped by what happens the next year to three years. It’s going to shape what the next couple of decades look like. For real.”

Wow. That’s actually true, Joe. It’s true to the extent that it’s amazing that those words came from his mouth, but Biden only stumbled upon a fact here because everyone on both sides of our yawning political chasm agrees that the 2022 and 2024 elections will be crucial for the life and direction of the nation. The Left’s galloping authoritarianism and increasingly open contempt for the freedom of speech are genuine threats to our continued existence as a free society, and its hysterical rhetorical strategy has made the claim that “MAGA Republicans” are a threat to “our democracy” a commonplace feature of the Democrat attack plan.

His dalliance with the truth went unnoticed at the time, but Biden said much the same thing back in September: “The next four to five to six years is going to determine what this country looks like for the next 30 to 35 years. And I don’t think that’s hyperbole. I think that’s literally — literally true.” Taking flight into full-on pseudo-intellectualism, Biden offered a mangled quote from William Butler Yeats’ “Easter, 1916“: “All has changed, changed utterly. A terrible beauty has been born.” (To be sure, Biden was close, but his changes to Yeats’ poem drained it of all its poetic wallop. Yeats wrote more compactly: “All changed, changed utterly: A terrible beauty is born.”)

Apparently, Old Joe meant that the “terrible beauty” was the Left’s utopian vision of open borders, gender madness, Disinformation Governance Boards, climate change fantasies, and the like: terrible indeed, but beauty? No.

“The world is changing,” Biden continued sagely. “And we can either shape it or we can be shaped by it.” Indeed. Nothing is certain except change, and America is indeed at a crossroads. Will it continue down the path of self-delusion and dissolution, making itself increasingly vulnerable to rapacious and relentless enemies by forsaking all concern for self-defense and national integrity? Will it continue to oversee the destruction of untold numbers of lives, not only by abortion but also by the gender confusion and sexualization of children that only a few years ago would have been considered a shockingly immoral interference in childhood innocence? Will it continue to pretend that the balloon never lands and the money never runs out and that the government can always just print more with no consequences for the present or the future?

I never thought I would say it, but I agree with Joe Biden. The next four to five to six years are indeed going to determine what this country looks like for the next 30 to 35 years. What I disagree with him on is that his handlers’ agenda will have no negative consequences for the nation or the world. While Old Joe, after he stops playing president, whenever that might be, can live out the rest of his slide into dementia from the safe confines of his walled Delaware beach house, the rest of us will have to live in the world he has made, and he has made it dirtier, uglier, and more vulnerable and unsafe than it was when he started his presidential charade.

Old Joe Biden has now told the truth once: a great deal is at stake in Tuesday’s election, as well as in the one coming up in two years. One of the chief contested issues is whether the nation will continue to be ruled by lies and liars, of which Biden is among the foremost, or whether we will return as a nation to sanity and truth. If that happened, it would be the end of Old Joe’s political career. Finally.