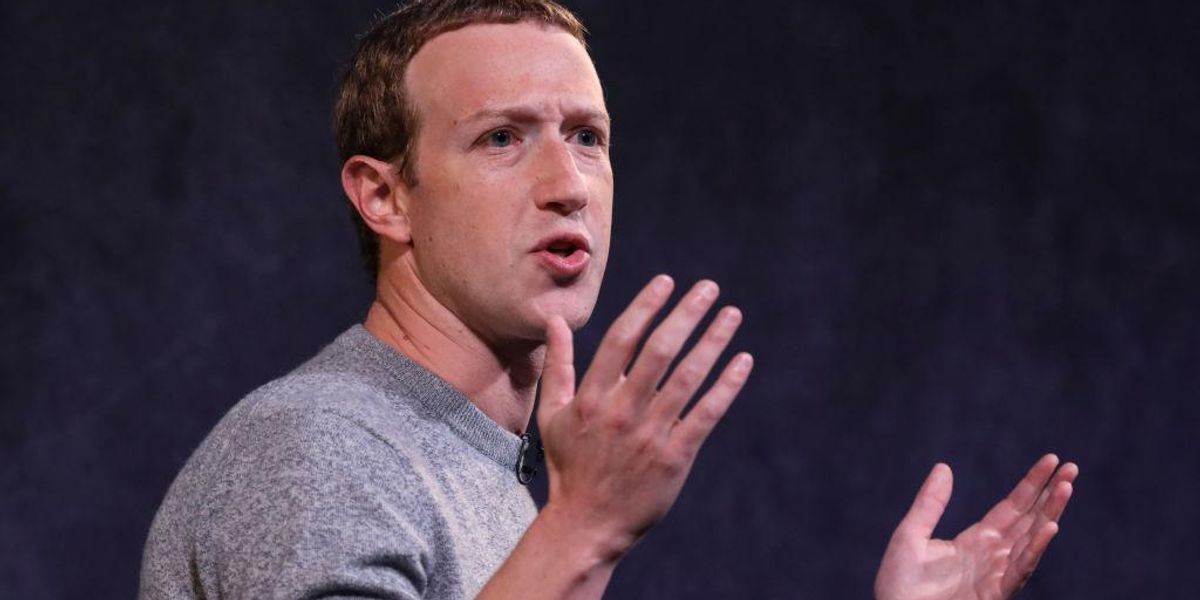 After years of deplatforming users who held the wrong opinions, thousands of Facebook employees are now similarly facing the prospect of exile. According a Sunday report in the Wall Street Journal, Facebook parent company Meta Platforms Inc. will begin large-scale layoffs this week — the first of their kind in the company’s 18-year history.

As of September, the company had over 87,000 employees. Thousands will be shaved off that number as soon as Wednesday.

Zuckerberg’s ambition comes at the expense of his people

Facebook’s market value peaked at over $1.1 trillion in September 2021, one month ahead of its name change to Meta Platforms and its hard pivot to focusing on the “metaverse.”

CBS reported that by late October, the renamed company’s market value had dropped nearly $700 billion to $268 billion. Its third-quarter costs had risen 19% since the same time last year to $22 billion. Meta stock is down approximately 73% this year.

The Economist indicated last month that Meta’s forecasts for profits in 2023 had dropped by nearly 50%.

TechCrunch reported that Zuckerberg defended costly and unpopular products like Horizon Worlds, saying, “A lot of people might disagree with this investment … I think it would be a mistake for us to not focus on any of these areas, which I think are going to be fundamentally important to the future.”

Only 300,000 people had used Horizon Worlds in February. The number of users declined further in subsequent months.

Zuckerberg stated, “In 2023, we’re going to focus our investments on a small number of high-priority growth areas,” including ad monetization, the AI discovery engine behind the recommendations on Facebook and Instagram, and business messaging platforms.

“So that means some teams will grow meaningfully, but most other teams will stay flat or shrink over the next year,” Zuckerberg added.

Fox Business reported that Brad Gerstner, the CEO of Altimeter and a Meta Platforms investor, sent an open letter ahead of the earnings call, recommending that Zuckerberg and Meta’s board of directors cut back on expenditures and employees.

Gerstner wrote, “Like many other companies in a zero rate world — Meta has drifted into the land of excess — too many people, too many ideas, too little urgency. This lack of focus and fitness is obscured when growth is easy but deadly when growth slows and technology changes.”

By cutting 20% of employee expenses, Gerstner hopes the company can get its head-count expenses down to mid-2021 levels. Gerstner believes that his recommended changes would improve Meta’s stock price (NASDAQ: META) and make the company less bloated and more competitive.

The company’s share price dropped by nearly thirty dollars the day after the call.

Back to the real world

Zuckerberg warned in July that in the face of of the company’s first-ever decline in revenue, the company would likely have “to get more done with fewer resources.”

In September, Meta announced a hiring freeze and intimated that downsizing may be forthcoming.

Apple and Amazon have since followed suit and announced hiring freezes.

Zuckerberg said at the time, “I had hoped the economy would have more clearly stabilized by now, but from what we’re seeing it doesn’t yet seem like it has, so we want to plan somewhat conservatively.”

Steak knives and Cadillacs weren’t on offer for underperformers. The Meta CEO indicated that those “who aren’t succeeding” would be “manage[d] out.”

According to the Wall Street Journal, Meta employees have been instructed to cancel nonessential travel.

It is presently unclear precisely how many of the roughly 87,000 Meta employees’ next trip will be out of the company. To return to 2021 numbers, thousands will need to be ejected.

u201cMore tech layoffs: #Facebook parent #Meta is preparing to notify employees of large-scale layoffs this week: Social-media comps planned cuts expected to affect many thousands of its workforce. Workforce has risen from 3,200 employees in 2011 to 87,314 tdy. https://t.co/WOsuLFp4k9u201d

Royals’ blighted US trip to end with Biden meeting and Eilish at prizegiving
Why did Kanye REALLY storm out of BIZARRE Tim Pool interview?
What I Learned in My Time With Chairman Bernanke
Thanksgiving Reflection: ‘We’re Thankful For Our Abortions’
As I Mark 80 Years of Age…