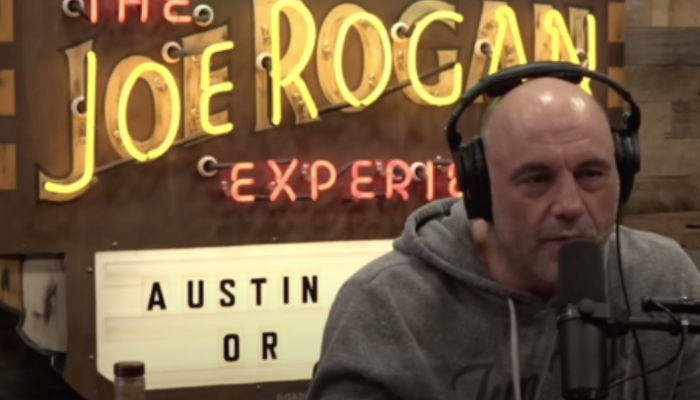 Podcaster Joe Rogan mocked liberals who left Twitter when Elon Musk made it clear that censorship would no longer run unchecked on the platform.

“Elon Musk fired folks at Twitter, so I’m firing Elon, as I said I would,” Dean tweeted. “Hope to see you all on another platform.” Rogan discussed left’s meltdown with actress Suzanne Santo on his Friday show. Santo said she is bewildered by the panic.

“[W[hat I cannot understand is people being, like, I’m leaving Twitter because, without censorship, this will be the death of democracy,” Santo said. “Are you f***ing serious? Like, how dumb?”

Rogan said that he feels leftists made the announcement to please the mob.

He also said that Musk “put his money where his mouth is” and added that he has already seen improvements on the platform.

Earlier in the episode, Rogan and Santo discussed Twitter’s recent decision to fact-check President Biden’s tweets just like everyone else’s.

“Have you been paying attention to Twitter, how Twitter’s now fact-checking all Biden statements?” Rogan said. “Every time Biden says something and posts it on Twitter, Twitter’s, like, nope, actually, that’s not true. Like this is, this is inaccurate.”

“But they’re doing it for everybody too—it’s not just him. Which is fair,” Santo added.

“Which is what it should be,” Rogan concurred.

Rogan’s content was censored many times on Twitter before Musk bought the company, perhaps most notably when he discussed gun rights in America.

In June, NewsBusters reported that a tweet including a video of Rogan defending the Second Amendment was censored without explanation.

In that particular episode, Rogan warned that surrendering firearms would allow tyranny to run rampant in America:

“I don’t think it’s wise to take the guns away from the people and leave all the power to the government. We see how they are even with an armed populace. They still have a tendency towards totalitarianism, and the more increased power and control you have over people, the easier it is for them to do what they do, and there’s a natural inclination when you are a person in power to try to hold more power and acquire more power, and it’s never–there’s never an inclination to give more power back to the people, to give more freedoms back to the people.”

Conservatives are under attack. Contact Twitter at 415-222-9670 and demand that Big Tech mirror the First Amendment while providing transparency and equal footing for conservatives. If you have been censored, contact us using CensorTrack’s contact form, and help us hold Big Tech accountable.

James Woods to Sue DNC for Ordering Twitter to Censor
Readers Share Creative Solutions for Chains, Stains, Sprains and More
The Fringe With Megan Fox, Episode 110: Shocking New Details of Government Incompetence in Ohio Rape Case
How electric air taxis could shake up the airline industry in the next decade
Elon Musk Should Tell EU Censors to Bugger Off