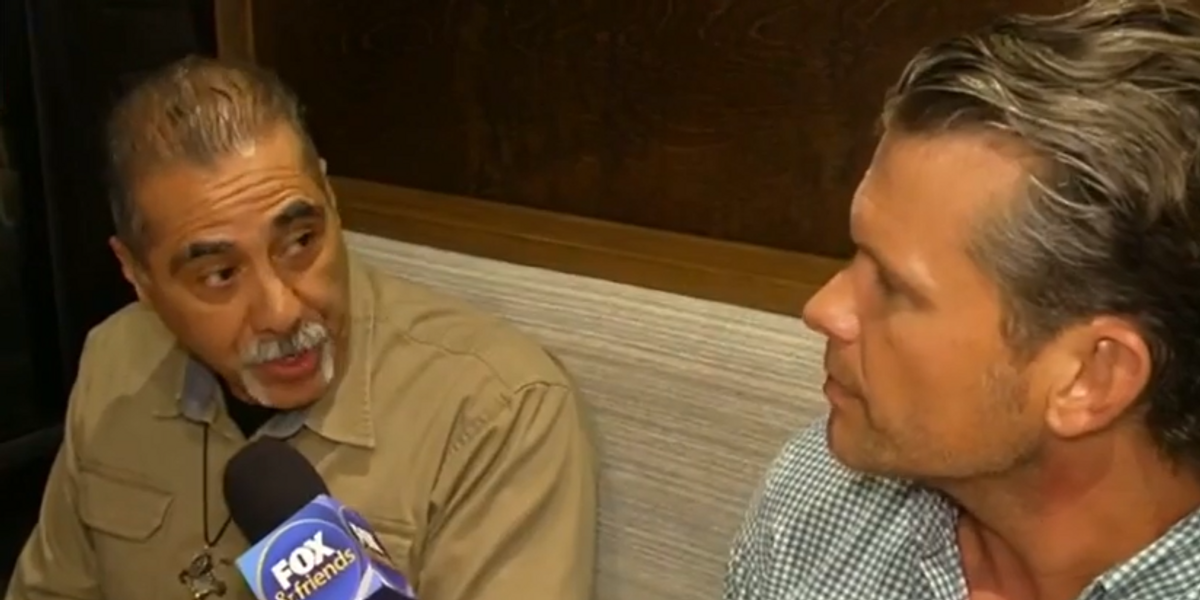 The gubernatorial race in Arizona is heating up, with only days until the 2022 election. Republican candidate Kari Lake is barely leading her Democratic challenger Katie Hobbs. RealClear Politics shows Lake up by just 1.8%. A FiveThirtyEight poll finds Lake leading Hobbs by 2.5%.

“Fox & Friends Weekend” co-host Pete Hegseth spoke with voters at a restaurant in Gilbert, Arizona. He asked Arizona voters what their top voting issues are heading into the election.

A woman named “Mable” said the “border is out of control.” She claimed that migrants have shown up at her front door asking for food and water. She stressed that she is not against immigrants, but they must come legally.

Hegseth talked with a mother and father who have seven children. The parents’ main concern was inflation. The father said that he is a small business owner and the weak economy has presented a “whole set of challenges.” he expressed, “Everything is more expensive.”

Romero said he is a former police officer and has two sons who are also cops. He said that he doesn’t know a single police officer that is “going for the Democrats with this whole defund the police nonsense.”

Romero then explained why Latinos are increasingly supporting Republicans.

Romero then explained why Catholic worshippers can’t vote for Democrats.

“On the Catholic vote, the church has given us a criteria of five things called the five non-negotiables,” he noted.

The five non-negotiables of Catholic apologetics are:

Romero declared, “You cannot be a Catholic and a Democrat.”

u201c”You cannot be a Catholic and a Democrat.” u2014 Jesse Romero on @FoxNews this morningu201d

Top Democratic leadership – President Joe Biden and House Speaker Nancy Pelosi – have been heavily questioned on how they can be Catholic Christians when they are fervently pro-abortion.

Pelosi has been barred from Holy Communion at a church in San Francisco. A priest denied Holy Communion to President Biden because of his pro-abortion position.