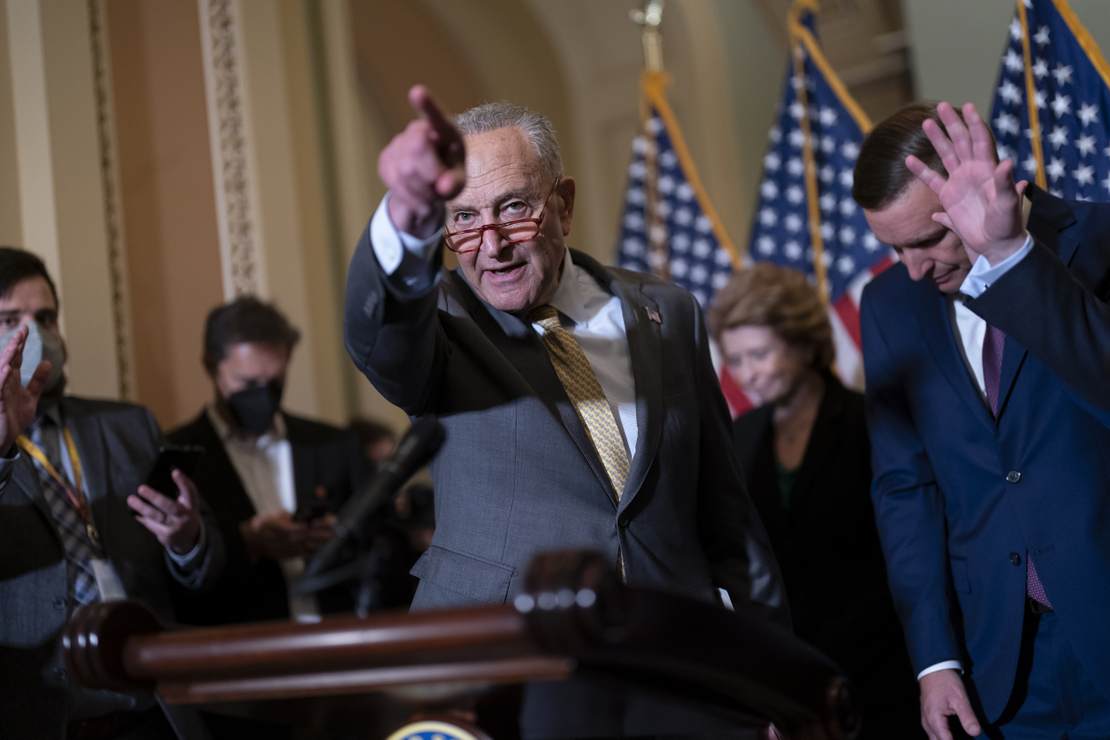 The 2022 midterm elections are just days away, and Republicans are not only likely to take back control of the House, but recent momentum makes it look like the GOP could win the Senate as well. There are a number of races previously thought to be safe for Democrats that have suddenly become toss-ups. Republicans could have a good night on Tuesday or a great night, depending on how some of these races turn out.

This year, the Senate map favored the Democrats, and they may still find themselves in the majority after Tuesday. But the map looks very bad for them in 2024, and Republicans will be well-primed to make even bigger gains in the upper chamber.

According to a report from Politico, the Democrats’ Senate prospects in 2024 don’t look good at all. For starters, they have to defend 23 seats, compared to only 10 for the Republican Party. Many of these seats are in red and battleground states. “[At] least eight members of Chuck Schumer’s caucus are agonizing over whether to run again, and a couple hail from states that may be lost to the GOP if the incumbent bows out,” says Politico.

“Several senators are waiting to see how the midterms shake out in a month before making any moves, according to interviews and statements from 22 of the 23 sitting Democrats up in 2024,” Politico notes. “And holding the majority this fall in a tough environment could help keep some incumbents happier about running for reelection.”

Two seats in question belong to Sens. Jon Tester of Montana and Joe Manchin of West Virginia. Both are Democrats who have managed to get elected in red states, and probably Democrats’ best hopes for holding onto those seats. However, Manchin hasn’t made a lot of friends in the Democratic Party for not always going along with Joe Biden’s agenda and could face a primary challenger who might appeal to the party base but won’t have a prayer in the general election. Frankly, Manchin has angered Republicans as well, by striking deals with Chuck Schumer on legislation. He’s waiting until after the 2022 elections to make a decision on his political career, saying, “What I do in 2024 has nothing to do with what I do right now.”

Sen. Tester has also kept mum about what his 2024 intentions are. That said, he only narrowly won reelection in 2018, and his support for the Biden agenda probably means he’ll be extremely vulnerable in 2024.

Another potential problem for the Democrats is in Arizona. Sen. Kyrsten Sinema would probably be favored for reelection, but Arizona Democrats are looking to primary her. She’d have to survive a battle with a well-funded primary challenger before what will certainly be a tough general election.

Other Democrat Senators who are rumored to be considering retirement are Tim Kaine in Virginia and Bernie Sanders in Vermont. Virginia certainly seems ripe for a GOP pick-up, and even Vermont has potential since they have a Republican governor who, in the event of Sanders retiring, could run for the seat — and maybe have a shot.

Democrats may have a brutal night on Tuesday, but that could be child’s play compared to Election Day 2024.

James Woods to Sue DNC for Ordering Twitter to Censor
5 Things Democrats Want to Ram Through Congress in Lame-Duck Session
Can The Republican Party Be Saved?
Ford claims No. 2 spot in EVs behind Tesla – but gap remains wide
Golfer ‘bit off nose of competitor’ in row over game