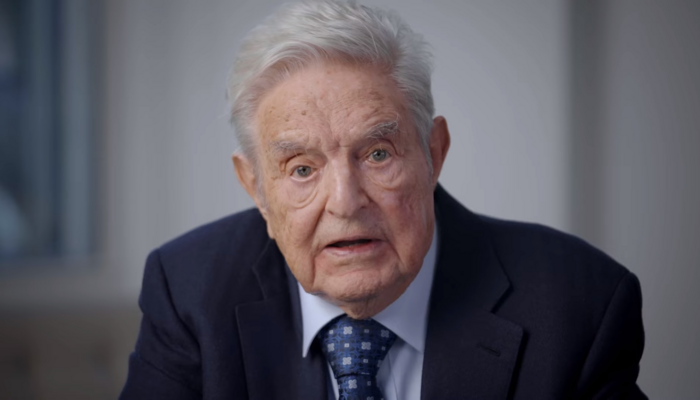 Why do conservatives care about liberal billionaire George Soros’ outsized influence in politics? Surprisingly, The New York Times just revealed at least 126 million reasons why Soros — the “largest donor of 2022” — is a big player in the Nov. 8 midterm elections. “The largest donor of 2022, by far, was a Democrat, George Soros, whose contributions of at least $126 million were nearly double the roughly $67 million that the next two largest donors, the Republicans Richard Uihlein and Kenneth C. Griffin, ponied up each,” The New York Times wrote in a Nov. 3 story on money in politics. But instead of drilling into Soros’ leftist activism, The Times wore its bias on its sleeve, claiming that “[b]oth parties have megadonors, but Republicans have far more.”

The Times is a little late to the Soros party. MRC Business exposed the Big Three evening news shows in February for completely ignoring the news on Soros’ down payment on the American political system. Soros seeded his leftist super PAC — Democracy PAC — with over $125 million, according to ProPublica data.

And to make things worse, Soros’ radical son, Alexander Soros, was set to serve as Democracy PAC’s president, according to a Jan. 28 Politico story.

Soros reportedly told Politico in the same story that his millions would go to supporting allegedly pro-democracy “‘causes and candidates, regardless of political party’ who are invested in ‘strengthening the infrastructure of American democracy: voting rights and civic participation, civil rights and liberties, and the rule of law.’”

But months after that interview in which Soros clearly laid out his leftist vision for transforming the country, The Times still found a way to blame “Republican megadonors.” The Times painted a picture of “an expanding class of billionaires” behind super PACs. Those PACs, of course, were supported “with enormous checks written mainly by Republican megadonors,” per The Times’s analysis.

And in another example of leftist favoritism, The Times mentioned “Soros” just four times in its massive, 1,803-word article. That was the same number of times that the article mentioned GOP donor Richard Uihlein, even though Soros hurled roughly twice as much money as Uihlein and billionaire Kenneth Griffin put toward influencing the midterm elections.

But The Times called that number “deceptive” because most of Soros’ contributions went to Democracy PAC, “which in turn disbursed only a small fraction of it, about $15 million.”

To repeat: Democracy PAC “only” disbursed “$15 million,” according to The Times.  What The Times omitted, however, was any evidence or indication that Soros would spend the rest of his millions on defeating Republicans in the 2022 midterms and beyond. In the 2020 election cycle, just two years ago, Politico reported that Soros gave “more than $80 million to other Democratic groups and candidates” for the 2022 and future election cycles.

Conservatives are under attack. Contact The New York Times at 1-800-698-4637 and demand it report honestly on Soros’ radical agenda to buy American politics and impose his will on the country.