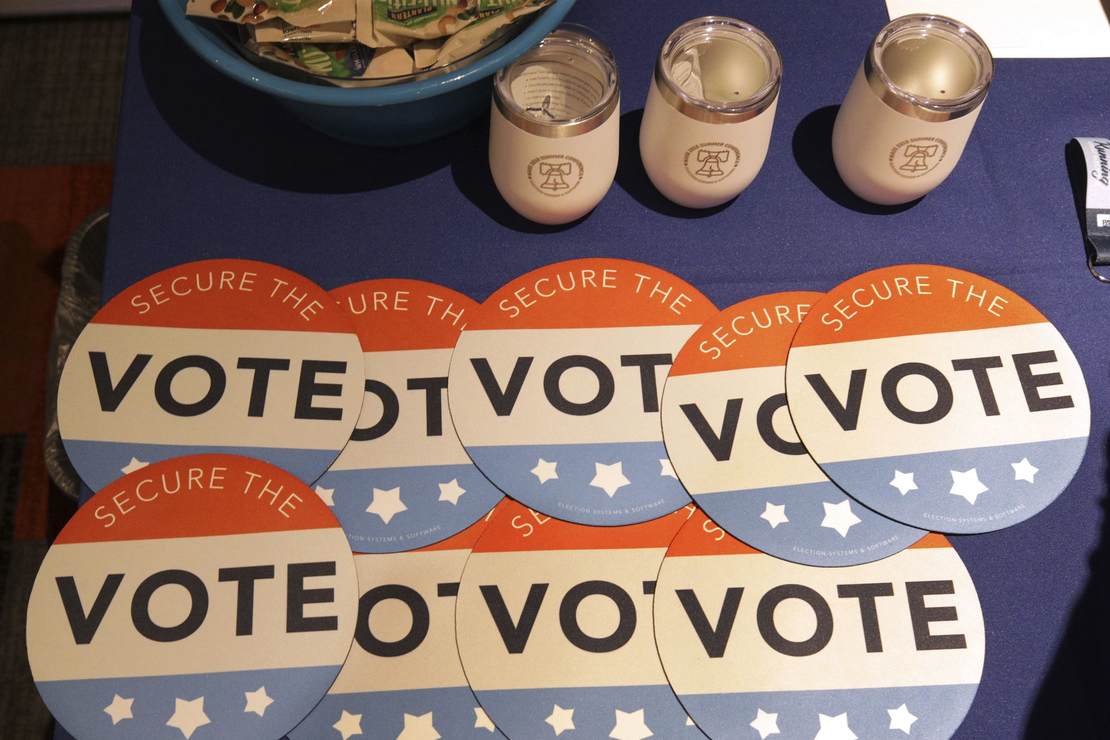 I’m not a big fan of making predictions… but I’m gonna do it anyway. For the longest time, the expectation has been that Democrats were likely to hold onto the Senate. But the dynamics have changed, and races long thought to be a sure thing for Democrats are suddenly competitive.

I’ve been following several races, monitoring polls and various developments, and have compiled seven key Senate races that I believe will ultimately decide which party wins on Tuesday.

So, without further ado…

I have to admit that I’d written off Nevada years ago. The powerful Democrat machine in the state seemed like too much for even the best-positioned Republican candidate to overcome. Yet, since mid-September, Republican Adam Laxalt has overcome incumbent Democrat Catherine Cortez Masto in the polling, and he leads the RCP average by just under two points. It’s an uncomfortably small lead; nevertheless, I think Laxalt wins this in a nailbiter very late in the evening.

This race was barely on anyone’s radar until recent polls showed incumbent Sen. Patty Murray’s (D) lead evaporate. Despite having a double-digit lead a couple of months ago, all recent polls have the race within single digits, with the notoriously accurate Trafalgar Group giving Murray a one-point lead, and InsiderAdvantage has her ahead by two points. Whether or not the GOP’s momentum in recent weeks is enough to help Republican candidate Tiffany Smiley eke out a victory is the real question though. As much as I’d love to see a victory here, I’d probably bet on Murray coming out ahead, albeit narrowly.

It’s clear to anyone who has been paying attention that Arizona has been trending blue for a while now, and this former red state is no doubt purple. Sen. Mark Kelly should be doing worse than he is in the polls, considering Joe Biden’s negative numbers in the state, yet, with the exception of a few polls showing the race tied, Kelly has had a lead throughout the campaign. The race has definitely tightened, though, as Republican Blake Masters has benefited from a really good performance in the one debate with Kelly, and former Rep. Tulsi Gabbard’s endorsement might help with late-breaking undecided voters.

Still, it’s hard to shake the fact that Kelly has had a remarkably consistent lead in the polls. That said, several recent polls in the gubernatorial race have Republican Kari Lake up roughly three points, and if she can pull it off, I suspect she’ll carry Masters across the finish line with her.

What the heck is going on in the Granite State? Sen. Maggie Hassan (D) was a lock for reelection two months ago. Now, she’s looking extremely close to early retirement. This one is looking to be a nailbiter, as Republican Bolduc briefly had a small lead in the RealClearPolitics average, though a new Emerson poll showing Hassan up four points put her back up in the RCP average, but only at +0.8. New Hampshire is a blue swing state, and if ever there were a year that was good for a Republican to be elected in a statewide election, this is the year… but Bolduc’s momentum may have come too little and too late for him to oust Hassan.

Republican J.D. Vance looks pretty good here. With the exception of a few outliers, Vance has led every poll, and his RCP average lead has increased in the past week. Ohio is a light red state, and in a year that is supposed to go well for Republicans, there’s little reason to believe Vance won’t defeat Tim Ryan decisively.

This is a tough one. It’s hard to imagine how someone as radical as Raphael Warnock was elected in the first place. That aside, Herschel Walker, who was handpicked by President Trump, hasn’t been the strongest candidate and was trailing in the polls by more than five points a month ago. But his solid debate performance last month gave him some much-needed momentum. Warnock was in a bind ’cause he was way behind (in the polls), so Obama went down to Georgia to help him out. Despite Walker’s recent momentum, he has underperformed compared to Republican governor Brian Kemp, who has a substantial lead over Stacey Abrams.

Between Walker’s momentum, and Brian Kemp’s appearing to be on verge of getting reelected, my money is on Walker unseating Warnock.

I haven’t had a good feeling about this race for some time. Despite Fetterman’s stroke and his temporary absence from the campaign trail, he has somehow managed to have a steady lead in this race for months. But polls were also tightening the entire time, and there’s no use in denying that the recent debate was a disaster for Fetterman. After that debate, Oz started taking the lead in the polls, and he now has the lead in the RCP average.

Things look good for Oz at the moment, but a small lead is not one that makes me comfortable. I previously noted that Kemp in Georgia and Lake in Arizona could help the GOP candidates in those states, but Democrat Josh Shapiro has a healthy lead in the Pennsylvania gubernatorial race, which may help Fetterman in a tight race. What makes this race different is Fetterman’s health. His cognitive problems relating to his stroke were on full display in his debate with Oz, and that clearly made a difference to the voters.

My gut tells me this is one race we may not know the results of until very late Tuesday night, if not Wednesday or later. After the shenanigans that we saw in 2020 and the blatant attempt by Pennsylvania officials to count illegal ballots this year, it’s hard for me to make a prediction in this race.

…and Senate control goes to…

So, even with Pennsylvania in the “Who Knows?” column, my prediction gives the GOP at least 52 seats in the U.S. Senate and thus control of the upper chamber.

Thug allegedly tosses Molotov cocktail at cops — who tackle suspect, use baton strikes and ‘pain-compliance techniques’ when he resists arrest
The Supreme Court Is Considering 2 College Admissions Cases. Here’s What You Need to Know.
‘Boy in the box’ cold case murder victim identified after 65 years
Another Biden Family Corruption Cover-up Is Unraveling
Used vehicle demand and prices continue to decline from record highs