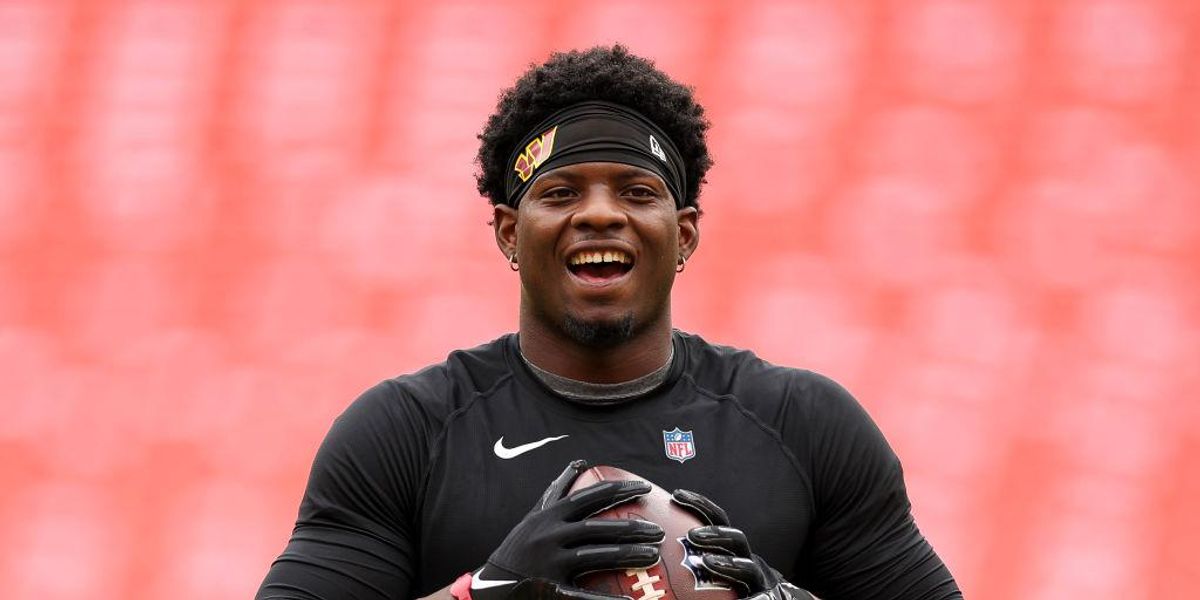 Police have announced that they have arrested a second suspect in the shooting and armed robbery of NFL running back Brian Robinson Jr., but they have not yet released the suspect’s name because he is only 15.

Robinson, a Washington Commanders rookie who played college ball at the University of Alabama, was shot twice in the leg on August 28th during the course of an apparent attempted carjacking in Washington, D.C. Robinson successfully fought off his attackers, who ultimately fled the scene without obtaining any stolen property. He underwent surgery to repair the wounds, and miraculously, made his NFL debut just 42 days later. He has 175 yards and one touchdown on 57 carries so far this season.

Police initially stated that they were seeking two juvenile suspects in the attack, and made their first arrest on Wednesday, an as-yet unidentified 17-year-old male, who police say was 16 at the time of the shooting. The second suspect, who was arrested Friday, was apparently only 14 years old at the time he shot and attempted to rob Robinson.

Metro police say the shooting is still under investigation, and encourage anyone with additional information about the shooting to call 202-727-9099.

After he was shot, Robinson posted to his Instagram “Surgery went well! Thanks for the prayers! God is great!” Robinson credited his faith in God and his love for football for his ability to aggressively rehab and get back on the field so quickly. “Once the doctors told me I’d be able to play ball again, my mind automatically clicked into what I needed to do to get myself back on the football field,” Robinson said.

At the time of the shooting, Robinson’s teammates, including quarterback Carson Wentz, admitted that many of them were shaken by the incident. “It’s sobering for sure,” Wentz said at the time. “This is real life. Things could have been a lot worse… these are real life issues and we are not immune to it.”