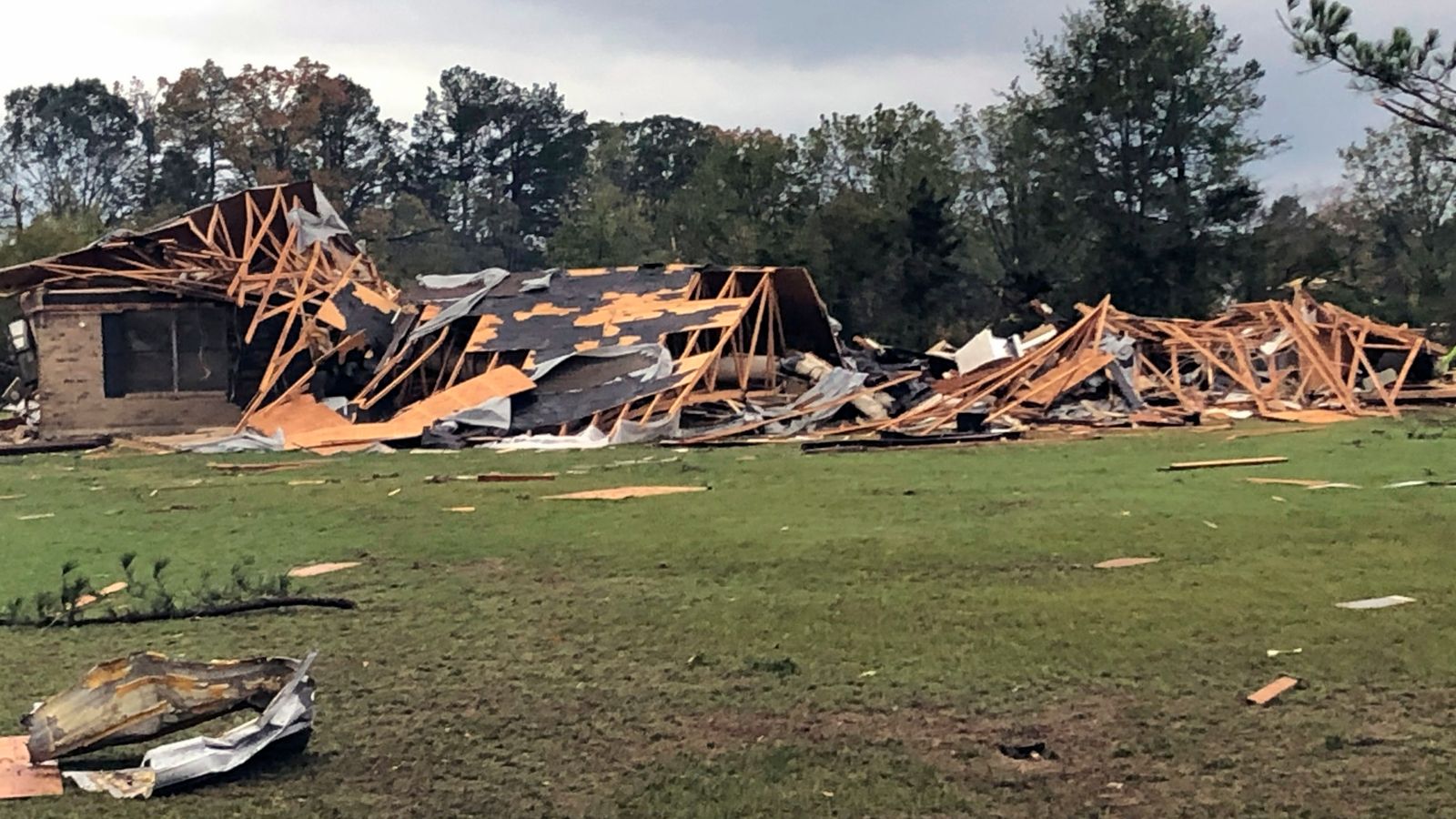 At least one person has been killed and dozens were injured after tornadoes tore through parts of Oklahoma and Texas, leaving a trail of destruction in their wake.

Search and rescue teams have been sent to the worst-hit areas with people trapped in ruined buildings.

Storms have also caused flash flooding in some parts.

Two towns to bear the brunt of the tornadoes were Powderly in Texas and Idabel in Oklahoma which both lie close to the border between the two states.

Idabel is located in McCurtain County, Oklahoma, in the southeastern corner of the state, where the authorities confirmed one fatality.

Steven Carter, an emergency management coordinator for McCurtain County, said: “There was total destruction on the south and east sides of Idabel.”

Emergency workers equipped with generators have been sent to the area to search for missing residents.

The National Weather Service said tornadoes were also reported in Texas and Arkansas and a storm system was heading towards Louisiana.

In Texas, authorities in Lamar County said at least 50 homes were wrecked and 10 people were treated at one hospital, including two with critical injuries.

No deaths have currently been reported.

County official Judge Brandon Bell declared a disaster in the area, paving the way for federal assistance and funding.

He said at least two dozen people were injured across the county.

After touching down, a tornado travelled north through the communities of Hopewell, Caviness, Beaver Creek and Powderly, the county sheriff’s office said.

Randi Johnson, chief of the Powderly volunteer fire department, said: “It’s going to take a long time to get this cleaned up, but the community came together.

The town is about 45 miles west of Idabel and some 119 miles northeast of Dallas.

Meanwhile, at least five tornadoes have been confirmed along the Mississippi and Alabama coastline.

‘Reckless driver’ crashes truck into two cars at a Walmart. Police said it was a dog with a ‘guilty look’ on its face.
It Is Time to End the COVID-19 Vaccine Mandates
Elementary school principal commits suicide at Disneyland after being charged with child endangerment and battery
CNN Host Laments HIV Patients Not Allowed to Donate Blood
From Plummeting Test Scores to Woke Curriculums, Ben Carson Addresses America’s ‘Crisis in Classroom’