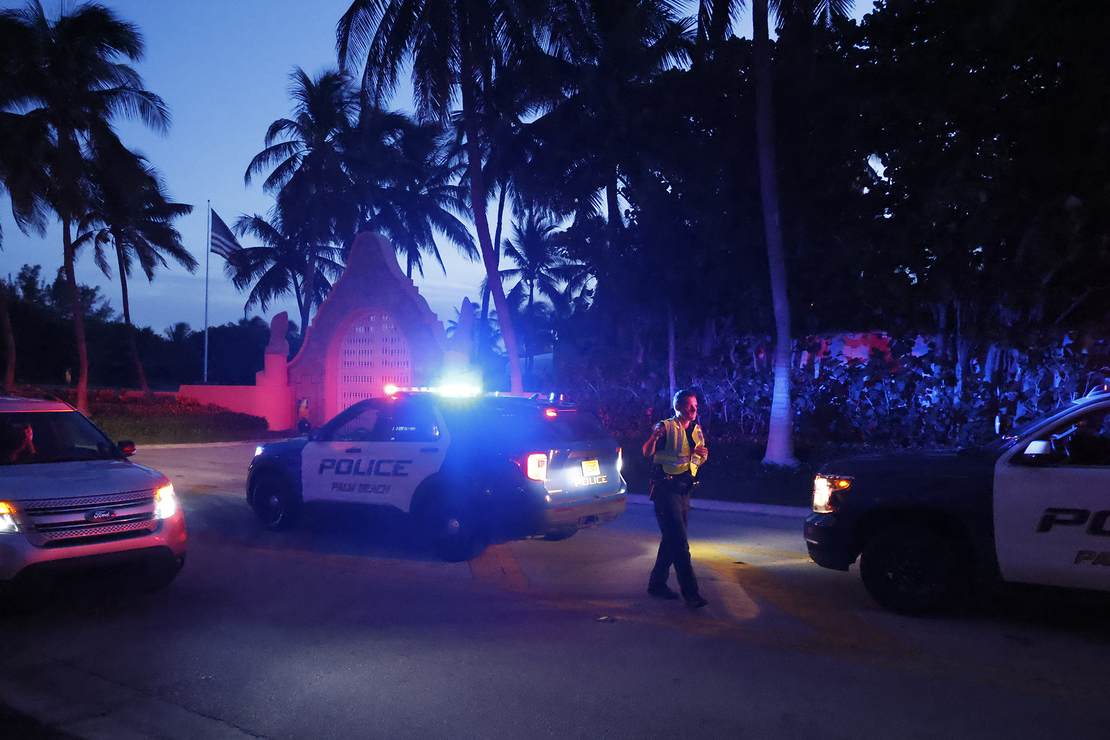 On this week’s Florida Man Friday, we have the worst getaway car ever, the most creative excuse ever, a genuine Mission: Impossible moment, and what looks like the Air Force’s not-so-secret message to Russian forces in Syria.

Florida Man was stopped on an Interstate 75 ramp near Marion Oaks on October 23 at about 4 a.m. after Marion County Sheriff’s deputies noticed the vehicle’s hazard lights were on and that the tires on the driver’s side appeared deflated.

A deputy then realized that the tires were not deflated but were missing and Florida Man was “driving on what remained of the rim,” the sheriff’s office wrote on Facebook.

These things happen; I get it. It was only a few weeks ago that I brought you the story of California Woman cruising down the interstate with a missing tire, sparks flying everywhere.

So what makes this instance of driving with missing tires?

When asked about the damage to the vehicle, Florida Man told the deputy someone had put a curse on him and that he had hit a curb too hard. The driver said he was given a “do or die” choice in which he could either drive home without tires or set the car on fire and sleep on the median

For some reason, the police at this point insisted on a field sobriety test.

“If you mess with me right now, let me tell you something, I’m going to break your head with a baseball bat,” he told the deputy. “I’m going to … skin you alive.”

It took quite some doing to get Mr. F. Man in the police cruiser, probably because of all the spitting and kicking and resisting.

On reflection, it might not have been the car that was cursed.

He again refused a breathalyzer at the police station.

#ProTip: The next time your car is cursed and you believe you must either drive it with missing tires or set fire to it and pass out by the highway, try hailing an Uber.

As always, one point in each category except when I say differently.

I might need to add Spitting/Kicking as a new category.

One of my favorite “The Far Side” panels showed a guy wearing a chicken suit, bouncing around on spring-loaded shoes, knocking people out with a giant hammer. Surrounded by unconscious victims, the guy was showing the police a slip of paper.

“Well I’ll be darned,” says one of the cops. “I guess he does have a license to do that.”

We live in a world where “The Far Side” is made real, thanks to Florida Man:

During a “consensual encounter”, the officers said FM gave them permission to search him. He then produced a pack of cigarettes from his pocket and a bag with a substance that was later revealed to be meth.

FM was taken into custody where he told the Pinellas County deputy sheriff to call “the FBI and Saint Petersburg Police department because he is allowed to carry methamphetamine.”

I guess maybe they had to let him go.

Worst. Cry for Help. Ever.

Florida Man Wearing A Camouflage Tarp And Carrying A Rifle, Looking To “Cause Havoc”, Arrested At Naples Jaguar Dealership

This all could have been so awful but instead, it’s all just so weird.

Florida Man showed up outside of a Naples, Fla. Jag dealer — wearing a camouflage tarp. The only thing I can compare that to would be wearing a Savile Row suit in a deer stand.

Although the guy in the suit is still less likely to draw attention to himself.

Turns out, Florida Man was loaded for bear:

But he never opened fire. Never even tried. He paced around the parking lot and then “hid” under the camo tarp until police arrived. They took Florida Man in without incident.

My guess here is one really very badly thought-out cry for help.

Anyone have any better theory?

SCORE: A record 5 points for WTF Were You Even THINKING?
RUNNING TOTAL: 12 FMF Points.

After trying to flee officers and wrecking his car, a Pensacola man was found with 191 grams of cocaine, pills and a stolen gun, according to the Escambia County Sheriff’s Department.

Deputies were trying to serve a warrant for FM’s arrest when they saw him driving a white Dodge Durango traveling southbound on Davis Highway. Deputies said they tried to conduct a traffic stop when the vehicle started to increase speeds and maneuver through traffic.

As deputies approached the curve, they said they saw obvious signs of debris and the vehicle wrecked in the yard of 820 Johnson Ave. Deputies said they then saw him running from the vehicle and were able to apprehend him.

To be fair, when there’s a warrant out for your arrest and you’ve got a bunch of coke in your car, of course, you try to make a run for it.

And of course, Florida Man was driving around with coke and a bench warrant.

A man riding his paramotor at the right place at the right time helped rescue a woman after her car ended up in a south Florida canal.

Cristiano Piquet told WSVN that a splash caught his eye.

“Then I turn around to get a better shot with my GoPro, and I see a car in the canal, in the same canal,” he said, “and I flew closer to the car, and I saw someone inside the car, like, asking for help.”

Piquet landed near the canal and ran over to help the woman. The rescue was all caught on camera, and he posted the subsequent video to social media.

I realize there were a bunch of bonus points this week, and maybe some readers think that’s a cheat.

But some stories deserve them, and this week had more of those stories than usual.

So with that in mind, Florida Man scored a record-breaking average of 4.4 points per story.

Meanwhile, over the Mediterranean…

Air Force claims ‘no intent by the pilots’ to draw sky penis near Russian base in Syria.

Not the first time, either.

If we’re being totally honest, I’ve never met an Air Force pilot who wouldn’t do that.