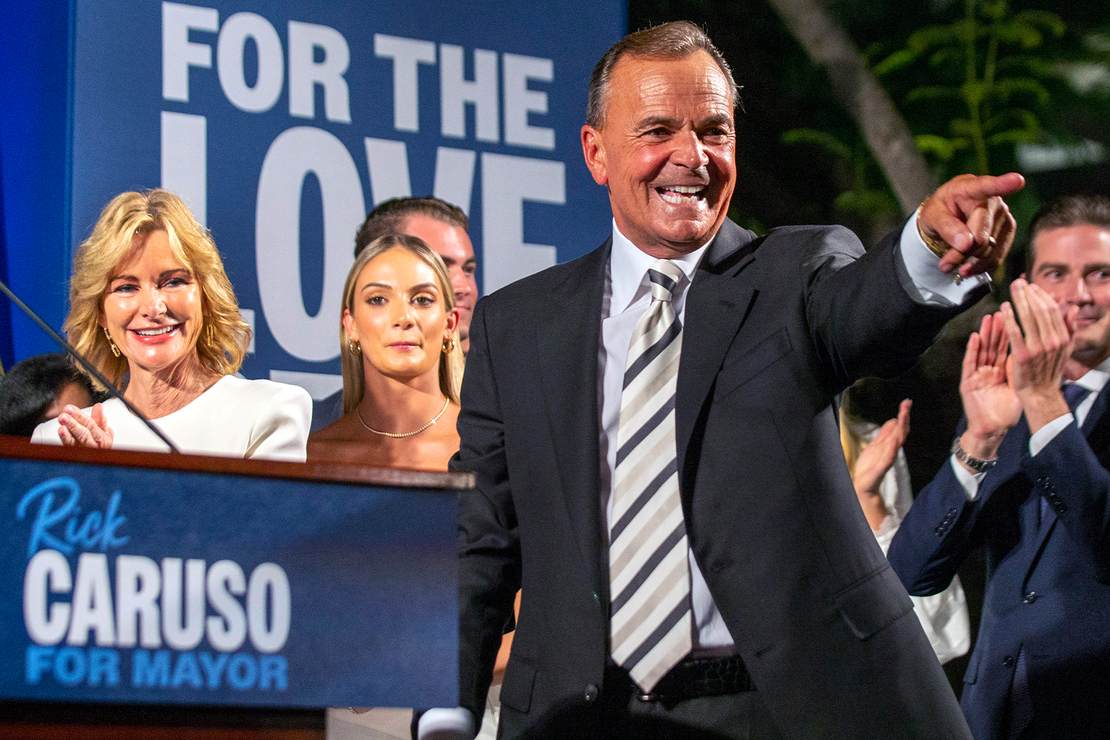 Nicole Avant, who served as U.S. ambassador to the Bahamas under Barack Obama and is the wife of Netflix co-CEO Ted Sarandos, spoke about the city of Los Angeles to Common Sense writer Peter Savodnik.

“Who is in charge here? How is this happening? It’s the drug addicts in front of people’s houses, it’s people naked in the street — there’s so much chaos, and Rick is the opposite of that, and we just need to reel things in and do things in a different way,” she said.

The “Rick” she was referring to is Rick Caruso, a billionaire developer running for mayor of L.A. Avant’s father is a legend in the music industry and has managed some of the biggest acts in the business. They call him “The Black Godfather.”

But Avant will not be supporting the former Congressional Black Caucus chair Rep. Karen Bass (D-Calif.) for mayor. In 2020, she was on the VP shortlist and has been endorsed by Barack Obama.

Avant will be supporting Caruso on Nov. 8 when Los Angeles voters go to the polls to elect a new mayor. “I don’t ever vote on race or gender,” Avant said. “I’m a free thinker. People told me not to support Barack Obama and to support Hillary Clinton for the same reason because she’s a woman. You can’t win.”

Caruso’s list of supporters is surprisingly long for a former Republican who now lists his party as “decline to state.”

“The concept of hiring the best person for the job, especially in a situation like this, is not gone,” Bryan Lourd, co-chairman of the Creative Artists Agency and a Caruso supporter, told Savodnik. “I don’t think this city survives with more of the same old ideas about leadership.”

Caruso counts Elon Musk among his supporters, as well as Gwyneth Paltrow, Kim Kardashian, and Snoop Dogg. But many of Caruso’s Hollywood supporters are reluctant to admit it. That’s how strange this election is in Los Angeles.

They had arrived at Caruso in a way that was not so dissimilar to that of Republicans who, in 2016, had rallied to Donald Trump, though the Caruso campaign hates the Trump analogy. But it was hard to avoid: The old ways of doing things had failed, the whole thing was broken—the schools, the City Council, the outgoing mayor, Eric Garcetti, the Covid policies, the progressive DA—and someone needed to come in and shake things up.

“Eric—we’re very good friends, but he’s spent his entire time doing whatever he could to piss off the fewest people possible, and he’s wound up pissing off everybody,” a Democratic bundler told me. (Nearly everyone I spoke to said some version of this.)

Caruso is a political rookie who, if he wins, will be handed a catastrophic mess of a city with homelessness, a rising homicide rate, and the growing sense that things are massively out of control. But the city had help in its fall. And many of the Hollywood left are pointing the finger at the district attorney who criminals — but few others — are cheering.

The aborted effort to recall DA George Gascòn has contributed to the sense of chaos. Gascòn entered office in the aftermath of the George Floyd unrest, and his election was welcomed with open arms by the Hollywood left. But then his lenient policies led to a rise in crime and chaos on the streets that has forced a radical shift. Many Hollywood leftists have been mugged by reality and are finally sobering up.

Everyone in L.A. has had that moment when something awful and crystallizing happens. Perhaps it was the UCLA graduate student stabbed to death in a furniture store. Or the college student shot and killed near USC. Or the 12-year-old in Wilmington struck by a stray bullet.

For many in Hollywood, it came on December 1, 2021, when a robber—a repeat offender—broke into the Beverly Hills home of Nicole Avant’s parents. He shot Avant’s 91-year-old mother in the back, killing her—and later, according to court records, laughing and bragging about it. He did not expect to spend the rest of his life in prison; he figured Gascon’s office would be lenient. (He was wrong.)

Lysa Heslov made an award-winning documentary about women serving in the military. Heslov said, “I really had to put my Trump PTSD aside and look at what was best for the city and what was best for my kids living in the city.” The more important thing, she said, was that she thought Caruso could fix things. “It’s fantastic to elect Karen, but you can’t make your decisions based on the color of somebody’s skin.”

No, Los Angeles isn’t going to suddenly become MAGA La-La-Land. But the underlying message is that all of these leftists are frightened. They haven’t quite experienced an epiphany and connected their support for radical policies to the breakdown in civil society. But they’re getting there.

And they’re a lot closer today than they were a year ago.