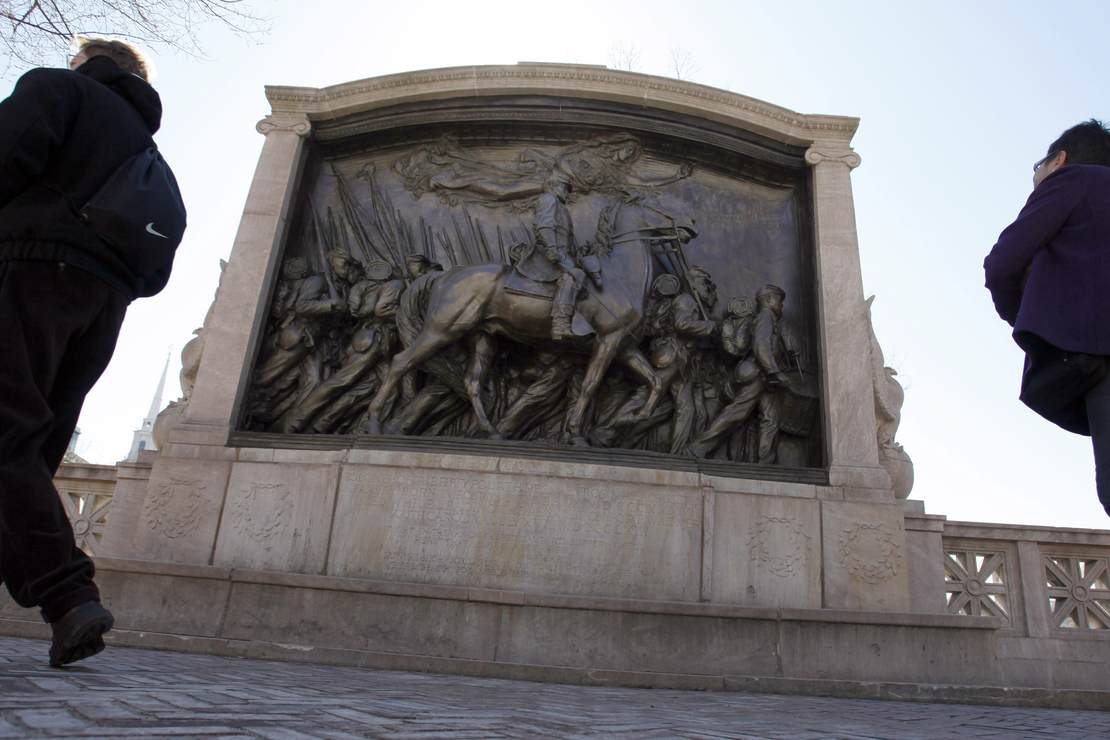 Quick! Someone cue up “Ashokan Farewell.” Dust off your copy of the Sullivan Ballou Letter! Civil war’s a’comin’, Ma! We’ll lick them Rebs!

Are you a white Christian man? Stop planning that civil war right now! Because of changing demographics, you, white man, are losing your power, privilege, and position and are getting ready for civil war. You are a false patriot and prone to violence. You, sir — yes, you — are a danger! Why, as I write this, you and your fellow rebels are no doubt preparing your initial attack on the 21st Century equivalent of Fort Sumter! The true defenders of democracy in D.C. and the media are on to you.

Okay, I’m paraphrasing a little bit, but that’s the gist of the statement made on the Tuesday edition of Amanpour and Company on PBS. If it’s on PBS, it has to be true, right? Professor Barbara F. Walter, who authored the book How Civil Wars Start, was the guest, and Newsbusters published a clip:

Walter has been trotting out this trope for a while. The above-mentioned book was published in January of this year and is just one of several tomes devoted to demonizing the right (white Christian men in particular) and warning of an impending home-grown conflict. In July of 2022, Business Insider ran a piece that attributed this thought to Walker:

“…when people in these unstable democracies begin to organize political parties along the lines of racial, religious, or ethnic identity, not completely dissimilar from many members of the Republican Party’s stoop toward embracing white supremacy in recent years.”

The article went on to quote her as saying “Watching what happened to the Republican Party really was the bigger surprise — that, wow, they’re doubling down on this almost white supremacist strategy.” The Washington Post ran an article about Walter and warned about people preparing for civil war. To be fair, Walter and her compatriots are not saying civil war is inevitable, but that a heightened potential for it exists. This civil war, argues Walter, will not be fought along a shifting Mason-Dixon line, but in the form of insurgencies throughout the country. Oh, insurgencies — like all of those mostly peaceful if fiery protests? Insurgencies like CHAZ/CHOP zones? Insurgencies in which free speech is equated with hate speech, and the heckler’s veto ensures that only one point of view will be heard? How about elected officials calling for a day of reckoning against Supreme Court justices? Or do we mean elected officials telling people to harass Republicans?

No, we are talking about insurgencies like January 6th, which is one situation that got out of hand. Or like the fools that stomped around at the “Unite the Right” rally, fools who did not represent the vast number of conservatives in the nation. But those instances are conflated with others to create the illusion of impending doom at the hands of half the country. We are also talking about “insurgencies” like parents attending school board meetings and demanding changes in the curriculum or policy that are harmful to their kids. Or people showing up to support a Donald Trump rally. “Insurgencies” such as people protesting the sexualization of children. “Insurgencies” like pro-life demonstrations. Insurgencies that can be exaggerated and co-opted in order to send shivers down your back as you stare over the parapets, waiting for a sea of red caps to seize control of your country and your life.

And of course, it has to be white men. The Left does not know what to do with people like Larry Elder, Clarence Thomas, Thomas Sowell, Candace Owens, Winsome Sears, or especially Mayra Flores, a Mexican-born Republican. They are equally flummoxed by the Muslims who protested the sexually-charged school books in Dearborn. The only thing they can do with these people is what they always do: blame it on white, Christian men and their propaganda. And if the Department of Justice needs to violate Americans’ constitutional rights to protect the country, so much the better. We have to destroy the nation to save it. And that in part means slapping a warning label on white, Christian men.

That PBS would re-run this scenario so close to the election is no surprise. That the Left cannot see its own insurgencies is no surprise, either. The simple fact is that things like a crashing economy, the dramatic uptick in crime, and the general decay of America, particularly in blue states and cities, are not going unnoticed and affect people of all races. If the Left is unable to tout its successes, it needs to retreat to race. It is the best tool it has to divide us. So naturally, the Leftists run to their safe space in which they invoke images of rebellion and a subliminal suggestion of the War Between the States. It gives them the gravitas, drama, and excuses they need to suppress ideas and people and solidify the idea of one-party rule.

Somebody get Ken Burns on the phone. I smell a documentary.

Ford claims No. 2 spot in EVs behind Tesla – but gap remains wide
Let them eat cake: Delta Airlines announces that Sky Club members will no longer be able to use Sky Club lounge if they fly economy
Kanye West suspended from Twitter after sharing image of swastika and praising Hitler
Democrats ‘Terminate’ the Constitution to Impose Their Agenda All the Time
The Dynamic of the Iran Protests is Changing as Armed Conflict Ignites in Separatist Regions